Presented by Temple Israel of Natick
and Perfection Lodge AF & AM

New York Times Best Selling Author Shonda Schilling is the mother of a child with Asperger's Syndrome and wife of retired Boston Red Sox All-Star Curt Schilling. Her book, The Best Kind of Different, describes her son Grant’s struggles and the heartbreaking and ultimately blissful journey she and Curt took to understanding this often misunderstood syndrome.

Shonda spends much time and energy speaking publicly about Asperger Syndrome and generating awareness for children with autism spectrum disorders. She works closely with the Asperger’s Association of New England and the YouthCare (now called ASPIRE) organization, and has been a comfort to other families with children on the autism spectrum, letting them know they are not alone. 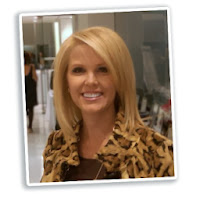 Schilling is also a cancer survivor. Her public battle with malignant melanoma, the most deadly form of skin cancer, has been featured in publications and on television.

Shonda invited Good Morning America and the nation into the operating room to witness her fifth and final surgery, hoping her sun-safety message might inspire others to alter their sun habits.

In 2002, Shonda created The Shade Foundation of America, dedicated to eradicating melanoma through education regarding the detection of skin cancer and the promotion of sun safety. The foundation partnered with the Environmental Protection Agency to create SunWise, a program that helps teachers teach sun safety awareness to children in grades Kindergarten through eight.

Shonda grew up in Maryland and graduated from Towson State College. She worked in television production for Home Team Sports in Baltimore until marrying Curt Schilling in 1992. They have four children and reside in Medfield.

Silent Auction to benefit Temple Israel of Natick, Perfection Lodge and the Masonic Angel Fund. For additional information, please contact Stew Brandt by email to perflodge@gmail.com or by calling 508-561-9852.
at 9:18 AM