Omega-3 Fatty Acids Linked to Decline in ADHD in Rats

Norwegian researchers say they found a clear connection between omega-3 fatty acids and a decline in attention-deficit hyperactivity disorder symptoms in rats.

Ivar Walaas, a professor of biochemistry at the University of Oslo, and colleagues observed the behavior of rats and analyzed biochemical processes in their brains.

The results showed a clear improvement in ADHD-related behavior from supplements of omega-3 fatty acids, as well as a faster turnover of the signal substances dopamine, serotonin and glutamate in the nervous system.

However, there was a clear gender difference -- a better effect from omega-3 fatty acids was achieved in male rats than in female. 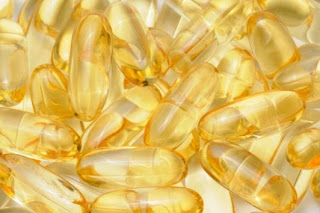 The psychiatric diagnosis for ADHD is purely based on behavioral criteria and the molecular genetic background for the illness is largely unknown.

The findings indicated ADHD has a biological component and that the intake of omega-3 might influence ADHD symptoms.

"In some research environments it is controversial to suggest that ADHD has something to do with biology," Walaas said in a statement. "But we have without a doubt found molecular changes in the brain after rats with ADHD were given omega-3."
at 7:27 PM