Schools Can’t Prevent Bullying Alone—Parents, Teachers Need to Get on the Bus 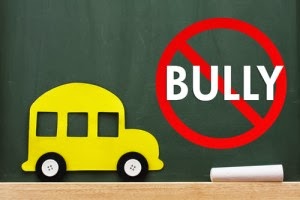 The suicide of 12-year-old Rebecca Sedwick in September in the wake of repeated cyber-bullying is a tragic and timely reminder of bullying’s consequences. October is National Bullying Prevention Month, which means schools across the U.S. are rolling out skits, posters and even apps to raise awareness and prevent bullying.

However, the practice is pervasive; in 2009, one in five high school students admitted being bullied at school.

Yet, a recent study suggests that bullying prevention programs help bullies hone their harassment skills. Has this study delivered a knock-out blow to these efforts?

Bullying prevention is far from down for the count, says Peter Raffalli, M.D., pediatric neurologist and director of the Bullying and Cyber-Bullying Prevention and Advocacy Collaborative Clinic (BACPAC) at Boston Children’s Hospital. Some programs, specifically long-term comprehensive efforts that aim to teach tolerance and compassion, can be effective, he says.

Parents can boost the effectiveness of bullying prevention efforts by learning about the school’s program and engaging kids in conversation, continues Raffalli.

A good starting point is to learn what bullying is and what it is not. “Bullying has a very specific definition, and when it’s overused, teachers and coaches can become de-sensitized.”

It Takes a Village

A study, published in the Journal of Criminology in September, indicated schools that had deployed bullying prevention programs saw increased peer victimization (or bullying) after introducing the programs.

The researchers, based at University of Texas at Arlington, did not differentiate between one-day assemblies and year-long curricula. In addition, the cross-sectional study focused on a snapshot of bullying at 195 schools, rather than a longitudinal before-and-after evaluation of prevention programs. 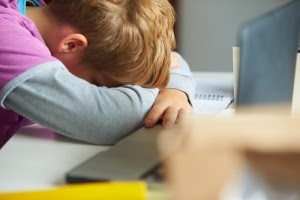 The researchers noted that “the effectiveness of bullying prevention has yet to be proven.” They also called for “systemic change” within schools.

Raffalli agrees. “We need to foster a tolerant culture in our schools. It’s not easy.” Effective bullying prevention is multi-faceted and complex, and it requires parents to partner with schools. Prevention programs should introduce tolerance, compassion and problem-solving at the pre-school level and continue through high school. Waiting until middle school to introduce bullying prevention may be too late, as it’s very difficult to reverse behaviors after early adolescence.

Teachers should be engaged as well. History teachers, for example, may integrate discussions about individual differences as they relate to historical events.

Developing and deploying an effective program is easier said than done, says Raffalli. Massachusetts law requires evidence-based, age-appropriate instruction on bullying prevention in each grade that is incorporated into the curriculum of the school district or school. However, critics claim the law lacks requirements to track bullying, and that it is underfunded and without oversight.

Cash-strapped and time-pressed schools may designate a one-hour assembly as bullying prevention. It’s a start, but doesn’t go far enough. “Assemblies and posters raise awareness … temporarily. But kids become de-sensitized and the behavior and culture of the school don’t change. These strategies need to be supported with curriculum.”

Some schools make other basic errors, too. The “Kumbaya model” with the bully and victim sitting together to hash out their differences is a no-no. “We know mediation doesn’t work with bullies, but teachers continue to suggest it.”

What can parents concerned about their own child’s victimization or school climate do? Raffalli suggests: