MUST READ: Should We Welcome the "Gift" of ADHD — or Return it?

The ADHD re-packaging is not as meaningful and inclusive as it needs to be.

Why does ADHD have to be a curse or gift? Can't it just be a thing?

As ADHD Awareness Month wraps, I’m fighting queasiness. Why, when the coverage is so upbeat? The last few years have seen a vigorous public relations effort on behalf of Attention Deficit Hyperactivity Disorder. Books, blogs and websites announce that, contrary to what we might have heard from soulless medics and researchers, ADHD is a gift. 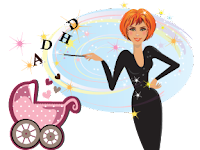 We’ve had self-disclosures from attention-challenged celebrities (TV host Howie Mandel, singer Adam Levine and others). There’s the inevitable line up of dead heroes posthumously diagnosed with the condition (Mozart, Einstein, Franklin). The British writer Hanif Kureishi, among others, has argued that distraction serves a vital function in steering us away from tedium and towards creativity and pleasure.

Most startlingly, there's a theory that the USA was colonized because of ADHD – by mavericks and pioneers who couldn’t sit still in their home countries.

In this sense, public awareness is evolving as it has on Asperger’s Syndrome. I’m diverting from my usual Asperger theme here because ADHD is so often (always?) part of the autistic mind — and because ADHD Awareness Month validates digression. But I’m diverting cautiously.

Many of us have had it up to here with being told we or our children are broken and disordered: questioning the ADHD-as-gift theory could seem to imply that attention-challenged people are indeed less worthy, ungifted, inherently problematic. I’m not saying that. Instead, I’m asking whether the gift message is as meaningful, as inclusive, as the message needs to be.

Through the lens of ADHD revisionism, the condition resembles a set of valuable skills and adorable quirks. I noticed this two years ago, when Vogue, marking ADHD Awareness Month, brought us a luscious photographic spread of a sequinned woman in her kitchen pointing a remote control at something out of sight while water cascaded from the sink like showers of diamonds.

“Distracted? Forgetful? Anxious? Adult ADHD or normal life?” asked the cover line. The writer sought a biomedical explanation for her symptoms — most memorably the piles of papers littering her house — and was gratified when her psychotherapist described the typical ADHD personality as creative and intuitive, compassionate and energetic (“My husband smiled, and I did too. That sounded like me”). She was disappointed not to qualify for the diagnosis.

And no wonder. In the New York Times, the psychiatrist Edward Hallowell, one of ADHD’s most high profile spokespeople, was making it sound like a ticket to the Mayflower Society. The American gene pool, he said, is “loaded for” ADHD:

“Consider the central symptoms of the condition: distractibility, impulsivity and restlessness. Consider also the positives that so often accompany ADHD: being a dreamer and a pioneer, being creative, entrepreneurial, having an ability to think outside the box (with some difficulty thinking inside of it!), a tendency to be independent of mind and able to pursue a vision that goes against convention. Well, who colonized this country? People who have those traits! Back in the 1600s and 1700s, you had to have special qualities — some would say special craziness — to get on one of those boats and come over to this uncharted, dangerous land.”

It's easy to understand where this is coming from. For more than two decades, a raucous fight over ADHD and its standard treatment (stimulant medications) has played out in Congress and courtrooms, schools and homes, and the mainstream media. For years, most of the personal coverage of ADHD came from anguished parents.

Children (real and fictional) who had the diagnosis were the subjects of an almost relentlessly bad press. “Your son is a ravenous demon gnawing at all that is good and true,” the school principal told Marge Simpson after Bart was diagnosed.

Negativity and misinformation have driven countless arguments about evaluation and accommodations, often to the detriment of those who need support.

Meanwhile, though, another ADHD crowd has been gathering: adults. An estimated 4% of US adults have the condition (most are undiagnosed) and a dedicated subset of them is responsible for this genre of books and blogs that’s strikingly upbeat. Their stories demo the importance of the ADHD diagnosis for framing past struggles and guiding future choices. It has redemptive value.

To some advocates, though, the value is not simply in the label but in the thing itself. This is the narrative of ADHD as a gift, the attention-challenged mind hopping and skipping from one idea to another, making unexpected connections and manifesting as a powerful creative force. That model has received occasional support from academia.

“[W]hat makes this group of people so much more successful than others?” asked Jennifer Koretsky, the blogger behind experiencingADDvantages.com. After Justin Timberlake spoke publicly of his ADD (and OCD), Koretsky noted his creativity, multiple talents and likeable personality, all of which she found indicative of the condition, as if he couldn't have those things without it.

ADHD is credited for the success of assorted superstars, like the Olympian Michael Phelps and the former CEO of JetBlue, David Neeleman. In Percy Jackson and the Olympians: the Lightning Thief, author Rick Riordan gave us a fictional superhero whose attention deficit traits save him in battle.

Children crave heroic models, of course. Good news and perky case studies cater to the appetite of vulnerable individuals and parents. Presumably this message is intended to de-stigmatize the condition, inspire hope. It offsets the controversial premise – embodied in the Diagnostic and Statistical Manual of Mental Disorders published by the American Psychological Association – that neurological conditions are necessarily pathological, requiring cure.

ADHD, in its terminology, suffers the double whammy of deficit and disorder. The giftedness theme is key to the concept of neurodiversity, which emphasizes the value of neuropsychological difference to human achievement.

There is a delicacy to celebrating the strengths of a neuropsychological condition like ADHD or autism without minimizing the challenges. Research on the association between ADHD and creativity has yielded mixed results, and the case for ADHD as a gift often seems speculative or selective. It tempts advocates off the scientific high ground, as when Koretsky cites a group of high achievers as representative of this condition. What of the school drop-outs, the impulsive jail population, and the vast majority between these two extremes?

Hanif Kureishi, too, takes liberties, implicitly equating ADHD with boredom, and presenting the choice for highly distractible people as one between the authentic self or the medicated self, with no acknowledgement of medication as a possible route to an equally authentic self.

Russell Barkley, a leading research psychologist specializing in ADHD, has been cautioning for years against the giftedness theme. "[T]here is a profound tendency in the US right now for advocates to roll everything about a patient under the tent of their ADHD and use it to account for everything," he told a Canadian audience in 2009.

The blogger Jeff Siegel of jeffsaddmind.com writes, “The mythology of the Gift of ADHD has caused me years of heartache.” Siegel accuses Hallowell and others of breaching his trust, and suggests possible warning labels for this “gift”: the biohazard symbol, the skull and crossbones.

I was musing on all this as I stared into the depths of Edward Hallowell’s gene pool. And it turned out those depths are actually shallows, murky ones at that. ADHD is not an American phenomenon: the prevalence is similar in some other countries. And gene pools have racial undercurrents. African-American children are diagnosed with ADHD at a rate close to that of white children – but many ancestors of African-Americans did not arrive here as restless visionaries but as captives.

The goal of reducing stigma is hardly served by a theory of ADHD and American exceptionalism that once again excludes our most historically marginalized racial group.

Then there’s the anachronism. When life is perilous at home and the only safety net is God, as in seventeenth century Europe, perhaps attempting a precarious new existence abroad doesn’t require unusual neurology. Unmedicated ADHD types wouldn't clear the wilderness in any case. They'd prance off in pursuit of butterflies, dropping the colony’s best ax where it won’t be found till 1847.

Perhaps what bothers me most about the notion of ADHD as a gift is its pandering to populism and stereotype. What doesn’t kill us makes us stronger. Inside every idiot is a savant and inside every savant an idiot.These memes lend themselves nicely to refrigerator magnets and commonly pass for wisdom. But they are untrue, and what they imply about our tolerance is not true either.

We don’t appreciate neurological and behavioral difference. We routinely marginalize those who reveal it, letting them drop out of school and society, if not giving them a push.

This, presumably, explains the appeal of ADHD revisionism for some of those with the condition: if they’re not discovering the Theory of Relativity, they’re discovering America. But people with neuropsychological conditions shouldn’t need to justify their existence by proving themselves as geniuses or artists or great leaders. Most of them aren’t. Why should they be? Most of us “typical” types aren’t either.

The gifted argument leaves behind the people who don’t have startling talents, for whom every day is a struggle and stability a true achievement – as well as those who never make it to stability.

Lucy Berrington is an English writer based in Massachusetts, and the parent of an Aspergerian teen. She has an M.S. from Tufts School of Medicine, and serves on the Board of Directors of the Asperger's Association of New England, a nonprofit supporting people with Asperger's, their families and professionals.

Her journalism and fiction have been published in numerous publications in the U.S. and U.K., including The Boston Globe, The New York Post, The New England Review, The London Times, The Guardian,The Independent online, Marie Claire, Cosmopolitan and Harpers & Queen. She read history at Oxford University and health communication at Tufts. The opinions expressed in Asperger's Alive! are her own.
at 6:49 AM