Online Dating, on the Autism Spectrum

Dating poses the same basic challenge for everyone: trusting someone else.

My brother, Hussein Al-Nasrawi, sits in his bedroom with his MacBook in his lap, clicking away on the keyboard. Hussein has olive skin and lanky arms. As he stares at his computer screen, he never cracks a smile; in fact, he doesn't smile very much in general. He logs onto the dating site OkCupid and begins answering some questions.

“What are you looking for?” the site asks.

“Someone to go out with,” he says to himself as he types each letter with undivided concentration.

“How do you feel about falling in love?” 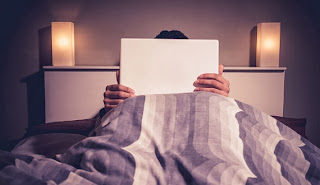 "For people with Autism Spectrum Disorders, online dating is an alternative to picking up people at bars or parties and risking potential in-person rejection."

Hussein knows everything there is to know about Disney. He can hear a song on the radio and play it note for note on the piano. He’s funny, but he can’t tell a joke. He’s loving, but he never shows affection. He is single, 22 years old, and autistic.

Hussein lives in the Bay Area and recently decided to join the more than 40 million people who are plugged into online dating.

Online dating can be an easier route for those who have trouble initiating conversation. For people with Autism Spectrum Disorder, it’s an alternative to picking up people at bars or parties and risking potential in-person rejection.

Garry Burge is 41, lives with his parents in Brisbane, Australia, and was diagnosed with autism spectrum disorder in 1998.

Over the years, he’s tried dating sites like the Canada-based LavaLife and Australia’s RSVP, but he found his most recent long-term relationship on Facebook.

“In 2008, I met a female on the autism spectrum in the United States,” Burge says. “That became sort of a long distance relationship for a while, and that collapsed due to the immigration difficulties.”

Despite having some success in online dating, Burge isn’t optimistic about finding a partner.

“I’ve got to the stage where I just find the whole concept of dating and relationships is just simply overwhelming,” Burge says. “I don’t think there’s any future in that direction for me.”

Jeremy Hamburgh is a New York-based dating coach for both neurotypical people and people with disabilities. He’s a Hitch for those who can hardly flirt, and he spends hours hiding behind book shelves and potted plants in bars and restaurants as his clients attempt to initiate conversation, then offers feedback later.

Hamburgh also leads workshops at Adaptations, a program through the Manhattan Jewish Community Center that teaches life skills to people with developmental disorders.

Hamburgh says that it’s part of his job to introduce neurotypical people to the idea that people on the spectrum are not as different as they may seem.

“One of the things that I work on with my online dating clients is trying to break through the stigma of autism by explaining what my client struggles with and what he or she is great at,” Hamburgh says.

The social stigma of ASD is something that Hussein and others grapple with regularly.

After a few hours of setting up his dating profile, Hussein shuts his computer and gets ready for bed, leaving his door slightly open. Even at 22, the dark still makes him anxious.

Hussein’s strict criteria becomes apparent with each question he answers. “I don’t look for perfect-looking girls, but I’m looking for a person who weighs the same as me and is not too tall or too short,” he says. “I’m also looking for a girl who has good hygiene, and nothing like fake nails or dentures.”

David Finch, author of the memoir The Journal of Best Practices, says that this “my way or the highway” outlook on life affected his own dating history. Finch was diagnosed with Asperger's Syndrome in 2008 by his wife, a speech therapist.

“I wasn’t born with the skills to be able to go with the flow,” Finch says. “It’s important to know that those differences are there.”

Wendy Katz, who works for a nonprofit in Louisville, Kentucky, met her ex-husband online, and after her divorce eight years later, she’s dating again. Diagnosed at 17, Katz has no problem being social, but she says it’s a daily practice. Online dating, she says, helps her get over her nerves.

“A lot of times people on the spectrum, when they talk, either their face or their vocal tone is kind of wooden. I mean I’ve worked hard on mine over the years,” Katz says. “When you meet someone online, you’re not looking at them and you’re not hearing them, you might not know that that person is different. It might give them more of a chance.”

When it comes to disclosing her diagnosis, Katz says she’s not embarrassed to tell people.

“If people that are functioning pretty well don’t out themselves then people are going to think none of us are functioning very well,” Katz says. “I’m trying to not be shy about it.”

Hussein, though, has reservations about mentioning his condition to his potential prospects.

“At the moment I don’t want to reveal that I have Asperger’s because some people who are already on OkCupid will think that ‘this person has a disability,’” he says.

But 23-year-old Leah Grantham took a different approach on OkCupid, opening up about her autism from the outset. “You can’t always tell if a person is autistic unless you start talking with them; a lot of us are pretty stealth about it. But we can be a lot more honest about it when we are doing online dating.”

She said she doesn't limit herself to dating only on the spectrum, though.

“I kind of go through a cycle in my dating life where I will want at one point to date people who are also autistic and be very insistent that my partner is on the spectrum,” she says. “And other times I take a step back and I say that I want to date somebody who’s not autistic because I kind of enjoy explaining things.”

"Online dating is its own world. How can you expect someone with autism, who is already poor at picking up on rules, to succeed in a world that has a totally separate set of rules?"

For many, having ASD is like wearing an astronaut’s helmet. You can only get so close to people before you realize you’re blocked by a thick layer of Plexiglass. ASD is more than just a disorder; it’s a state of being permanently misunderstood.

Characteristics of ASD include repetitive behaviors, communication difficulties like lack of eye contact, and coordination problems. Some on the spectrum also lack a filter.

“The one thing I am concerned about is,” Hussein says, “if I ask a girl something and the girl might get embarrassed.”

A few days pass before Hussein is back on the site.

“I’m researching girls,” he says, scrolling through rows and rows of women. Finally, he sends a message to a girl who catches his eye.

“Hello, my name is Hussein.”

All of Hussein’s messages say the same thing. While they are friendly, they show little to no personalization, a common pitfall when fishing for responses.

Hussein knows that because of his brutal honesty, he is often unable to process why anyone else would be dishonest. But building relationships online can be an important way for people on the spectrum to build up to in-person relationships by getting to know someone before anything progresses.

Throughout his online dating experience, Hussein has worried about his lack of filter, trouble customizing interactions, and anxiety about trusting the wrong people. Grantham, Burge, and Katz all agree that when it comes to dating online, autistic and neurotypical people alike face the same major hurdle: trusting someone else.

“When you think about autism in an abstract way, autism is a problem of not seeing the unwritten rules of life. People with autism don’t grasp the social cues, they don’t grasp the rules of engagement that you and I pick up as we go through life,” Hamburgh says.

“And then, when you think of online dating, online dating is its own world; it is its own ecosystem, and it abides by its own set of rules and norms. So how can you expect someone with autism who is already poor at picking up on rules to succeed in a world that has a totally separate set of rules?”

While Hussein is slowly figuring out the nuts and bolts of online dating, each day is a learning process. Each message is a step in the right direction, not just for him, but for each person on the spectrum looking for a companion.