The Joy of Making Things

In New Haven, CT, where I live with my husband and two sons, we are lucky to have nearby the Eli Whitney Museum. This place is the opposite of a please don't touch repository of fine art. It's an "experimental learning workshop" where kids engage in an essential but increasingly rare activity: they make stuff.

Right now, looking around my living room, I can see lots of the stuff made there by my older son: a model ship that can move around in water with the aid of a battery-powered motor he put together; a "camera obscura" that can project a real-world scene onto a wall in a darkened room; a wooden pinball game he designed himself. (You can view an archive of Eli Whitney Museum projects here.)

The people who run Eli Whitney call these hands-on projects "experiments." As they put it: "Experiments are a way of learning things. They require self-guided trial and error, active exploration, and testing by all the senses. Experiments begin with important questions, questions that make you think or that inspire you to create."

This process of exploring, testing and finding out is vital to children's intellectual and psychological development—but opportunities to engage in it are fewer than they once were.

"“Today kids are sealed in a silicon bubble. They don’t know how anything works.”

“My friends and I grew up playing around in the garage, fixing our cars,” says Frank Keil, a Yale University psychologist who is in his early 60's. “Today kids are sealed in a silicon bubble. They don’t know how anything works.”

Many others have noticed this phenomenon. Engineering professors report that students now enter college without the kind of hands-on expertise they once unfailingly possessed. At the Massachusetts Institute of Technology, “we scour the country looking for young builders and inventors,” says Kim Vandiver, dean for undergraduate research. “They’re getting harder and harder to find.”

MIT now offers classes and extracurricular activities devoted to taking things apart and putting them together, an effort to teach students the skills their fathers and grandfathers learned curbside on weekend afternoons.

Why should this matter? Some would argue that the digital age has rendered such technical know-how obsolete. Our omnipresent devices work the way we want them to (well, most of the time), with no skill required beyond pushing a button. What’s to be gained by knowing how they work?

Actually, a lot. Research in the science of learning shows that hands-on building projects help young people conceptualize ideas and understand issues in greater depth. In an experiment described in the International Journal of Engineering Education in 2009, for example, one group of eighth-graders was taught about water resources in the traditional way: classroom lectures, handouts and worksheets. Meanwhile, a group of their classmates explored the same subject by designing and constructing a water purification device.

The students in the second group learned the material better: they knew more about the importance of clean drinking water and how it is produced, and they engaged in deeper and more complex thinking in response to open-ended questions on water resources and water quality.

If we want more young people to choose a profession in one of the group of crucial fields known as STEM—science, technology, engineering and math—we ought to start cultivating these interests and skills early. But the way to do so may not be the kind of highly structured and directed instruction that we usually associate with these subjects.

Instead, some educators have begun taking seriously an activity often dismissed as a waste of time: tinkering. Tinkering is the polar opposite of the test-driven, results-oriented approach of No Child Left Behind: it's a loose process of trying things out, seeing what happens, reflecting, evaluating, and trying again.

“Tinkering is the way that real science happens, in all its messy glory," says Sylvia Martinez, co-author of the new book Invent To Learn: Making, Tinkering, and Engineering in the Classroom. Martinez is one of the leaders of the "makers' movement," a nationwide effort to help kids discover the value of getting their hands dirty and their minds engaged.

The next generation of scientists—and artists, and inventors, and entrepreneurs—may depend on it. 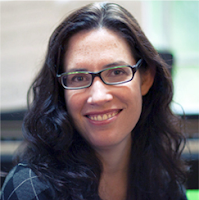 Annie Murphy Paul is an author, journalist, consultant and speaker who helps people understand how we learn and how we can do it better.

A contributing writer for Time Magazine, she writes a weekly column about learning for Time.com, and also blogs about learning at CNN.com, Forbes.com, MindShift.com, PsychologyToday.com and HuffingtonPost.com.

She contributes to The New York Times Magazine, The New York Times Book Review, Slate, and O, The Oprah Magazine, among many other publications. She is the author of The Cult of Personality, a cultural history and scientific critique of personality tests, and of Origins, a book about the science of prenatal influences. She is now at work on Brilliant: The New Science of Smart, to be published by Crown in 2013.
at 8:33 AM