The Top Special Needs Videos of 2013 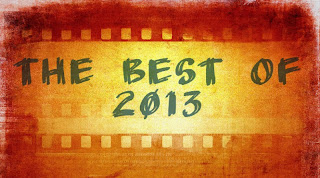 Over the course of 2013, there have been many videos about individuals with special needs that have made you laugh, cry or feel inspired. Here are favorite special needs videos from 2013.

1.) A Special Letter in the Mail

Rion Holcombe, a 20 year old with Down Syndrome, gets a special letter in the mail, and his dream comes true: the chance to become a college student!

When he arrived at the school, Musharaf “Mushy” Asghar could barely talk, was badly bullied, and had just a 34% attendance record. Watch Mushy as he finds his voice and delivers this amazing speech to his classmates. Share this with anyone who needs a little inspiration today!

Steve Hartman of the CBS Evening News meets the Olivet Eagles, a middle school football team who took a fledgling player under their wing and executed what may be the most successful play of all time. Box of tissues needed for this one.


4.) What It’s Like to Have a Brother with Autism

Spencer Timmes tells the world what it is like to have an older brother with autism, In this video, Spencer shows how blessed he is to have Mitchel as his brother.

Green Bay Packers Quarterback Aaron Rodgers might be out for a few weeks with a fractured collarbone, but that doesn’t mean he can’t get one of his fans really, really excited.


8.) Zach Randolph Gives the Shirt Off His Back

In the spirit of the holidays, Zach Randolph takes off his shooting shirt and gives it to a young fan with special needs.

Despite fearing he was being thrown to the lions, teenage comedian Jack Carroll had the audience rolling in the aisles from the moment he stepped onto the stage. Check out why David pronounced him a “comedy genius” for his bold, brand of self-deprecating humour.


10.) Across Indonesia in the Wheelchair

Sri Lestari spent 10 years confined to a wheelchair and stuck at home in Indonesia, after becoming paralysed in an accident. Now she’s gone from that, to not only overcoming her own paralysis, but daring to dream, acting on it and inspiring others to dream big too, by travelling 1,200km across Indonesia.

The parents of Jack Robbins heard their nonverbal autistic son saying or singing something repeatedly every day and they thought it was meaningless sounds. UNTIL one day they really listened, and figured out he was SINGING Katy Perry’s “Roar” song!

Watch Megan Bomgaars, a Denver youth with Down Syndrome whose forceful message of “DON’T LIMIT ME!” is a rallying cry for everyone!

Tim Harris, owner of Tim’s Place, is the country’s only restaurant owner with Down’s Syndrome, and the joy he gets from serving people good food carries over into his diner’s most famous export: hugs!