Neuropsychological Testing: What Is It and When Is It Needed?

From TOC Talk
The Thinking Outside the Classroom Blog

As parents, it’s our inalienable right to worry. It’s just what we do.

And our kids do their fair share to add to the consternation. They are practically hard-wired to give us a steady stream of reasons to worry. They are stumbling through their lives, trying to figure out who they are and how to get into a stride that works for them. So much of what they’re doing is new. Yearly, monthly, even weekly, they’re encountering new dilemmas and challenges, and they’re skinning their proverbial knees at every turn—literally sometimes and figuratively constantly.

And as if this isn’t enough, to top it all off, it’s enormously challenging to have a true point of reference when it comes to rationally evaluating our children. We talk to our friends, we go to parent-teacher conferences, we ask other parents about their kids’ behavior—yet it can seem impossible to figure out whether Johnny truly has a problem, or the problem is just our incontrovertible habit of worrying.

For parents, this worrying can intensify greatly when they start to suspect that their child’s problems aren’t just run-of-the-mill issues but something more serious, something that will have significant impact on their children’s lives. Perhaps they see behaviors in their children that could lead to life-long learning problems, not just hiccups in their academic semester. Maybe they’re sensing patterns that seem truly outside the norm of other kids in the same age group.

One question that may arise in these situations is whether the child needs neuropsychological testing. 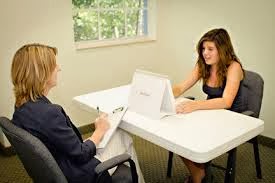 Neuropsychology looks at relationships between the brain and behavior. When children go for neuropsychological testing, both standardized tests and observation are used, and results are compared to what is expected from that age level.

Neuropsychologists also collect data about the school environment and the home environment through interviews with the parents, as well as structured questionnaires for both parents and teachers.

This is how Kay Seligsohn, a neuropsychologist at Mass. General Hospital, explains it:

“The metaphor I use is that it’s a series of snapshots. I’m taking a whole series of pictures of the children in the room with me—both how they do on tests, as well as my observations on how they do on a wide range of tasks. I’m gathering data from parents about how they’re functioning at home. I’m gathering data from teachers about how they’re functioning in school. And if I’ve done my job well and my camera lens was in focus, I can usually put those snapshots into a cohesive narrative from a whole bunch of different sources.”

A critical skill that neuropsychologists bring to the assessment process is breaking down learning problems into their component parts. For example, perhaps a child struggles to follow directions, and that reveals itself during testing. A neuropsychologist will go to another level of testing to evaluate which of the following this problem stems from:
In other words, neuropsychologists dig deeper and get more granular than teachers or even psychologists do.

Here’s how Ann Helmus, a licensed clinical neuropsychologist and the founder of Neuropsychology & Education Services for Children & Adolescents (NESCA), explains how the in-depth nature of neuropsychological testing can help identify underlying problems children may be having:

“A quality comprehensive assessment can sort out between these possibilities by interpreting the test results in the context of the child’s history and through close attention to how the child performs on each test. For example, does the child misread the word because he/she is being hasty—sees the word ‘party’ and immediately says ‘pretty—or is the child painstakingly trying to sound out the word and clearly doesn’t know rules of phonics?

Impulsively responding to target words would be more typical of a child with ADHD, while poor phonetic decoding skills would lead one to pursue more vigorously the possibility that the child has a learning disability.“

Neuropsychologists will also test for a wide array of factors that might be impacting children. Here are some of those factors:
Once the testing and evaluation are complete—a process that usually requires several meetings and involves both the child and the parents—neuropsychologists will work on developing a report that explains the child’s history, his or her test results and a recommended plan of intervention. Often times, parents use this report to advocate for special services within the child’s school system. There’s also a verbal conversation with the parents to explain the findings and answer questions.

Neuropsychology: Friendlier than It Sounds

Let’s face it, “neuropsychology” is a bit of a daunting word. And bringing your child in for evaluation might be a scary prospect.

Seligsohn and Helmus say that part of their job is demystifying the process. While neuropsychology might conjure up images of patients on gurneys with wires attached to their heads, and doctors hovering around them measuring brain impulses, that couldn’t be further from the reality. Seligsohn points out that “in general, the tasks they’ll be doing are the kinds of things they do in school.” The word “neuropsychological” refers to the framework for interpreting the test results.

Helmus points out “that most kids actually enjoy the process because they are interacting with a supportive adult for 5 hours or so, receiving positive attention.”

So does your child truly need neuropsychological testing, or are you over-amplifying the situation in you own mind? That’s the question so many parents grapple with.

Seligsohn says the way way to make the decision is “to ask the question: is there a persistent problem? Is your child not learning as well? Not getting good grades? Is the teacher is making comments about attention or behavior? Is your child overly shy or aggressive?”

She says that many parents will start with a tutor or therapist, and if the problems still persist, they’ll turn to a neuropsychologist.

Helmus advises to parents to think about the cost-benefit analysis.

“Having a neuropsychological evaluation requires a considerable investment of resources—time, money, and school absence. If a child is considerably behind developmentally in some sphere, the return on investment is likely to be quite high.

As a result of a quality neuropsychological evaluation, the child’s parents, educational team, and other involved professionals will have a clear view of the child’s needs and a ‘road map’ for helping the child to overcome difficulties and supporting the child at home and school.”

For example, Johnny flunking his 2st semester biology quiz might be a point of concern, but it isn’t affecting his overall disposition. But when Johnny hasn’t been able to score higher than a C- on a test in the last 6 months, that kind of persistent poor performance might be having a significant impact on his psyche.

Johnny getting in a yelling match at gym class might sound a bit troubling, but there may have be an explanation behind it. Johnny getting into fights with kids at school several times a month is a pattern that is far more serious and might be an indicator that there are emotional regulation problems to investigate.

In other words, persistent trends of negative behavior are a sign that neuropsychological testing might be in order. Discussions with a child’s school teachers is a good place to start. Tutors or therapists are often times a good next step, and often times, discussions with those various professionals can offer clarity on whether neuropsychological testing is needed.
at 7:31 AM