Young minds are often portrayed as stews of hormones and impulse; but the decisions they make are often deeply rational and deserving of greater consideration.

I once counseled a 17-year-old, I’ll call her Katey, who admitted that she had planned to get “completely smashed” at a school-related function.

“I guess I knew what might happen,” Katey said, after being expelled for bringing the alcohol to the party and even coaxing the host of the event—the daughter of the director of her school—into the drinking spree. “But the fun of it just seemed like too much to turn down.” 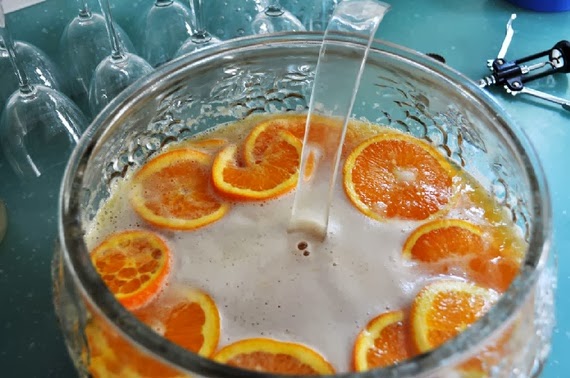 That Katey followed through on her plan—even in the face of knowledge about the potential outcomes—resonates with recent studies revealing that teenagers usually have awareness of the risks of potentially dangerous behaviors.

That emphasis on the positive, we now know, is a result of shifts in the brain’s structure and function during the adolescent period. As teens we are often fully aware of risks of something bad happening; we simply put more weight on the exciting potential benefits of our actions.

"As teens we are often fully aware of risks of something bad happening; we simply put more weight on the exciting potential benefits of our actions."

Katey’s enhanced focus on the positive was in fact a natural consequence of the increased reward drive in the adolescent brain. The brain is a collection of cells that communicate with one another using chemicals called neurotransmitters. During adolescence there is an increase in the activity of the neural circuits using dopamine, a neurotransmitter central in creating our drive for reward.

Starting in early adolescence and peaking midway through, this enhanced dopamine release causes adolescents to gravitate toward thrilling experiences and exhilarating sensations. Research even suggests that the baseline level of dopamine is lower—but its release in response to experience is higher—which can explain why teens may report a feeling of being “bored” unless they are engaging in some stimulating and novel activities.

This enhanced natural dopamine release can give adolescents a powerful sense of being alive when they are engaged in life. It can also lead them to focus solely on the positive rewards they are sure are in store for them, while failing to notice or give value to the potential risks and downsides.

The brain’s increased drive for reward in adolescence manifests in teens’ lives in three important ways. One is simply increased impulsiveness, where behaviors occur without thoughtful reflection. In other words, impulse inspires action without any pause. Pausing enables us to think about other options beyond the immediate dopamine-driven impulse pounding on our minds. Telling that impulse to chill out takes time and energy so it’s easier just not to do it.

This said, with the drive for reward stronger and more pressing than ever when we are teens, taking the time needed for processing—for reflection and self-awareness—becomes very important. If any notion turns immediately into an action without reflection, we are living our lives all gas pedal and no brakes.

The good news is that such impulses can be put on hold if certain fibers in the higher part of the brain work to create a mental space between impulse and action. It is during the time of adolescence that these regulatory fibers begin to grow to counteract the revved-up “go” of the dopamine reward system. The result is a decrease in impulsivity. This is sometimes called “cognitive control” and is one important source of diminished danger and reduced risks as adolescents develop.

A second way in which increased dopamine release affects us during adolescence is the documented increase in our susceptibility to addiction. All behaviors and substances that are addictive involve the release of dopamine. As teens not only are we more likely to experiment with new experiences, we are also more prone to respond with a robust dopamine release that for some can become part of an addictive cycle. A drug, alcohol for example, can lead to release of dopamine, and we may feel compelled to ingest beer or wine or hard liquor. When the alcohol wears off, our dopamine plummets. We then are driven to use more of the substance that spiked our dopamine circuits.

The third type of behavior shaped by the increased reward drives of the adolescent brain is something called hyper-rationality. This is how we think in literal, concrete terms. We examine just the facts of a situation and don’t see the big picture; we miss the setting or context in which those facts occur.

With such literal thinking, as adolescents we can place more weight on the calculated benefits of an action than on the potential risks of that action. Studies reveal that as teens we are often fully aware of risks, and even at times overestimate the chance of something bad happening; we simply put more weight on the exciting potential benefits of our actions.

What happens with hyperrational thinking is not a lack of thought or reflection as happens with impulsivity, and it’s not a matter of merely being addicted to a particular behavior or something we are ingesting. Instead, this cognitive process comes from a brain calculation that places a lot of weight on the positive outcome and not much weight on possible negative results.

"Research suggest that risky behaviors in adolescence have less to do with hormonal imbalances than with changes in our brain’s dopamine reward system."

By weight I mean that the evaluation centers of the brain downplay the significance given to a negative result. The scales that teens use to weigh out their options are biased in favor of the positive outcomes. Pros far outweigh the cons, and quite simply, the risk seems worth it. Research suggest that risky behaviors in adolescence have less to do with hormonal imbalances than with changes in our brain’s dopamine reward system.

This positively-biased scale can be activated especially when teens hang out with other teens or believe their friends will somehow observe their actions. The social and emotional context we experience as teens sets the stage for how our brains will process information. While that’s true for any person whatever their age, the influence of peers is especially strong during adolescence. Katey’s behavior was not impulsive—she planned her evening long ago in a hyperrational way.

This is not as simple as saying that teens are just impulsive. And it’s also not as simple as saying, “Oh, raging hormones,” as its sometimes stated. Research suggest that risky behaviors in adolescence have less to do with hormonal imbalances than with changes in our brain’s dopamine reward system combined with the cortical architecture that supports hyperrational decision-making—creating the positive bias that is dominant during the teen years.

In recent years, surprising discoveries from brain imaging studies have revealed changes in the structure and function of the brain during adolescence. Interpretations of these studies lead to a very different story than the old raging-hormone view of the teenage brain. A commonly stated but not-quite-accurate view often presented by the media is that the brain’s master control center, the prefrontal cortex, at the forward part of the frontal lobe, is simply not mature until the end of adolescence. This “immaturity” of the brain’s prefrontal cortex “explains immature teen behavior.”

And this notion also explains why rental car companies generally won’t let someone younger than 25 take out a car. But this simple story, while easy to grasp, is not quite consistent with the research findings and misses an essential issue.

"Adolescence is not a stage to simply get over, it is a stage of life to cultivate as well."

Instead of viewing the adolescent stage of brain development as merely a process of maturation, of leaving behind outmoded or non-useful ways of thinking and transitioning to adult maturity, its is actually more accurate and more useful to see it as a vital and necessary part of our individual and our collective lives. Adolescence is not a stage to simply get over, it is a stage of life to cultivate well.

This new and important message, inspired by emerging sciences, suggests that the changes that occur in the adolescent brain are not merely about “maturity” versus “immaturity,” but rather are vitally important developmental changes that enable certain new abilities to emerge. These new abilities are crucial for both the individual and our species.

Why should this matter to us, whether we are teens, in our twenties, or older? It matters because if we see the adolescent period as just a time to wade through, a time to endure, we’ll miss out on taking very important steps to optimize the essence of adolescence. When we see our emotional spark, our social engagement, our novelty seeking, and our creative explorations as positive and necessary core aspects of who adolescents are—and who they might become as adults if they can cultivate those qualities as well—this period becomes a time of great importance that should be not just survived but nurtured.

From the inside, these changes can become overwhelming, and from the outside, such changes may at times seem like teenagers are lost and “out of control.” But there’s nothing wrong with the drive for thrills—the issue is how to control those drives so as to minimize harm to oneself or others. Honoring the important and necessary changes in the adolescent mind and brain is crucial for both teens and their parents.

When we embrace these needed changes, when we offer teens the support and guidance they need instead of just throwing up our hands and thinking we’re dealing with an “immature brain that simply needs to grow up,” or “raging hormones in need of taming,” we enable adolescents to develop vital new capacities that they can use to lead happier and healthier lives.

This post is adapted from Daniel J. Siegel's Brainstorm: The Power and Purpose of the Teenage Brain.
at 9:27 AM