From the Boston.com Blog "Daily Dose" 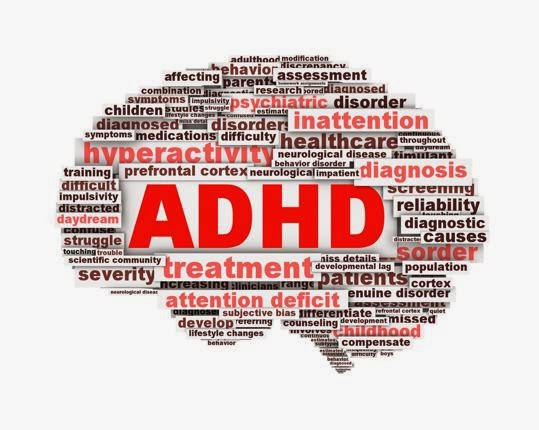 With more than one in 10 children diagnosed with ADHD (attention deficit hyperactivity disorder), parents and doctors alike have been eager to find alternatives to prescription stimulant medications like Ritalin or Adderall.

Some of these options include computer programs that train the brain to increase attention span and a therapy called neurofeedback where a practitioner teaches children how to keep their brains calm and focused.

In an effort to compare which technique was better, Tufts Medical Center researchers conducted a study in 104 Boston-area elementary school children with ADHD — half of whom were taking stimulants — randomly assigning them to have neurofeedback or cognitive computer training at school three times a week for five months, or no therapy at all.

Both the neurofeedback and the cognitive training enabled the children to have longer attention spans, but only the neurofeedback reduced hyperactive and impulsive behaviors, according to the study published Monday in the journal Pediatrics.

“We found that the children’s improvement on neurofeedback was equal whether they were on medications or not,” said study author Dr. Naomi Steiner, a developmental behavioral pediatrician at Tufts’ Floating Hospital for Children.

What’s more, the children who had the neurofeedback treatments did not increase their medication dose over the course of a year, while the other two groups increased their dosage by an average of 9 milligrams for the cognitive therapy group and 13 milligrams for the control group, likely because of an increase in height and weight that required a higher dose for effectiveness.

“This finding is extremely important as we move forward because we can tell parents that neurofeedback could be used as an adjunct along with drugs or as an alternative,” Steiner added.

But she couldn’t name any schools in Boston that currently offered neurofeedback. That leaves parents to seek it out on their own, often at a significant cost of $3,000 or more if their health insurance provider refuses to cover the dozens of treatments.

The time investment could also be a deterrent. Children in the study had a total of 40 sessions lasting 45 minutes each, which Steiner speculates could be the amount needed to enable the brain to undergo a rewiring of its nerve cells. Such rewiring builds up regions that control self-regulation and impulsive behaviors.

Neurofeedback, a type of biofeedback for the brain, involves sitting in a chair with electrodes attached to the scalp to measure brainwaves. The goal is to get the brain to relax and focus, while the feedback involves a sort of video-game exercise to, say, make a dolphin go down to the bottom of the sea, a star explode, or a field blossom with flowers — through quiet thoughts alone. Distraction or mind-wandering cause the dolphin to rise, the stars to dull, or the flowers to wilt.

“Initially, it’s very difficult to get the object to do what it’s supposed to,” Steiner said, “but eventually, kids get the feel of what they need to do to focus, and then they’re able to eventually call up their attention in harsher situations like in a classroom.”

“If the brain has been rewired, children might not need a refresher lesson down the road,” Steiner said, “but some have made the argument that children’s brains change so much that they do need maybe half a dozen sessions when they become teens or young adults to regain the feeling of how to focus again.”

If further studies replicate the finding, Steiner said she’d like to see neurofeedback provided in local public schools to children with ADHD as part of special education services. “I’ve seen an increasing number of families in my practice who are hesitant to start stimulant medications. I think our study suggests that this can be a real alternative.”