What is Educational Neuroscience?

As someone who works at the interface of child development and neuroscience, I've been struck by the relentless rise of the sub-discipline of 'educational neuroscience'.

New imaging technologies have led to a burgeoning of knowledge about the developing brain, and it is natural to want to apply this knowledge to improving children's learning.

Centres for educational neuroscience have sprung up all over the place, with support from universities who see them as ticking two important boxes: interdisciplinarity and impact. 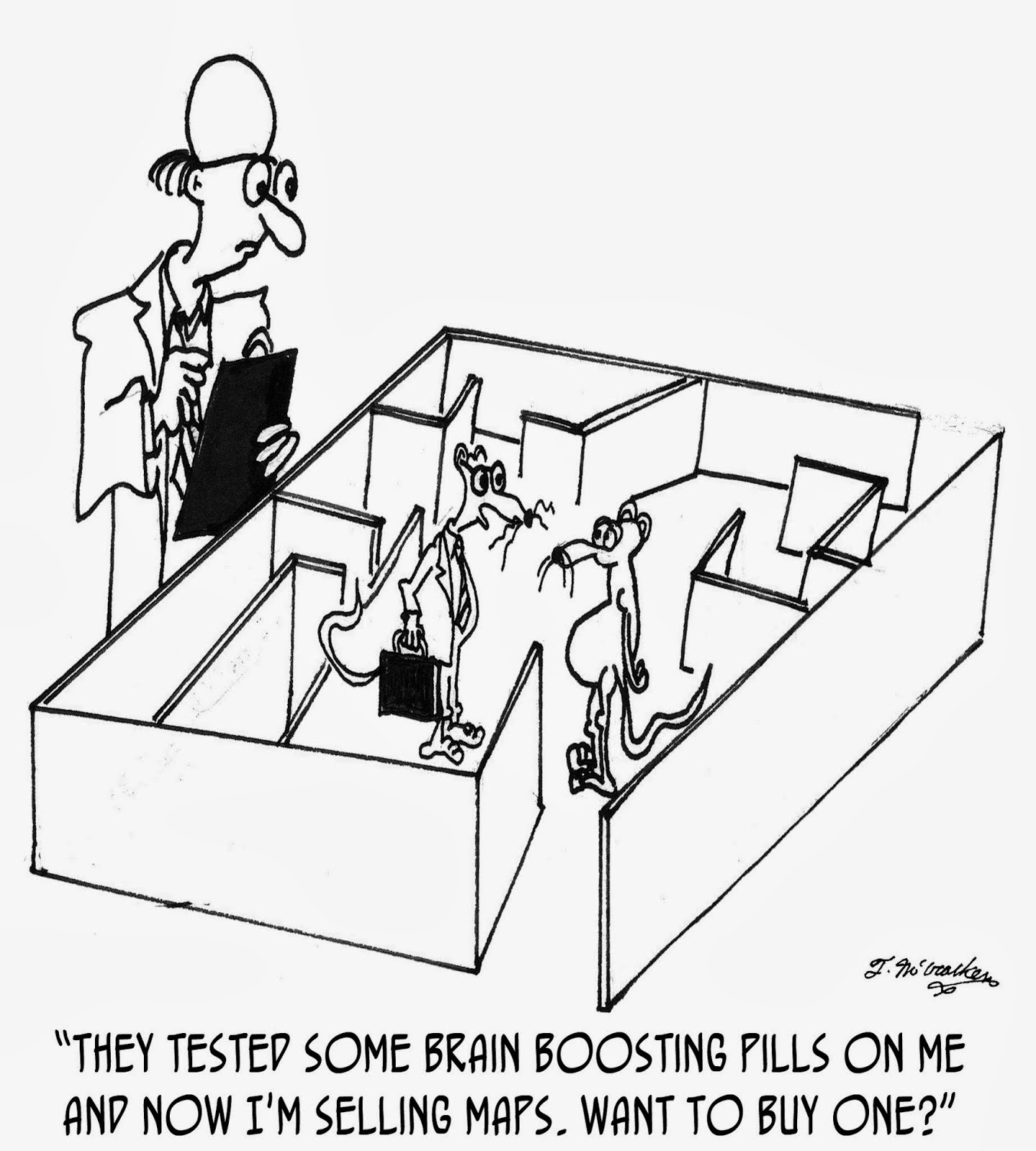 But at the heart of this enterprise, there seems to be a massive disconnect. Neuroscientists can tell you which brain regions are most involved in particular cognitive activities and how this changes with age or training. But these indicators of learning do not tell you how to achieve learning.

Suppose I find out that the left angular gyrus becomes more active as children learn to read. What is a teacher supposed to do with that information?

As John Bruer pointed out back in 1997, the people who can be useful to teachers are psychologists. Psychological experiments can establish the cognitive underpinnings of skills such as reading, and can evaluate which are the most effective ways of teaching, and whether these differ from child to child. They can address questions such as whether there are optimal ages at which to teach different skills, how motivation and learning interact, and whether it is better to learn material in large chunks all at once or spaced out over intervals.

"...the people who can be useful to teachers are psychologists. Psychological experiments can establish the cognitive underpinnings of skills such as reading, and can evaluate which are the most effective ways of teaching, and whether these differ from child to child."

At a trivial level, these could all be designated as aspects of 'educational neuroscience', insofar as the brain is necessarily involved in cognition and motivation. But they can all be studied without taking any measurements of brain function.

It is possible, of course, to look at the brain correlates of all of these things, but that's unlikely to influence what's done in the classroom. Suppose I want to see whether training in phonological awareness improves children's reading outcomes. I measure brain activation before and after training, and compare results with those of a control group who don't get the training. There are various possible patterns of results, as laid out in the table below: 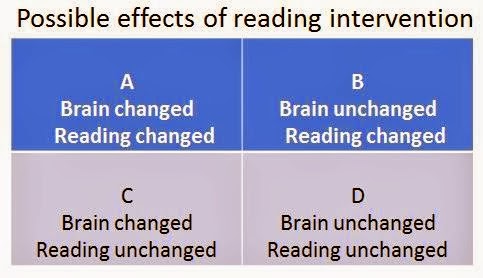 As pointed out by Coltheart and McArthur (2012), what matters to the teacher is whether the training is effective in improving reading. It's really not going to make any difference whether detectable brain changes have happened, so either outcome A or B would give good justification for adopting the training, whereas outcomes C and D would not.

Well, you might say, children differ, and the brain measures might show up differences between those who do and don't respond to training. Indeed, but how would that be useful educationally? I've seen several studies that propose brain scans might be useful in identifying which children will and won't benefit from an intervention.

That's a logical possibility, but given that brain scanning costs several hundred pounds per person, it's not realistic to suggest this has any utility in the real world, especially when there are likely to be behavioural indicators that predict outcomes just as well.

So are there actual or potential examples of how knowledge of neuroscience - as opposed to psychology - might influence educational practice? I mentioned three examples in this review: neurofeedback, neuropharmacology and brain stimulation are all methods that focus directly on changing the brain in ways that might potentially affect learning, and so could validly be designated as educational neuroscience. They are, however, as yet exploratory and experimental.

The last of these, brain stimulation, was described this week in a blogpost by Roi Cohen Kadosh, who notes promising early results, but emphasizes that we need more experimental work establishing both risks and benefits before we could consider direct application of this method to improving children's learning.

I'm all in favour of cognitive neuroscience and basic research that discovers more about the neural underpinnings of typical and atypical development. By all means, let's do such studies, but let's do them because we want to find out more about the brain, and not pretend it has educational relevance.

If our goal is to develop better educational interventions, then we should be directing research funds into well-designed trials of cognitive and behavioural studies of learning, rather than fixating on neuroscience. Let me leave the last word to Hirsh-Pasek and Bruer, who described a Chilean conference in 2007 on Early Education and Human Brain Development.

"The Chilean educators were looking to brain science for insights about which type of preschool would be the most effective, whether children are safe in child care, and how best to teach reading. The brain research presented at the conference that day was mute on these issues. However, cognitive and behavioral science could help."

Dorothy Bishop is Professor of Developmental Neuropsychology and a Wellcome Principal Research Fellow in the Department of Experimental Psychology at Oxford University, and Adjunct Professor at The University of Western Australia, Perth. Her principal research focus is the study of the nature and causes of communication difficulties in children, especially Specific Language Impairment.
at 7:56 AM