The Trial of Diagnosing Autism

From The Doctor's Tablet
The Albert Einstein College of Medicine Blog

I recently fulfilled my civic responsibility by completing a stint on jury duty. Somehow I had never previously been summoned. Being the Law & Order junkie that I am, I was kind of awestruck by my first up-close exposure to the court system.

I sat erect and at attention in the courtroom, listening to the judge charge us prospective jurors. I even became slightly teary when he spoke of the important role we were playing in assuring the defendant of his right to determination of guilt or innocence by a jury of his peers.

The judge went on to tell us that we would hear testimony from the two opposing sides, and I watched the jury selection process play out with the elimination of candidates whom one side or the other thought might be inclined to have certain biases.

At some point, I found myself thinking that this process reminded me of something more than TV…. What was it? I finally figured it out. Diagnosing autism. 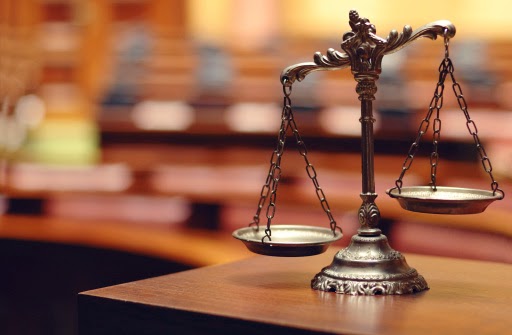 I have spent the past 23 years as a developmental pediatrician at Einstein’s Children’s Evaluation and Rehabilitation Center, with a focus on autism for the past 17 years. Over the last decade I have been on the front line of an epidemic of autism concern.

Through these years, I have personally been involved in the diagnosis and management of about 700 children with autism, and over recent years, I have offered the opinion that a large and growing number of children referred for possible autism do not warrant that diagnosis. To make matters even more complex, the definition of autism has changed three times during my professional career.

The reason the jury system comes to mind is that to date, there is no blood test for autism, no confirmatory MRI findings or positive culture of any bodily fluids. No hair analysis for mercury, or stool sample for yeast, will confirm or rule out this diagnosis. The diagnosis of autism remains a “judgment call” made after gathering all of the relevant data, including “testimony” of all those who spend time with the child, and then organizing those data for a determination of whether the sum of its components supports or goes against the diagnosis of autism.

I am the “jury” in this process.

Sometimes, the child in question has every feature of autism; the diagnosis is clear, and no judgment call is really needed. A jury of 12 autism experts would need to deliberate but a moment in order to render its unanimous opinion.

Other times, the process may lead to a “hung jury” of diagnosticians. In a certain percentage of cases where families seek an evaluation at a specialty center such as ours, the families have sought previous diagnostic feedback. They may be seeking from us a second, third or even fourth opinion. Families have been known to arrive with suitcases of prior evaluations in tow; they have brought three-ring binders, with color-coded section dividers separating the multiple prior evaluations and opinions.

Alternatively, and not infrequently, families have denied any previous evaluations—for fear that we would be influenced by their opinions and they would then not truly receive a new opinion—only to have it later come to light that previous evaluations had been carried out, yielding a diagnostic formulation on one side or the other.

The rationale for how a multidisciplinary evaluation arrives at a valid diagnostic formulation for a complex clinical scenario such as autism is at its core quite similar to the rationale behind a jury looking at evidence to determine a defendant’s guilt or innocence.

In a multidisciplinary team, a complex child is seen by several specialists with differing expertise—for example, a developmental pediatrician, a psychologist and a speech and language pathologist. Each specialist uses different instruments specific to his or her discipline to make observations relevant to the diagnosis of autism, and carries out standardized testing delineating the child’s pattern of strengths and weaknesses.

In borderline situations, the child may undergo the Autism Diagnostic Observation Schedule, an instrument considered the gold standard; it attempts to clarify the features of autism through a structured, videotaped play-based assessment.

Following the completion of all of the evaluations, a team conference is held and each clinician shares her or his impressions of the child. The hope is that a valid diagnostic formulation will emerge through the differing but overlapping professional expertise and multiple points of observation.

Most times, the team process leads to a consensus and a particular diagnosis is offered with surety. But sometimes, it is impossible to pull it all together. For example, two clinicians may feel that the child meets the criteria for autism and two may not. The team is “hung.”

In the conference later held with the family, in such cases, I often find myself explaining that the child has language delays and social weaknesses, but in determining whether the child meets the criteria for autism, “the jury is still out.” I often go on to say, “If you get 10 opinions (but please don’t) from experienced clinicians, five will say yes and five no.” And yes—the discussion usually relies on courtroom analogies.

But this is where the systems differ. Children at risk of autism are rarely sent home on a technicality. Double jeopardy never applies. The family members must contend with life in the diagnostic gray zone. Rather than having them use their energies and resources to seek yet another opinion (an “appeal”), we urge them in this circumstance to put the issue of autism diagnosis on the back burner and concentrate on the needed treatment.

Generally, time will tell whether the social impairment significantly affects the child’s functioning and therefore is consistent with a diagnosis of autism. In the meantime, the child will receive intervention targeting his or her areas of weakness and giving the child the greatest likelihood of the best outcome.

When I render this diagnostic judgment, I often feel like both judge and jury, while my little patient and his or her parents rise at the defendant’s table awaiting my verdict. I strive to be “fair-minded” and “just,” but with a hefty measure of hope.

Inevitably, I picture the child and his or her loving family’s future hanging in the balance on the scales of justice—only everyone is innocent in this court.

Lisa Shulman, M.D., is a neurodevelopmental pediatrician and an associate professor of pediatrics at the Albert Einstein College of Medicine. She is director of infant and toddler services and of the RELATE program at the Children's Evaluation and Rehabilitation Center.
at 6:55 AM