From The Doctor's Tablet
The Albert Einstein College of Medicine Blog

When someone asks me what a developmental pediatrician does, I tell him or her that I treat children who have a variety of developmental problems, such as attention deficit hyperactivity disorder (ADHD). Without fail, that disclosure elicits some sort of an emotional reaction.

Many people have strong opinions about whether the disorder really exists. Parents are still being told, by family and so-called friends, that it’s “their fault,” and that all these children need is discipline, often defined as “a swift kick in the you-know-what.”

The truth is, ADHD exists, and often requires a multipronged approach to treatment. According to the CDC, 6.4 million children ages 4–17 have been diagnosed with ADHD in the U.S. This percentage has risen sharply over the past decade—from 7.8 percent in 2003 to 11 percent in 2011. 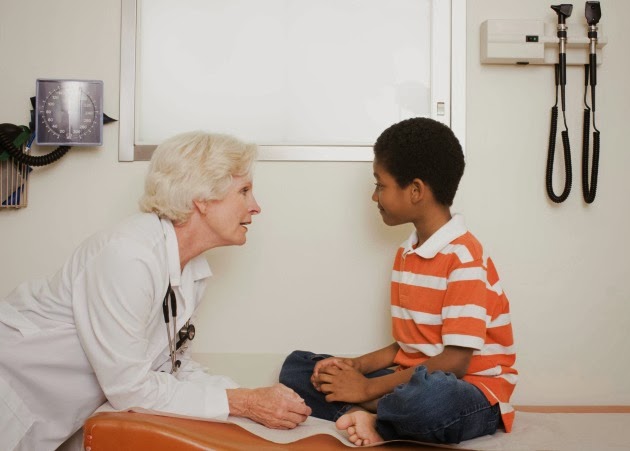 To Medicate or Not

Even more emotionally laden is the topic of medication. People tend to be either for or against stimulant medications, such as Ritalin and Adderall, with no middle ground. Earlier in my career, I had a charming but extremely hyperactive patient whose mother was a healthcare worker. After a variety of nondrug approaches failed to help her child, she finally resigned herself to starting a trial of medication, but just for when the child was in school.

It worked well, but at a follow-up visit the mother, shamefaced, admitted that she had been giving her daughter the medication on weekends, as well as for school, after the girl tearfully asked “Can I please take my medication for soccer?”

A pivotal research project changed the treatment landscape. In 1999, the MTA Cooperative group published the Multimodal Treatment Study for Children with ADHD. This landmark study proved that medication, with or without behavioral treatment, was superior to community treatment or behavioral treatment alone.

The findings took the country by storm. Pharmaceutical executives happily embraced these powerful, scientifically based results that would enhance company market share and increase profits and dividends. Insurance company executives were equally excited, with no more need to pay for time-consuming and expensive behavioral interventions. I was ambivalent.

On one hand, these were beneficial data to help convince reluctant parents of children with such severe ADHD that they weren’t benefitting from behavioral and academic interventions simply to try the medication. On the other hand, I knew that ADHD is a complex disorder that generally coexists with a number of other problems, and that, despite the results of the study, quick fixes are rarely a total solution.

Fast forward to today: I am not surprised to read and hear that people, both healthcare professionals and others, question the validity of the MTA study and are reevaluating the impact it has had on the current generation of children with ADHD. People are blaming the study for the overuse of medication.

"...now, instead of parents being told that they are responsible for their children’s problems, critics are suggesting that medication is being used to keep children quiet in the classrooms because teachers can’t control their behavior."

However, now, instead of parents being told that they are responsible for their children’s problems, critics are suggesting that medication is being used to keep children quiet in the classrooms because teachers can’t control the children’s behavior.

I am still ambivalent. I believe that the questioning is good, because maybe it will cause more doctors to follow the revised and updated 2001 AAP guidelines for the multidisciplinary assessment and multimodal (medical, behavioral and educational) treatment of ADHD (AAP 2011; AAP 2001). Those guidelines emphasize the benefits of an integrated approach that combines drug and nondrug therapies.

But I am concerned that media hype focusing on overuse rather than misuse of medication can lead to mass hysteria, like that seen with regard to autism and vaccinations. Given the nationwide prevalence of ADHD, ranging from 4.2 percent in Nevada to 14.8 percent in Kentucky (CDC, 2011), it is important that we not “throw the baby out with the bath water” by negating the value of medication as an integral part of a treatment plan. We cannot return to the dark ages.

ADHD Drugs: Tools, Not a Panacea

In my professional opinion—after treating hundreds of ADHD cases since the 1990s—medication is a tool that allows many children with ADHD to benefit from other educational, behavioral and psychological treatments and thus function better in their lives.

It’s not for everyone, and is not a magic bullet, but for children who have been appropriately diagnosed, it can mean the difference between success and failure.
at 7:21 AM