Why It’s Important to Talk Math with Kids

From KQED's Blog Mind/Shift
How We Will Learn.

Do you speak math with your kids?

Many of us feel completely comfortable talking about letters, words and sentences with our children—reading to them at night, helping them decode their own books, noting messages on street signs and billboards.

But speaking to them about numbers, fractions, and decimals? Not so much.

And yet studies show that “number talk” at home is a key predictor of young children’s achievement in math once they get to school. Now, a new study provides evidence that gender is part of the equation: parents speak to their daughters about numbers far less than their sons. 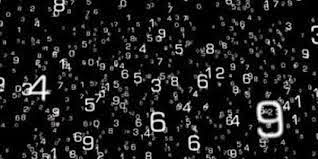 The report, published in the Journal of Language and Social Psychology, drew on a collection of recordings of mothers talking to their toddlers, aged 20 to 27 months. Alicia Chang, a researcher at the University of Delaware, and two coauthors determined that mothers spoke to boys about number concepts twice as often as they spoke to girls.

Children this age are rapidly building their vocabularies, Chang notes, and helping them become familiar with number words can promote their interest in math later on.

That was made clear in another study, published in 2010 in Developmental Psychology, which also used recordings of parents talking to their children to gauge how often number words were used (the kids in this study were between the ages of 14 and 30 months). Psychologist Susan Levine of the University of Chicago and her coauthors found huge variation among the families studied: some children were hearing their parents speak only about two dozen number words a week, while others were hearing such words about 1,800 times weekly.

The frequency of number talk in the children’s homes had a big impact on how well the youngsters understood basic mathematical concepts such as the cardinal number principle, which holds that the last number reached when counting a set of objects determines the size of the set (“One, two, three—three apples in the bowl!”).

A subsequent study by Levine found that the kind of number talk that most strongly predicted later knowledge of numbers involved counting or labeling sets ofobjects that are right there in front of parent and child–especially large sets, containing between four and ten objects.

Though it may not come naturally at first, parents can develop the habit of talking about numbers as often as they talk about letters and words.

Some simple ways to work numbers into the conversation:
With practice, parents and children alike will find that math makes a very satisfying second language.
at 7:14 AM