Why Kids Need Schools to Change

The current structure of the school day is obsolete, most would agree. Created during the Industrial Age, the assembly line system we have in place now has little relevance to what we know kids actually need to thrive.

Most of us know this, and yet making room for the huge shift in the system that’s necessary has been difficult, if not impossible because of fear of the unknown, says educator Madeline Levine, author of Teach Your Children Well.

“People don’t like change, especially in times of great uncertainty,” she said. “People naturally go conservative and buckle down and don’t want to try something new. There are schools that are trying to do things differently, and although on the one hand they’re heralded as having terrific vision, they’re still seen as experimental.” 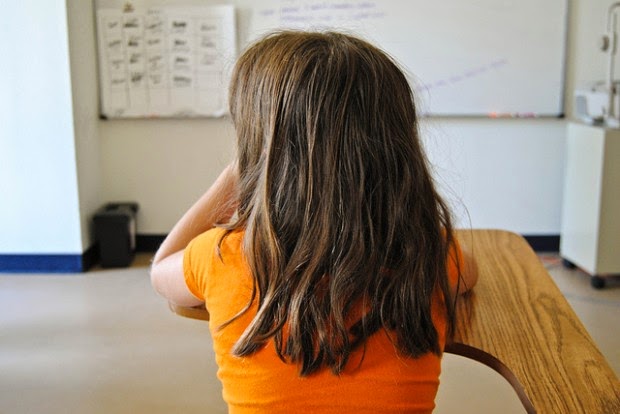 During this time of economic uncertainty, especially, Levine said parents want to make sure their kids won’t fall into the ranks of the unemployed and disenfranchised young people who return home because they’re unable to find jobs. “There’s so much anxiety around the economy, they’re thinking, What can I do to make sure that my kid isn’t one of the unemployed”? she said.

Yet therein lies the paradox. It’s exactly during these uncertain times when people must be willing to try new things, to be more open, curious and experimental, she said. In education, although there are great new models of learning and schooling, they are the exceptions, and the progressive movement has not gained much momentum.

“I’m astounded at the glacial pace of change in education,” she said. “Like many academic areas, there’s a huge disconnect between what’s known and what’s in practice. It’s very slow moving.”

Levine, who was a teacher herself for many years, said she has tremendous respect for educators and believes they need full support from parents and administrators. But until the directive comes from those in power — national and state policymakers, superintendents, principals — what can teachers do individually to make learning relevant for their students?

“One thing we know for sure is that kids learn better when teachers are invested and paying attention and showing they care,” she said. “The biggest impact you’ll have as a teachers is the relationship you establish with your student.”

Try to integrate what students are interested in within what’s happening in class, get to know each student, and have high expectations. Taking seriously the range of interests kids have, she said.

In addition to individual attention, Levine believes a child’s time in school should look much like what kindergarten did.

“Take a room full of five-year-olds and you will see creativity in all its forms positively flowing around the room. A decade later you will see these same children passively sitting at their desks, half asleep or trying to decipher what will be on the next test.”

In an ideal world, the school day would reflect kids’ changing needs and rhythms. There would be time for free play; school would start later to allow time for students’ much-needed rest; the transition time between classes would be longer, allowing time for kids to walk down the hall and say hi to their friends and plan their next moves; kids would have the opportunity to step away from school “work” in order to regroup and process what they’ve absorbed. “The actual encoding of information doesn’t take place when you’re hunched over a desk,” she said.

And just as importantly, the arts would be integrated into a curriculum, not as an ancillary addition, but as a primary part of learning. “For developing creativity and flexible and divergent thinking, we need to bring back the arts,” she said. “It’s a travesty that kids don’t have arts anymore.”

“We’re operating on a 200- year-old paradigm in a world that needs an entirely different skill set,” she said. “When we talk to business owners, we hear this large and increasing drumbeat that the jobs are there, but kids applying for jobs don’t have the kinds of skills they need.”

Levine spends a lot of her time at Challenge Success, a school training program at Stanford that’s been incorporated into about 100 schools across the country. The five criteria that Challenge Success brings to schools attempts to modernize the obsolete system in place today: scheduling, project based learning, alternative assessment, climate of care, and parent education.

PROJECT BASED LEARNING. Project-based learning has shown to be a much more effective way to think about learning, “particularly when you live in a world that’s incredibly unclear on what content is going to be relevant in not just 10 or 20 years, but in three years,” she said. “Over and over business leaders say kids need to be collaborative, work across time zones and cultures because problems are so complex.”

SCHEDULING. Neuroscience research on sleep is becoming more compelling by the day, particularly around depression, Levine said. “We’d always thought fatigue is symptom of depression, but now it’s looking more like lack of sleep causes depression, and that’s something looked at seriously.” Kids needs nine hours of sleep, and if schools were in synch developmentally with teenagers, should would start at 10 a.m., especially when kids enter adolescence. Teachers should also coordinate their exams with each other to ensure that students are not taking multiple tests on the same day.

CLIMATE OF CARE. Research shows that kids do better in classes where teachers know their names and say hello to them, and when they have their own advocates or advisers at school. “Almost every private school has advisory, a person for each kid to go to,” Levine said. “But in public schools, there are just a few counselors for a thousand kids or more. By the time you’re hitting high school, you need someone apart from parents to test ideas with, to kick around problems, a go-to person who a kid feels knows them.”

PARENT EDUCATION. Well-meaning parents are confounded with how to approach managing their kids’ times. Kids needs playtime, downtime, and family time, Levine said. “We’ve robbed kids at each stage of childhood and adolescence of tasks that belong in that particular stage,” she said. “You can’t push kids outside their developmental zone and expect them to learn. You want to push them towards the edge of it, but not over.”
at 7:23 AM