How Does IQ Relate to Personality?

Personality and IQ have traditionally been viewed as distinct domains of human functioning. However, research over the past three decades suggests that IQ is a personality trait. In an excellent chapter in The Cambridge Handbook of Intelligence, personality neuroscientist Colin DeYoung points out that many personality traits involve cognitive processes and abilities. 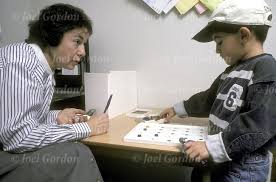 Viewing IQ as a personality trait is helpful because it puts IQ in perspective. We can take a birds eye view of all the many fascinating ways we differ from one another in cognitive processing, emotion, and motivation, while seeing where IQ fits into that bigger picture.

To help us see that picture, I analyzed data from the Eugene-Springfield community sample, which consisted of 478 mostly White participants from Eugene and Springfield, Oregon. Participants ranged in age from 20 to 85 years, and spanned all levels of educational attainment. The sample consisted of 199 males and 279 females.

While the sample isn’t ethnically diverse, it does have a pretty good range of IQ and personality, so we can get some sense of how IQ relates to personality in the general population.

8 dimensions of personality outside the openness to experience domain were positively related to IQ, including organization, toughness, provocativeness, leadership, self-disclosure, emotional stability, moderation, and happiness– although the correlations were much smaller than with intellectual engagement and mental quickness.

IQ was negatively related to orderliness, morality, nurturance, tenderness, and sociability, but again, the negative correlations were much smaller than the relationships among IQ, intellectual engagement, and mental quickness.

Given this data, where does IQ fit into the personality puzzle? While this is just a single dataset, it is consistent with other studies suggesting that the most relevant personality domain is openness to experience, particularly the dimensions that reflect the ability and drive for conscious exploration of inner mental experience.

This is certainly an important slice of personality, but at the same time these findings illustrate that there are many more ways we differ from each other in cognition, emotion, and motivation that are not well measured by IQ tests.
at 7:48 AM