Maryland lawmakers approved legislation Friday that would require state health officials to conduct a study on the sleep needs of students, and the experiences of school systems that have shifted the hours of their school days.

The bill requires that the study also include recommendations about whether public schools in the state should adopt a policy of start times at 8 a.m. or later. It comes at a time when such ideas are under consideration in Montgomery, Anne Arundel and Howard counties.

Advocates said the Maryland bill stands out nationally and could be useful to districts across Maryland that may consider the question of delaying school’s opening bells.

“This is the first statewide action,” said Merry Eisner-Heidorn, legislative director of national advocacy organization Start School Later. “It’s the first time it’s been looked at in this way. It’s huge, and every stakeholder is involved.”

The bill includes a long list of people and organizations to be consulted during the study, including teachers, students, the Maryland PTA, boards of education, state entities and medical, sleep and transportation experts.

Del. Aruna Miller (D-Montgomery), lead sponsor of the House bill, said that as Maryland spends billion of dollars on public education, it needs to ask: Are school schedules helping students make the best of their learning?

“Studies right now are showing that when schools are starting too early, particularly for high school students, the students are not able to absorb all the material,” she said. “Sleep deprivation has an impact not only on their health but their grades.”

Under the bill, the state study would review the science of children’s sleep needs, looking at benefits of sufficient rest and how sleep deprivation affects academic performance. It would also probe how school activities were affected in districts that changed school hours. 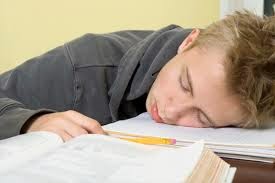 In Montgomery County, Superintendent Joshua P. Starr has proposed resetting the opening bells of the district’s 25 high schools to 8:15 a.m., 50 minutes later than now. The district has been seeking community feedback in recent months.

The state study, to be done by the Department of Health and Mental Hygiene’s Office of Public Health Services, is to be done by year’s end.
at 5:53 AM