Our kids are awash in technology 24/7 – should we worry about the effects on their developing brains?

You skip into your house after a brutal day at the office, greeting your offspring with a generous smile.

“I’m so happy to see everybody!”

Silence. No one looks at you. Everyone is hunched over, hypnotized by a gizmo.

You sit down. Take a deep breath. To relax, you scroll through Facebook and catch up on your email. Meekly, you join the other mesmerized zombies…

We’re all wired now, incessantly interacting with our digital doodads. You don’t worry about your own habits because you’re a grown-up, but you do fret, enormously, about the possibility of your kids contracting wicked side effects.

When you were a youngster, today’s devices were barely imagined. Today, kids spend seven hours a day, on average, on some sort of electronic device, according to the American Academy of Pediatrics, and 97 percent of teens ages 12 to 17 play digital games.

Are kids’ brains in danger? Or not? If tech toys are mentally malevolent, why are our kids so happy? But if we take the e-companions away, our kids go crazy… like addicts!

To determine the neurological impact on our little ones' minds, we took a close look at the research, and what it says about the e-things your kids are obsessed with, to determine the effect on their developing brains.

Video games come in many beguiling forms, but only a few subgenres have been examined closely in terms of their effects on the brain.

Bavelier isn't an outlier: Italian, Polish, and Dutch researchers agree with her findings. In a 2013 study, for example, researchers found that FPS game participants showed a more flexible mindset and faster reaction time than non-gamers.

But wait: are these types of visual-spatial skills useful to anyone other than future assassins? Yes. Many bloodless vocations — including engineering, mathematics, natural sciences, economic forecasting, architecture, art, and design — require the eye-hand intelligence that video games develop.

Medical surgery (gut-soaked, but ethically so), for example, requires visual-spatial adeptness. Andrew Wright, Associate Professor of Surgery at University of Washington, is a surgeon and self-proclaimed “gaming geek” who steadies his nerves and fingers by playing Assassin’s Creed. 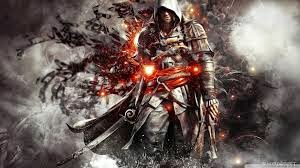 According to Wright, “Gamers have a higher level of executive function. They have the ability to process information and make… split-second decisions.” Comparing FPS games to tense operating rooms, Wright notes that both have a “sense of life and death and urgency.”

In fact, many daily modern chores — like reading maps, driving in heavy traffic, packing objects, and orienting yourself in a new environment, such as a school or office building — demand visual-spatial intelligence.

Two visual-spatial skills — attention and mental rotation ability — are more developed in males than females. This provides boys, many researchers believe, with an edge in mathematics and engineering. Want your girl to catch up?

A surprising study from University of Toronto suggests that “only 10 hours of training with an action video game” decreased or eliminated the female disadvantage.

Opinions vary widely on this question. Organizations including Mothers Against Video Game Addiction and Violence and Parents Against Violence have mobilized to combat video game carnage. Both groups argue there's a link between school shootings — like those that occurred at Columbine and Sandy Hook — and violent video games.

According to Grafman, his research indicates that, "continued exposure to violent videos will make an adolescent less sensitive to violence, more accepting of violence, and more likely to commit aggressive acts…." Even more disturbing is a 2014 report that found that youths who had played violent video games in the past year were four times more likely to also report they'd carried a weapon to school.

But researchers disagree. Psychologist Christopher J. Ferguson of Stetson University believes data in studies linking video games and violence has been improperly analyzed. He contends that this research ignores important social factors — like mental health status and family environment — that can trigger violence, while pinning all the blame on gaming.

His prolific research supports his conclusion that factors like depression, antisocial personality traits, exposure to violence in the family, and the influence of peers are far more likely to trigger aggressive behavior than gaming.

In fact, the opposite is true, according to brain scientist Bavelier. She cites abundant evidence that tech toys train brains to see better. Video games also don’t lead to distractability, she asserts; au contraire, they can improve attention. The 2013 Italian, Polish, and Dutch study also observed that gamers' impulse control was undamaged by the hobby.

If you don't like violent video games, or if you have younger kids for whom such games are not appropriate, there are other options. Try steering your children towards “real-time strategy” (RTS) games, like Civilization, Risk, Age of Empire, and Starcraft. 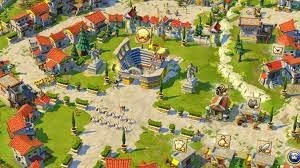 Take caution: warfare lurks in this genre too. But it's far more subtle — with more emphasis on other, less lethal activities — including exploration, managing an economy, and building construction. Meanwhile, you get the gift every parent wants for his or her child: cognitive gain.

A 2013 study at Brock University in Canada found that students who played strategic video games reported that gaming increased their problem-solving skills and that these enhanced skills led, in turn, to better grades. A 2013 South Korea study that conducted brain scans on the nation’s professional Starcraft gamers found enhanced cortical thickness in three brain regions and concluded “long-term playing of online games is associated with… cognitive flexibility.” (Tip: Starcraft II’s three-dimensionality boosts four brain regions that are not enhanced playing two-dimensional Starcraft I).

Two additional strategic videos recommended by psychologist Christopher. Ferguson include LEGO video games (for age 6 and up) and Europa Universalis, which Ferguson admires for its “real high cognitive load.”

If you want 100 percent peaceful play, try Tetris, the block-fitting puzzle game that packs skulls with smarts instead of bullets. Japanese researchers reported that Tetris, practiced 15 minutes a day, five days a week for four weeks, led to improved attention and visual-spatial ability.

A third genre that may enhance intelligence are the open world games like Minecraft, the Swedish sensation that has sold 35 million copies. Minecraft.edu helps teachers use the complex, captivating game to teach subjects like physics, geography, and languages.

This is a concern for many parents. “Anything that stimulates pleasure can be addictive to a very small segment of the population," according to Ferguson. "Some individuals have difficulty regulating their reward centers and balancing short-term rewards with consequences.” Ferguson argues that pathological gaming infects 3.1 percent of the population, less than alcohol abuse among kids ages 12 to 17 and far less than kids over 18. “Parents should be concerned about that."

Hank Pellissier is a freelance writer on education and brain development, and the author of Brighter Brains: 225 Ways to Elevate or Injure Intelligence. He is also a SAT and SSAT tutor and director of the Brighter Brains Institute.