By Not Challenging Gifted Kids, What Do We Risk Losing?

It’s easy to assume that for extremely bright young pupils, life in the classroom is a snap. But when conventional school curricula fail to stimulate their hungry young brains, leaving them bored and stymied, these kids may get lost in the system. Some end up with C averages and slip into truancy, and many may never blossom to their full potential.

It’s a big loss for lots of reasons, including the fact that these precocious kids represent a unique pool of talent for generating new ideas and innovations. And because of inadequate policies, we may be losing opportunities to nurture the Henry Fords and Marie Curies of the future. 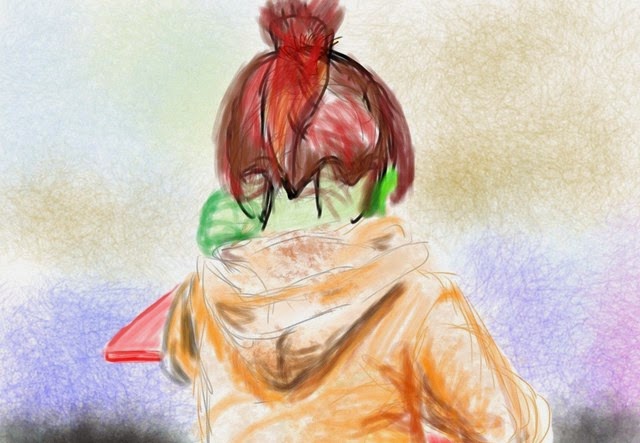 Intellectually talented kids “don’t get the attention of policymakers,” said psychology professor David Lubinski of Vanderbilt University. “But if you’re trying to solve problems in the world like climate change and terrorism and STEM innovation, and transportation and managing our healthcare, you want intellectually precocious youth who have had their intellectual needs met.”

Founded in 1971 at Johns Hopkins University by talent-search pioneer Julian Stanley, SMPY has yielded a trove of insights into who gifted children are and what they need from schools.

Some recruits were rare “scary smart” kids ranking in the top 1 in 10,000 in math or verbal reasoning skills. In a report last year, Vanderbilt postdoctoral researcher Harrison Kell, Lubinski, and Benbow checked up on 320 of these profoundly gifted people at age 38. About 44 percent had earned an M.D., Ph.D., or law degree, in contrast to the 2 percent of the U.S. population that holds a doctoral degree. Many had high-powered careers, ranging from doctors and software engineers to artists and leaders of Fortune 500 companies.

Gifted students who miss out on accelerated learning opportunities still do well above average, but don’t accomplish as much later in life, Lubinski said. That’s a “huge waste of talent,” he said.

“We were surprised at the magnitude of the accomplishments, even for the top 1 in 10,000,” Lubinski said. “We had no idea that over 7 percent would have tenure at a major research university. We had no idea that so many would be well supported by grants or be CEOs of major organizations, partners in major law firms.”

Not all was smooth sailing, though. Profoundly gifted students were able to rapidly master new information, but schools often couldn’t accommodate their pace, the researchers noted; teachers often focused on helping the slow learners in the classroom instead. That’s a potential recipe for frustration and underachievement. Other analyses from SMPY suggest that intellectually talented kids don’t live up to their full promise unless challenged with more difficult course material.

For instance, gifted students who got a high “dose” of advanced and enriched learning activities in STEM areas (such as AP classes, taking college courses in high school, science fairs) were roughly twice as likely to earn a Ph.D. and tenure in a STEM field by their early 30s than those who got a low dose.

Meanwhile, in another study published last year, Lubinski’s team tracked 1,020 young students who were advanced in math and compared those who skipped a grade with those who had not. “In every comparison, in every cohort, a greater proportion of grade skippers earned doctorates, STEM Ph.D.s, STEM publications, and patents” — and at an earlier age, the researchers write.

A Lesson for All Schools

SMPY holds important lessons not just for the exceptionally bright, but for all students: Kids learn optimally from “a curriculum that moves at their pace and is at the appropriate depth for their rate of learning,” Lubinski said. “If it goes too fast, they’re going to be frustrated. If it goes too slow, they’re going to be bored…. One size does not fit all.” Individual students vary widely in how fast they learn, even among the top 1 percent of intellectual talent, he said.

Public school systems generally haven’t embraced accelerated learning strategies. Grade skipping is not always ideal partly because of concerns that a budding young genius may not be socially or emotionally ready for an older classroom. Some worry about the lasting harm if a child gets picked on a lot or has trouble making friends.

However, in a survey of SMPY participants at age 33, they reported having no regrets about skipping grades in high school or engaging in other activities to speed up their education, Lubinski said. Grade-skipping is good for certain bright kids who are gifted across all academic subjects and mature enough to handle it, he said; but if a child is super-smart at math and average in other areas, other options for acceleration are more ideal.

Accelerated learning opportunities have been “a real salvation” for some gifted students who were so bored in school, they had nothing to look forward to, said Joyce VanTassel-Baska, education professor emerita at the College of William and Mary. For example, fast-paced residential summer programs for bright kids are often places where “for the first time they found friends, for the first time they had a challenge in terms of their academic diet,” she said.

But government support for gifted education programs has been scarce in the U.S. Education funding understandably goes to kids with learning disabilities, and while special ed programs deserve every penny they get, VanTassel-Baska said, in many places “gifted students are being cheated out of an appropriate education.”

By failing to identify and support these very high-potential students, “we are shooting ourselves in the foot.” Other countries, such as in East Asia, have a clear vision for providing programs for gifted children as part of their national mission, she said.

As Lubinski pointed out, in today’s competitive global economy, “we have to develop our exceptional human capital.” Even though SMPY shows it’s possible to find the young math and verbal whizzes who are most likely to achieve great works, he noted, the U.S. does poorly at identifying kids with a knack for visualizing objects in the mind’s eye — a skill important for inventors, architects, dentists, and orthopedic surgeons.

Such “spatially talented” children gravitate to metal shop or home economics classes, but they aren’t getting the robotics or advanced lab courses they need to take off. As a result, Lubinski said, “We are missing modern-day Thomas Edisons and Henry Fords.”
at 6:10 AM