Obsessive-Compulsive Disorder and the Teen Brain

When my son Dan was at a residential treatment program to battle his severe obsessive-compulsive disorder, my husband and I were encouraged by the staff there to let him make his own major life decisions, without any input from us. 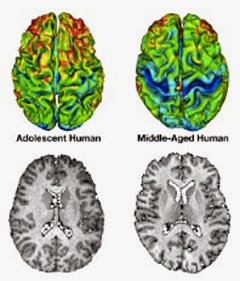 This didn’t make sense to us and we consulted Dan’s therapist outside of the program, who said, “But he’s only 19. His frontal lobe development won’t even be complete until he’s 24. Of course he needs your guidance with these decisions.”

Specifically, Dan had decided to leave college so he could stay “as long as possible” at the residential treatment program. Thankfully, we did intervene, and Dan left the program after a nine-week stay. He returned to college.

Before this discussion with my son’s therapist, I had never realized there is a biological reason why teens and young adults think and act the way they do, often exasperating their parents. The frontal lobes, the parts of the brain that typically ask: “Is this a good idea? What is the consequence of this action?” are not fully connected in teens and young adults.

My guess is anyone who has parented a teenager is now nodding his or her head in agreement. Now that I understand a little more about brain development in teens, I realize they actually have somewhat of an excuse for acting the way they do.

So what does this mean for teens and young adults with obsessive-compulsive disorder? Well, not only are these young people battling OCD, they are also dealing with their not-yet-completely developed brains. Both of these factors often involve a lack of good judgment as well as the inability to make smart decisions.

It’s a double whammy. And for parents and other loved ones of teens suffering from OCD, it can also be doubly challenging. In Dan’s case, we were fortunate he was never an antagonistic teen, but I still often found myself shaking my head in disbelief: “What was he thinking?” Was it his OCD or his age that caused him to think and act a certain way? Was it both? Or neither? Who knows?

Decision-making and impaired judgment are not the only deficits experienced by a “young” brain. I’ve previously written about the fact that teens experience more difficulty in overcoming fear than adults and children. This finding might help explain the surge in anxiety and stress-related disorders during adolescence, as there is actually a physiological reason why teenagers do not handle stress well.

Not surprisingly, this can acutely affect their OCD, as well as their treatment success. Of course, if OCD is present and diagnosed in childhood, treatment early on can help ease the chaos of the teen years.

Well, hopefully, exposure and response prevention therapy, the frontline treatment for OCD, will do the trick.

Janet Singer’s son Dan suffered from OCD so severe that he could not even eat. After navigating through a disorienting maze of treatments and programs, Dan made a triumphant recovery. Janet has become an advocate for OCD awareness and wants everyone to know that OCD, no matter how severe, is treatable. There is so much hope for those with this disorder.

Janet has been published on various mental health sites, and also has her own blog at ocdtalk.wordpress.com, where she shares Dan’s story and talks about anything related to OCD. She is married with three children and lives in Massachusetts.