This weekend marks the start of the summer season, but I can’t help dwelling on the downside. Each year at this time, crowds from urban Boston descend on the farm next to my parents’ house on the North Shore in Mass. to pick their own strawberries – fresh, sweet, ripe…and coated with toxins.

While the farm staff warns visitors to wash the fruit before eating it, many choose to snack along the way (one group was caught sitting in the strawberry field with a can of “Reddi-Whip” in hand). After all, what’s the cost of a few unwashed strawberries?

Unfortunately, when it comes to our health, the cost may be fairly high.

Over the years, researchers have documented the bad effects of pesticide exposure on human health. Recently, though, and at aforum this week at Harvard, there’s been increased attention on the links between pesticides and neurodegenerative diseases, notably Parkinson’s and Alzheimer’s.

In a study published earlier this year in the journal Neurology, researchers from UCLA identified the way in which certain pesticides can increase the risk of Parkinson’s disease. They also found that people with a common genetic variant are even more sensitive to these pesticides – they are two to five times more likely to develop Parkinson’s if exposed.

“Once you identify the toxicity of these things, getting rid of the bad pesticides…would be a goal, not just for the people that live in the area, but for the workers that use it,” said the study’s lead author, Dr. Jeff Bronstein, a professor of neurology at UCLA.


In a separate report out of Rutgers University, published in JAMA Neurology, researchers found that exposure to the pesticide DDT may increase the risk of developing Alzheimer’s disease. In the study, they found that levels of DDE, the chemical compound that develops when DDT breaks down, were higher in the blood of Alzheimer’s patients compared to those without the disease.

And the effects go beyond the risk of Parkinson’s and Alzheimer’s. Marc Weisskopf, an associate professor of environmental and occupational epidemiology at the Harvard School of Public Health, who spoke at the Harvard forum, said there is evidence that pesticides contribute to a host of neurodevelopmental disorders as well, from ADHD and developmental disorders to lowered cognitive performance.

At high levels of exposure, we know it’s a problem, Weisskopf said. But the tricky part is understanding the effects of low-level exposure. 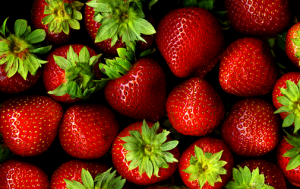 Although DDT has been banned in the U.S. since 1972, more than 75% of the population in the U.S. has traces of the chemical in their blood. DDT can take decades to break down in the environment. People are also exposed when they consume foods from areas of the world where DDT is still being used such as areas in Africa and southeast Asia.

DDT is an extremely effective insecticide and is used to combat malaria and other vector-borne illnesses in some parts of the world, where scientists and health experts must weigh the looming threat of malaria against a more distant risk of developing a neurodegenerative disease.

Pesticides, clearly, can also play an important role in agriculture production. Dr. Jason Richardson, lead author of the Rutgers study and an associate Professor at the Rutgers Robert Wood Johnson Medical School, grew up on a farm and knows first hand the importance of using pesticides to protect the crops.

“In reality, for us to produce the amount of food that we need to feed our country…pesticides are pretty much a necessary evil,” he said. “What we can do is take better precautions and learn more about what these potential effects are.”

From March to November, the farmer next to my parents – let’s call him Farmer Brown for the sake of anonymity – sprays his fields. Once the pesticides (which include insecticides, herbicides, and fungicides) are airborne, they can leak over onto neighboring properties – an effect known as “pesticide drift.” Farmer Brown is a friend of my parents, but their philosophies on land stewardship differ entirely.

It’s an issue that has pitted neighbor against neighbor.

For my parents, both conservation biologists, one of their main concerns with pesticide drift is the impact on the bees and butterflies that pollinate their gardens and serve as a food source for bluebirds, swallows, and other birds in the area. But as their daughter, I worry about the effect of the toxic air they’re breathing on their own health.

“We have tried not to allow the pesticide issue to affect our friendship with our neighbor,” said my mother. “We both know how important open space and agriculture is to our future in New England.”

“We need to get agricultural interests and environmental interests on the same side,” said my father. “These poorly conceived practices are allowed by current law and regulation. That is not our neighbor’s fault.”

Importantly, it’s not only farmers that are spraying pesticides. Homeowners use up to 10 times more pesticides (including chemicals like Roundup, but that’s another story) per acre on their lawns than farmers use on crops, according to the U.S. Fish and Wildlife Service.

“In general, the biological plausibility points in that direction,” said Alex Lu, an associate professor of Environmental Exposure Biology at the Harvard School of Public Health. “If this is how we kill insects by paralyzing their neurological system, most likely it will happen in humans.” It won’t kill humans, he went on to say, but it could produce neurological effects.

It’s not just human health we should be worrying about. Lu is the author of a study published this month in the Bulletin of Insectology on the effects of pesticides on bee colony collapse disorder. His team found that the use of two neonicotinoids – a widely used form of insecticide – led honeybees to abandon their hives during the winter months and eventually die.

“More than one-third of the food that we commonly eat needs pollination,” said Lu. “Those foods, including fruits and vegetables, are nutritious foods that we definitely need…Not having enough bees to pollinate those crops will cause a lot of agricultural revenue loss.” In other words, the same pesticides that are being sprayed to help the crops may indirectly cause their demise.

Bayer – the company that manufactures the neonicotinoids that were tested – questioned Lu’s research, saying that his team used dosages of pesticides that were 10 times greater than what bees might face in the wild, according to coverage in The New York Times.

And indeed, Lu says this this type of research can be challenging – in part because there is no “control” population. Everyone is exposed to pesticides to some degree, so it’s hard to compare people, he said during yesterday’s Harvard forum on pesticides and food. Another issue is the lag time between exposure to the diagnosis of the disease – it’s difficult to know whether it was the pesticides or another factor that caused the illness.

To address these concerns, researchers compare populations that are at increased risk of exposure – such as agricultural workers or families that live in close proximity to farms – to those that have less of a risk of being exposed.

But the problem these days isn’t just protecting the crops from insects and other potential infestations. “People buy with their eyes,” said Farmer Brown. They want that flawless strawberry or apple. In addition to regulating the use of the more toxic chemicals, perhaps we need to adjust our expectations of the food we eat – pretty doesn’t necessarily mean good.

So what’s a consumer to do?

Each year, the Environmental Working Group publishes the “dirty dozen” and the “clean fifteen” lists – two ratings of conventional foods with the most and least pesticide residue. Since many consumers in the U.S. can’t afford to purchase only organic produce, researchers at the Harvard forum advised consumers to look to these lists to help guide their purchasing choices.