Mindfulness: An Emerging Treatment for ADHD

While treatment for ADHD often includes medication, some researchers are suggesting an alternative first-line treatment that does not involve pharmaceuticals.

This new area of research comes at a time when many are questioning the merits of using medication as the primary treatment for ADHD. As Goleman reported:

In a large study published last year in The Journal of the American Academy of Child & Adolescent Psychiatry, researchers reported that while most young people with ADHD benefit from medications in the first year, these effects generally wane by the third year, if not sooner.

“There are no long-term, lasting benefits from taking ADHD medications,” said James M. Swanson, a psychologist at the University of California, Irvine, and an author of the study. “But mindfulness seems to be training the same areas of the brain that have reduced activity in A.D.H.D.”

“That’s why mindfulness might be so important,” he added. “It seems to get at the causes.”

Sharpening mindfulness involves teaching people to be aware of their thoughts and feelings, and learning how to refocus when their concentration flags. To exercise those mental muscles, scientists are experimenting with various methods including video games.

For example, Dr. Adam Gazzaley, a neuroscientist at the University of California, San Francisco, has developed a NeuroRacer, a video game in which adults with attention issues improved their cognitive control significantly. 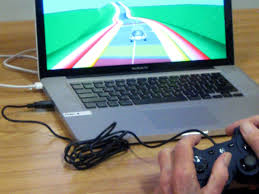 While mindfulness training for managing ADHD is relatively new, many are hopeful that it will become a valuable tool in treating the condition for children and adults. As Goleman concludes, “Stephen Hinshaw, a specialist in developmental psychopathology at the University of California, Berkeley, said the time was ripe to explore the utility of nondrug interventions like mindfulness.”
at 6:14 AM