A new study has found that after a concussion, teens who are sensitive to light or noise may be more likely to have emotional symptoms such as anxiety.

“While most people recover from a concussion within a week, a number of factors affect people’s recovery, and studies have shown that teenage athletes may take up to seven to 10 days longer to recover than older athletes,” said study authors Lisa M. Koehl, M.S., and Dong (Dan) Y. Han, Psy.D., of the University of Kentucky in Lexington. 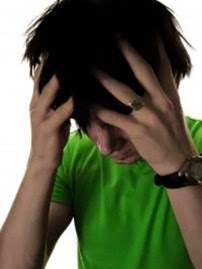 The study, presented at The Sports Concussion Conference in Chicago, involved 37 athletes age 12 to 17 who had persistent symptoms for an average of 37 days following a concussion. The researchers noted that teens who had a previous history of psychological issues were excluded from the study.

The researchers report that there were no differences between the two groups in factors such as the percentage that experienced loss of consciousness or amnesia, indicating that the groups were likely comparable in the level of severity of concussion.

The researchers also found that having a family history of psychiatric problems did not make teens any more likely to have emotional symptoms after a concussion.

The researchers noted that the findings are preliminary because of the small number of participants, emphasizing the importance of replicating the study with a larger number of teens.

“Identifying factors such as these that may exacerbate issues teens experience after concussion may help in planning for the appropriate treatment and in making decisions about when to return to play and what accommodations are needed at school for these athletes,” the researchers concluded.

The study was supported by the American College of Sports Medicine Research Foundation.

Source: The American Academy of Neurology
at 6:08 AM