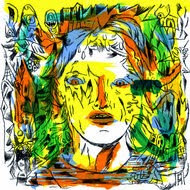 Adolescence is practically synonymous in our culture with risk taking, emotional drama and all forms of outlandish behavior. Until very recently, the widely accepted explanation for adolescent angst has been psychological.

Developmentally, teenagers face a number of social and emotional challenges, like starting to separate from their parents, getting accepted into a peer group and figuring out who they really are. It doesn’t take a psychoanalyst to realize that these are anxiety-provoking transitions.

But there is a darker side to adolescence that, until now, was poorly understood: a surge during teenage years in anxiety and fearfulness. Largely because of a quirk of brain development, adolescents, on average, experience more anxiety and fear and have a harder time learning how not to be afraid than either children or adults.

Different regions and circuits of the brain mature at very different rates. It turns out that the brain circuit for processing fear — the amygdala — is precocious and develops way ahead of the prefrontal cortex, the seat of reasoning and executive control. This means that adolescents have a brain that is wired with an enhanced capacity for fear and anxiety, but is relatively underdeveloped when it comes to calm reasoning.

You may wonder why, if adolescents have such enhanced capacity for anxiety, they are such novelty seekers and risk takers. It would seem that the two traits are at odds. The answer, in part, is that the brain’s reward center, just like its fear circuit, matures earlier than the prefrontal cortex. That reward center drives much of teenagers’ risky behavior.

This behavioral paradox also helps explain why adolescents are particularly prone to injury and trauma. The top three killers of teenagers are accidents, homicide and suicide.

The brain-development lag has huge implications for how we think about anxiety and how we treat it. It suggests that anxious adolescents may not be very responsive to psychotherapy that attempts to teach them to be unafraid, like cognitive behavior therapy, which is zealously prescribed for teenagers.

What we have learned should also make us think twice — and then some — about the ever rising use of stimulants in young people, because these drugs may worsen anxiety and make it harder for teenagers to do what they are developmentally supposed to do: learn to be unafraid when it is appropriate to do so.

As a psychiatrist, I’ve treated many adults with various anxiety disorders, nearly all of whom trace the origin of the problem to their teenage years. They typically report an uneventful childhood rudely interrupted by adolescent anxiety. For many, the anxiety was inexplicable and came out of nowhere.

Of course, most adolescents do not develop anxiety disorders, but acquire the skill to modulate their fear as their prefrontal cortex matures in young adulthood, at around age 25. But up to 20 percent of adolescents in the United States experience a diagnosable anxiety disorder, like generalized anxiety or panic attacks, probably resulting from a mix of genetic factors and environmental influences.

The prevalence of anxiety disorders and risky behavior (both of which reflect this developmental disjunction in the brain) have been relatively steady, which suggests to me that the biological contribution is very significant.

One of my patients, a 32-year-old man, recalled feeling anxious in social gatherings as a teenager. “It was viscerally unpleasant and I felt as if I couldn’t even speak the same language as other people in the room,” he said. It wasn’t that he disliked human company; rather, socializing in groups felt dangerous, even though intellectually he knew that wasn’t the case. He developed a strategy early on to deal with his discomfort: alcohol. When he drank, he felt relaxed and able to engage. Now treated and sober for several years, he still has a trace of social anxiety and still wishes for a drink in anticipation of socializing.

Of course, we all experience anxiety. Among other things, it’s a normal emotional response to threatening situations. The hallmark of an anxiety disorder is the persistence of anxiety that causes intense distress and interferes with functioning even in safe settings, long after any threat has receded.

We’ve recently learned that adolescents show heightened fear responses and have difficulty learning how not to be afraid. In one study using brain M.R.I., researchers at Weill Cornell Medical College and Stanford University found that when adolescents were shown fearful faces, they had exaggerated responses in the amygdala compared with children and adults.

The amygdala is a region buried deep beneath the cortex that is critical in evaluating and responding to fear. It sends and receives connections to our prefrontal cortex alerting us to danger even before we have had time to really think about it. Think of that split-second adrenaline surge when you see what appears to be a snake out on a hike in the woods. That instantaneous fear is your amygdala in action.

Then you circle back, take another look and this time your prefrontal cortex tells you it was just a harmless stick.

Thus, the fear circuit is a two-way street. While we have limited control over the fear alarm from our amygdala, our prefrontal cortex can effectively exert top-down control, giving us the ability to more accurately assess the risk in our environment. Because the prefrontal cortex is one of the last brain regions to mature, adolescents have far less ability to modulate emotions.

Fear learning lies at the heart of anxiety and anxiety disorders. This primitive form of learning allows us to form associations between events and specific cues and environments that may predict danger. Way back on the savanna, for example, we would have learned that the rustle in the grass or the sudden flight of birds might signal a predator — and taken the cue and run to safety. Without the ability to identify such danger signals, we would have been lunch long ago.

But once previously threatening cues or situations become safe, we have to be able to re-evaluate them and suppress our learned fear associations. People with anxiety disorders have trouble doing this and experience persistent fear in the absence of threat — better known as anxiety.

Another patient I saw in consultation recently, a 23-year-old woman, described how she became anxious when she was younger after seeing a commercial aboutasthma. “It made me incredibly worried for no reason, and I had a panic attack soon after seeing it,” she said. As an older teenager, she became worried about getting too close to homeless people and would hold her breath when near them, knowing that “this was crazy and made no sense.”

B. J. Casey, a professor of psychology and the director of the Sackler Institute at Weill Cornell Medical College, has studied fear learning in a group of children, adolescents and adults. Subjects were shown a colored square at the same time that they were exposed to an aversive noise. The colored square, previously a neutral stimulus, became associated with an unpleasant sound and elicited a fear response similar to that elicited by the sound. What Dr. Casey and her colleagues found was that there were no differences between the subjects in the acquisition of fear conditioning.

In effect, adolescents had trouble learning that a cue that was previously linked to something aversive was now neutral and “safe.” If you consider that adolescence is a time of exploration when young people develop greater autonomy, an enhanced capacity for fear and a more tenacious memory for threatening situations are adaptive and would confer survival advantage.

In fact, the developmental gap between the amygdala and the prefrontal cortex that is described in humans has been found across mammalian species, suggesting that this is an evolutionary advantage.

This new understanding about the neurodevelopmental basis of adolescent anxiety has important implications, too, in how we should treat anxiety disorders. One of the most widely used and empirically supported treatments for anxiety disorders is cognitive behavior therapy, a form of extinction learning in which a stimulus that is experienced as frightening is repeatedly presented in a nonthreatening environment.

If, for example, you had a fear of spiders, you would be gradually exposed to them in a setting where there were no dire consequences and you would slowly lose your arachnophobia. The paradox is that adolescents are at increased risk of anxiety disorders in part because of their impaired ability to successfully extinguish fear associations, yet they may be the least responsive to desensitization treatments like cognitive behavior therapy precisely because of this impairment.

This presents a huge clinical challenge since young people are generally risk takers who are more prone to exposure to trauma as a direct result of their behavior, to say nothing of those who were exposed to the horrors of the wars in Iraq and Afghanistan or the mass shootings like those in Newtown and Aurora. Many of them will go on to develop post-traumatic stress disorder, which is essentially a form of fear learning.

Now, we have good reason to think that exposure therapy alone may not be the best treatment for them. A recent study of children and adolescents with anxiety disorders found that only 55 to 60 percent of subjects responded to either cognitive behavior therapy or an antidepressant alone, but 81 percent responded to a combination of these treatments. And in another study, there was preliminary evidence that adolescents responded less well to cognitive behavior therapy than children or adults.

This isn’t to say that cognitive therapy is ineffective for teenagers, but that because of their relative difficulty in learning to be unafraid, it may not be the most effective treatment when used on its own.

And there is potentially something else to worry about with our anxious adolescents: the meteoric rise in their use of psychostimulants like Ritalin and Adderall. In theory, stimulants could have a negative impact on the normal developmental trajectory of anxious teenagers.

According to the health care data company IMS Health, prescription sales for stimulants increased more than fivefold between 2002 and 2012. This is of potential concern because it is well known from both human and animal studies that stimulants enhance learning and, in particular, fear conditioning. Stimulants, just like emotionally charged experiences, cause the release of norepinephrine — a close relative of adrenaline — in the brain and facilitate memory formation. That’s the reason we can easily forget where we put our keys but will never forget the details of being assaulted.

Might our promiscuous use of stimulants impair the ability of adolescents to suppress learned fear — something that is a normal part of development — and make them more fearful adults? And could stimulants unwittingly increase the risk of PTSD in adolescents exposed to trauma? In truth, we haven’t a clue.

But we do know this: Adolescents are not just carefree novelty seekers and risk takers; they are uniquely vulnerable to anxiety and have a hard time learning to be unafraid of passing dangers. Parents have to realize that adolescent anxiety is to be expected, and to comfort their teenagers — and themselves — by reminding them that they will grow up and out of it soon enough.

Richard A. Friedman is a professor of clinical psychiatry and the director of the psychopharmacology clinic at the Weill Cornell Medical College.
at 6:53 AM