From The Brilliant Report 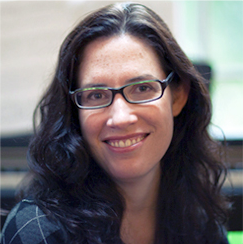 The end of summer is when I finally get to catch up on the reading I've been wanting and meaning to do. In case you missed them, here are the posts I've written for Motherlode, the parenting blog of The New York Times. Happy reading!
—Annie

Parents often seek diversity in their children’s classmates and playmates, and with good reason: The most direct way to discover that members of other groups are people just like us is to spend time learning, playing and talking with them. But there’s an additional, more subtle way of getting the same message across, by cultivating what might be called a diversity of the imagination. We do it whenever we read the Harry Potter novels with our kids. Read more here.

And the Moral of the Story Is . . . Keep It Positive

The slower pace of summer means more time to tell stories to our kids, whether it’s around a campfire or in a car on the long, long trip to our vacation spot. We tell these stories for many reasons: to entertain, to pass the time, to share adventures from our own past. And sometimes we tell stories in order to make a point. Parents, teachers, and other adults have employed moral parables for thousands of years (Aesop’s fables date to the sixth century B.C., and we’re still telling kids who are slow off the mark about the tortoise and the hare).

The lessons of these stories are so clear, their meaning so unambiguous, that we rarely stop to wonder if they’re having the effect we intend. That’s what psychological research is for. Read more here.

We Tell Kids to "Go to Sleep!" We Need to Teach Them Why.

But of course, sleep is so much more, and maybe we ought to try telling children that. Sleep, scientists have discovered, not only restores and renews the body, but it also performs maintenance on the mind. Read more here.

Thirteen in Years, but 10 or 15 in Thoughts and Action

Gather together a random assortment of 13-year-olds, and you’ll likely find yourself looking at a group of people who have only their age in common. Some will be way into teenage culture, into hanging out and hooking up, even into alcohol and drugs; others will be little changed from the children they were at 12, 11, even 10 years of age, still singing the songs and playing the games of children.

The wide spread in young people’s rates of social and psychological maturation has led some researchers to propose that we think about adolescents not just in terms of their chronological age, but also their subjective age: how old they feel and act. Read more here.

When the Teacher Is Depressed

The toll that a mother’s or father’s depression takes on children has been well documented: Children of depressed parents may become anxious or withdrawn, may have trouble regulating their emotions or dealing with challenges, and may develop behavior problems or even become depressed themselves.

But mothers and fathers are not the only adults who spend significant time with kids. What happens when the teachers of young children are depressed? That’s what Lieny Jeon, a researcher at Ohio State University, and two O.S.U. colleagues set out to investigate. Read more here.

Reading Experience May Change the Brains of Dyslexic Students

Among the many challenges faced by children with dyslexia (and by their parents and teachers) is the nagging fear that their difficulties with reading are entirely hard-wired: predetermined by their genes and impossible to change. Recent research offers a balm for that fear. It suggests that experience plays a big role in dyslexia, both in exacerbating reading problems and, potentially, in easing them. Read more here.

Lauren McNamara, an assistant professor of educational psychology at Brock University in Canada, has studied what goes on among children during unstructured playtime. In an article in a scholarly journal documenting her research, she writes:

“There appears to be an assumption that recess is a delightful moment in our children’s day when they are free from their academic restraints to burn pent-up energy, to laugh, and to play. And it is for some, perhaps. But we suspect many of our students are challenged by the lack of structure, the social awkwardness, the conflict, the lack of equipment, and the absence of organized activities."

In interviews, students told her the social struggles they experienced: “Some kids get real aggressive when the teacher is not looking.” “I wish there was less bullying and exclusion.” “We need help out here." Read more here.

The Dumb Jock Stereotype Can Be a Self-Fulfilling Prophecy

Social scientists know that in research studies, minority and female students appear to be vulnerable to the phenomenon called “stereotype threat.” Aware that the group to which they belong is often stereotyped as intellectually inferior, their anxiety that a poor showing on a test will confirm the stereotype actually depresses their performance on the test, creating a self-fulfilling prophecy.

Now, new research suggests that stereotype threat is experienced by student-athletes, too. Conscious that they may be regarded by professors or other students as “dumb jocks,” they do less well on a challenging test when they’re reminded of their student-athlete identity beforehand. Read more here.

Could e-books actually get in the way of reading? That was the question explored in research presented last week by Heather Ruetschlin Schugar, an associate professor at West Chester University, and her spouse, Jordan T. Schugar, an instructor at the same institution. Speaking at the annual conference of the American Educational Research Association in Philadelphia, the Schugars reported the results of a study in which they asked middle school students to read either traditional printed books or e-books on iPads. The students’ reading comprehension, the researchers found, was higher when they read conventional books. Read more here.

Research on Children and Math: Underestimated and Unchallenged

We hear a lot about how American students lag behind their international peers academically, especially in subjects like math. In the most recent Program for International Student Assessment, commonly known as PISA, students in the United States ranked 26th out of 34 countries in mathematics.

On the surface, it would seem that we’re a nation of math dullards; simply no good at the subject. But a spate of new research suggests that we may be underestimating our students, especially the youngest ones, in terms of their ability to think about numbers. Read more here.