Is it Time to Redefine “Gifted and Talented”?

From Mind/Shift
How we will learn. 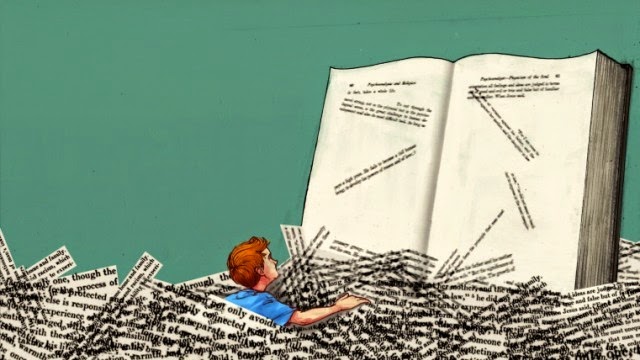 “Schools need to provide a way of making sure that children are educated at the level that is appropriate for them.”

Manhattan mom Heather McFadden is grateful that entrance into the prized New York City Gifted and Talented program has worked out for her two kids. Her daughter cleared both hurdles – she scored in the 99th percentile on the test, and then was lucky enough to get chosen for the lottery. Her son tested in as well.

“I am thankful they [gifted programs] exist. There simply wasn’t a school in our district we would send our kids to because of their ratings,” McFadden said. “G and T [Gifted and Talented] was our only chance besides moving.” She had also heard from teachers that kids who are more advanced would not be challenged in a standard setting.

What does it mean to be “gifted” — at least by school standards?

The U.S. Department of Education defines gifted and talented as “Children and youth with outstanding talent who perform or show the potential for performing at remarkably high levels of accomplishment when compared with others of their age, experience or environment.”

According to the National Society of Gifted and Talented website, areas of talent include “creative ability, general and specific intellectual ability, leadership, psychomotor ability, and visual and performing arts abilities.”

But how “giftedness” plays out in the classroom for the roughly 3 million students who qualify can be hard to characterize. Some gifted and talented programs emphasize critical thinking and problem solving, others focus on creativity, and still others take what’s going on in standard classrooms and go into greater depth and complexity.

Some G/T programs have separate schools, others have students for just an hour or two a week in a special classroom, and still others try to serve G/T students in standard classrooms by differentiating instruction in classes of mixed ability.

The wide variety of programs and curricula can mean that many G/T programs may end up being essentially ineffective to high potential learners. “The field of gifted education lacks convincing research as to what works,” writes Chester E. Finn, Jr, coauthor with Jessica Hockett of Exam Schools: Inside America’s Most Selective Public High Schools.

“It is just one learning style that needs to be met, due to the speed and ease at which the student learns. It does not mean they are better or likely to become more successful in life than their peers.”

Compounding the effectiveness of G/T programs is what it takes to qualify for entrance, usually IQ or other intelligence tests. According to cognitive psychologist Scott Barry Kaufman, author of Ungifted: Intelligence Redefined, the overwhelming use of IQ tests to understand student potential is limiting at best, and damaging at worst. Besides treating all students with the same IQ as having the same academic needs, Kaufman writes in the LA Times, defining students by a test only measures one aspect of their potential to be successful:

“Even done well, standardized testing has limits. Many other factors contribute to learning and real-world success, from active learning strategies to intrinsic motivation, grit, self-regulation and outside support and encouragement.”

In addition, Kaufman warns that abilities and talents can change as students get older, but often, tests that measure cognitive ability like the IQ test are taken early in life, and the scores follow children throughout their school careers, their numbers becoming immutable.

“Although no state permits a single IQ score to determine gifted eligibility, 18 states set strict cutoff scores, and testing is typically a one-shot deal,” Kaufman writes. “You’re either gifted or you’re not, for the rest of your life.” Kaufman, who was diagnosed with a learning disability early in life, went on to defy his label and attained a Ph.D. at Yale.

According to a North Carolina G/T teacher, Lisa, who asked to remain anonymous due to her district’s media policy, what many misunderstand is that being gifted is a learning need, not a privilege. “It is just one learning style that needs to be met, due to the speed and ease at which the student learns,” she said. “It does not mean they are better or likely to become more successful in life than their peers.”

In Lisa’s Academically and Intellectually Gifted program (AIG) for 4th and 5th graders, students are taken out of class for 45 minutes a week to focus on deeper conceptual understanding of what they’re already working on in standard classes. Lisa gave examples using math and reading instruction.

“When working with place value in a regular classroom, for example, in AIG I usually teach a 6-week class on alternative number systems, where we look at Roman numerals, Mayan numbers, binary numbers, as well as other number systems that don’t use a base 10,” she said. “In reading, we may work on a novel, or tie in social studies content such as doing a unit with American History that look at ‘History’s Mysteries’ such as The Abraham Lincoln Conspiracy, Lindbergh baby kidnapping, or the Lost Colony.”

Lisa’s main concern with the AIG program is time — or lack of it. “If I could change anything it would be the amount of time we are allowed to spend with the students,” she said. “In order to insure equity in the program, we are limited to 45 minutes a week in the areas identified as strong or very strong need. To say a student has these needs and only serve them 1/30th of the time they are in school seems, to me, to be problematic.”

For some parents of high-ability students, navigating the Gifted and Talented programs can be frustrating. Matt Prewett of Austin, Texas, doesn’t particularly like the term “gifted,” because it is easily misconstrued. He prefers to say “advanced in particular subjects.”

He decided to pull his son, who was advanced in both language arts and math according to test scores and class performance, out of the local public school — not because they didn’t have a G/T program, but because he felt it was poorly implemented. “We pulled our son out of the district elementary school after 3rd grade, because we felt they had an inadequate system for ability-grouping,” he said.

Prewett gave an example of how the local school grouped for math ability: “They advertise a program for advanced students but there is only one chance to qualify, and it is on the first couple of days of school,” he said. “My son was very upset about attending a new school and cried during the exam, and didn’t qualify for the program. Despite good grades in math and extremely high scores on standardized exams, his teacher said there was no flexibility for students to move from the standard program to the advanced program. This is because the way they make the math program ‘advanced’ is by teaching them the curriculum from the next grade level: acceleration rather than enrichment.”

“Schools need to provide a way of making sure that children are educated at the level that is appropriate for them,” he said. “While putting all abilities in the same classroom might be easier to manage, it results in a high likelihood that at least one group of children will be neglected. With NCLB and the focus on proficiency, the odds are that the advanced students will be neglected since principals/teachers know that they will pass standardized exams.”

Prewett, who has since become a fierce advocate for more and better advanced programs in schools, founded the Texas Parents Union to advocate for more quality education options for all parents. He worries that children at the top of the achievement ladder are often under-served.

Kaufman takes it one step further: perhaps it’s time to step back and re-define what it means to be gifted and talented. “It may be time for a paradigm shift,” he writes. “Perhaps we should stop describing people as gifted or ungifted and start describing a wide range of personal characteristics and environmental factors as potential gifts — and promote an educational culture that develops them.”

Kaufman recommends the work of another North Carolina organization, Project Bright Idea, a pilot program offering Gifted and Talented curriculum to every student. According to one of the program’s founders, Duke professor at the Sanford School of Public Policy William “Sandy” Darity, Project Bright Idea “shows an extraordinary increase in overall test scores despite demographic trends toward more ‘at-risk’ students (90% poverty rate at the end of the period),” he said.

Even though some of the schools’ students wouldn’t have ever qualified for G/T programs, after two years using a G/T curriculum, nearly one in four was identified as “gifted.”

Project Bright Idea’s success has spread to 20 North Carolina public schools, and maybe the idea is growing. Brooklyn mom Karina Gauge reports that her two sons receive Gifted and Talented curriculum at their neighborhood school, P.S. 58, although they’ve never had to stress over getting in: “They have never had a G/T program, because our principal believes that all of the kids should be treated as gifted and receive the same quality education,” she said.
at 6:01 AM