For Some Children with Autism, Even a Toothbrush Is a Challenge

Talk to any parent with a child with autism spectrum disorder and they’ll tell you that small events, like haircuts and dentist visits, can cause untold amounts of stress. As described in For Children With Autism, Opening a Door to Dental Care, finding a dentist willing to work with the family is a key to success.

But dental cleanings happen only twice a year. What counts as much, if not more, towards dental health is whether a parent can brush a child’s teeth twice a day. Children with moderate to severe autism may not be willing to cooperate with a parent wielding a toothbrush—and many parents would call that a spectacular understating of the challenges they face in establishing an every day routine of parent brushing, and eventually, where possible, teaching the child to take over that responsibility. 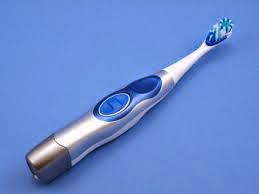 Here, from parents and professionals, are a few tips for getting a lifelong habit launched right: