Is School Making Your Kid Sick(er)?

From the Psychology Today Blog
"What to Expect When You Get the Unexpected:
A Mother's Notes on Childhood Mental Illness"

When my kids were little, I tried to sell them on the notion that school was their job. As in, “I know, Monday is the worst, but see how Mom and Dad go to work anyway? School is just your office. And when you get there and get busy, it’s not so bad after all.”

I have probably committed more offenses against the Gospel of Good Parenting than you can count on all four of your digit-bearing extremities. Way more. And the ol’ “school is your job, so you have to go even if you hate it” rule might be among my worst insults to my own children’s intelligence and well-being.

Here’s why I’ve changed my tune about the school-as-work argument: when Lars or I have had an unbearable, soul-crushing, stomach-churning job, we have either quit (me) or hung on by the skin of our teeth while doggedly looking for another one (Lars). Which means that the command to just suck it up because it’s a job is an attitude we have modeled most of the time--but not when things at work reach crisis proportions.

Like, when the boss is a bully. Or the company is unethical. Or we are being horribly, terribly exploited.

What I know now but didn’t then is that a child, with or without any disabilities can feel as wretched, as unable to succeed, and as demoralized in school as an adult can at work. Amplify that misery by a thousand if a child has anxiety or other mental health concerns.

Whether the issue is bullying, a high-stress environment, sensory overload (e.g. loud, crowded spaces with nowhere to catch a break), or a one-size-fits-all teaching model, sometimes a school is simply not a good fit.

When your kid is struggling with a mental illness, a bad fit can have a very bad outcome.

I have always been a proponent of public education--which for some students, even those with mental health disorders, works just fine. If someone had told me when my kids became of school age that both would eventually end up in private schools, I’d have politely nodded, then gone home and emailed Lars to inform him that someone was nuts.

Since having children, we have lived on the edge of the financial abyss (Hello, medical bills and lost income!), and private school looked to us like the place where rich kids congregated. Plus, both Lars and I are graduates of public schools (mine here, his in Germany). Private school was just not on our radar screen.

And then, this happened.

Benjy’s mental health declined. Between first and fifth grade, most of which were spent in public schools, he became more and more anxious and depressed. Isolated. Ostracized. The fear took root an hour after he returned home, and continued until the end of the next school day, when he was gifted another hour or two of respite before re-assuming his fetal position in bed. 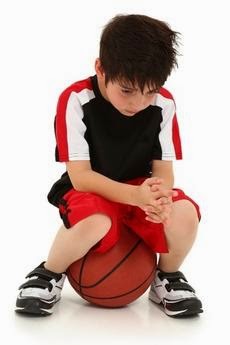 The other thing that happened--or didn’t happen--was education. He was so anxious, so sad, and so overwhelmed in a stimulating classroom of 20-30 confident kids, that no learning took place in school whatsoever.

He did learn, don’t get me wrong. Just not at school. He spent a lot of time on Google, on Netflix, on YouTube, inquiring deeply into the stuff that interested him. Whereas at school, he spent his time with his head on his desk, mutilating his fingers, or sleeping in the nurse’s office.

For Pete’s sake, why did you let it go so long? I’m pretty sure you are wondering at this point. For the sake of Petes everywhere, I will tell you why.

First of all, what parent doesn’t want their kid to be successful in school--private or public? We’d clung to our hope that Ben would find success in an integrated classroom--meaning, some kids with special needs, some without.

Also, we didn’t really know we had options. And even though Ben’s special education team were all wonderful people, and really cared about his welfare, I’ve learned that school districts will not always be proactive in suggesting it’s time for an out-of-district placement (by which I mean a private or public special education school).

Those placements, day or residential, can cost a school district a boatload of money.

But here is what I’ve learned in the trenches of disability parenting--especially parenting a child with severe anxiety, depression, and suicidality:

Setting is everything. If a school is too loud/colorful/overwhelming, and your kid has sensory integration issues, that school will be for your kid what a job that overwhelmed you to the point that you could not understand what you’re supposed to do, and could never quite catch up, would be to you.

I’ve had that job. Just thinking about the approaching work day made me sick to my stomach.

If your child is isolated or bullied? That school is a hell to your child. Feeling like part of a safe and welcoming community means as much to a child or teen as it does to most adults. Your local school district might be a prize-winning one, but if it is crushing your kid’s spirit, who cares about prizes?

If your child or teen has a particular learning style that her public OR private school does not accommodate, then chances are she is not learning. In special education lingo that’s called “not accessing the curriculum.”

If your kid isn’t learning at school, and a lot of honest attempts have been made to address the issue, then what use is going to school every day? Maybe the thing to do is start looking at other options.

So: how do you do this if you’re not wealthy?

Well, if your kid is on an individualized education plan (IEP), which he or she ought to be if psychiatric disorder impacts everyday learning and life, then theoretically your school district is obligated to foot the bill for an out-of-district placement if you can prove your child is not accessing learning (or is not safe in the setting), and no sincerely attempted remediation has worked.

I say “theoretically” because this is often not as easy as it sounds (that, readers, is a different post--and I promise to write it soon).

An educational advocate can help with the process of figuring all this out--and sometimes they can even be found pro bono!--but the most important thing you can do is to take notes on what is and is not happening at school, and if need be, stand up for your kid and fight the good fight.

In our case, because we collaborated with our school district to make every effort to keep Ben successfully in-district, enlisted his doctors and therapists and hospital case managers as allies, and kept going back to the table when all else failed, eventually we found the best school environment for him, one in which he has a strong community of peers who accept and respect him, and in which he is able to learn academics and life skills like never before. I only wish we'd figured it all out six years earlier--but I try to give myself the gift of dwelling in the present whenever possible.

At his current school--which is small, structured, filled with appropriate peers, plenty of outdoor activities, therapeutic animals, and leadership opportunities among lots of other good stuff--Benjy is successful. He is liked and admired.

Consequently, he has gained the desire to live. He is thinking about his life way in the future, rather than as a misery that will end as soon as he can find the means to end it.

I think that speaks for itself. It's the setting that did it. Well, the setting plus a lot of effort from a lot of people, not just Lars and me.

My son is a living, thriving example that educational setting is hugely important--for all students, but especially kids like him. If your child has psychiatric involvement, like mine does, then it may be imperative to figure out what he needs, and find a way to get it for him. It’s not easy, but it is possible.

And so, so worth it.

Deborah Vlock is a Boston-based writer of fiction and creative non-fiction. Her work has been published in print and online, and can be found in literary journals and glossy magazines, as well as on newsy and literary blogs. O, the Oprah Magazine, Huffington Post, Hunger Mountain, Literary Mama, The Missouri Review Blog, YARN (Young Adult Review Network), and The Atlantic Magazine online have all recently featured Deborah’s work.

You can find links to some of her writing on her website, www.deborahvlock.com.

Vlock is the mother of two remarkable teenagers, one of whom has struggled with mental illness since age four. A veteran (along with her son) of the pediatric psych unit, and a survivor of way too many night watches, she has found such clever solutions for hiding sharp household objects in the middle of the night, that certain scissors and a wobbly-handled steak knife have gone missing for good. She has also mastered the art of using the bathroom (but only when absolutely necessary) while keeping track of a child hell-bent on hurting himself.

Hers has been a life filled with pain, terror, exhaustion, illness, and on occasion, utter, transcendent joy. Oh, and with writing—thank goodness! She is dedicated to making connections and sharing stories and resources with other parents and/or writers.
at 5:45 AM