The Teen Brain “Shuts Down” When It Hears Mom’s Criticism

We all know that teen-parent relations can be a tricky business. Now, neuroscientists from several leading U.S. universities think they’ve found some new brain evidence that helps explain why.

The group from the Universities of Pittsburgh, California-Berkeley and Harvard, and led by Kyung Hwa Lee, invited 32 healthy pre-teens and teens – average age 14 and including 22 girls – into their brain imaging lab. The adolescents lay in the scanner as they listened to two 30-second clips of their own mother criticizing them.

“One thing that bothers me about you is that you get upset over minor issues. I could tell you to take your shoes from downstairs. You’ll get mad that you have to pick them up and actually walk upstairs and put them in your room.”

Ouch. The researchers focused on three particular brain networks in the teenagers’ brains: areas previously associated with processing negative emotion (e.g. in the limbic system); areas involved in regulating emotion (e.g. in the prefrontal cortex); and finally, neural areas involved in understanding other people’s perspective (e.g. the junction of the temporal and parietal lobes).

Here’s the main take-away: when listening to Moms’ criticism, and for a period afterwards, the teens’ brains showed more activity in areas involved in negative emotions (no surprise there), but they actually showed reduced activity in regions involved in emotional control and in taking other people’s point of view.

This suggests, the researchers said, that in response to maternal criticism: “youth shut down social processing [and] possibly do not think about their parents’ mental states.” They add: “… the decrement in brain activity in regions involved in mentalizing or perspective taking could help to explain the high frequency of maladaptive conflict resolution in parent-adolescent dyads.”

So one interpretation of this research is that when inter-generational civil war kicks off this Thanksgiving, bear in mind that your teenager’s brain cannot help but switch off when you start your nagging. Neuroscience says so, OK? 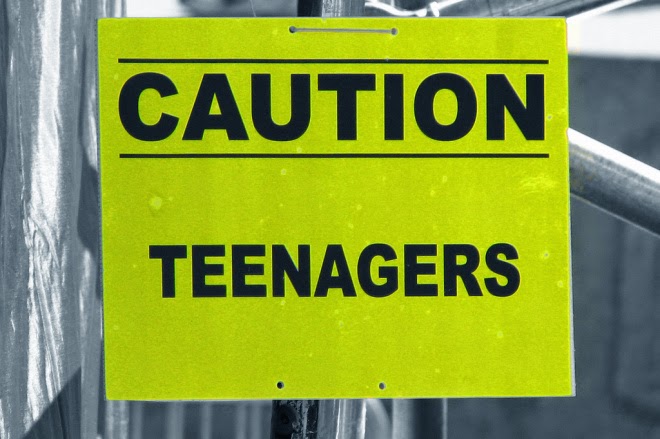 I wish I could leave it there, but the skeptic in me has to point out that this study is laden with limitations, many of which the researchers own up to. For example, they play fast and loose with a logical error known as “reverse inference” – that is, they make assumptions about the meaning of the neural activity patterns they observed based on past research (this is an issue I explain in more detail in my new book on brain hype).

The study also lacked clear instructions for the teen participants. We don’t really know how much attention they paid to the different audio clips. Brain imaging studies need to be carefully controlled and the fewer specific instructions you give your participants (in this study there were virtually none), the less controlled the experiment will be.

The looseness of the study means the results could in theory be interpreted in a different way. For example, as the researchers surmised, perhaps the shutting down of the teen brain is a kind of protective effect to help stop conflict from spiraling.

This would fit with the finding that the teens who said their parents were more supportive tended to show the more striking inhibitory effect during criticism.

These caveats and cautions aside, the researchers conclude with the bold claim that their results offer clues to better parenting:

“Parents may benefit from understanding that when they criticize their adolescents, adolescents may experience strong negative emotional reaction, may have difficulty cognitively controlling this emotion and may also find it challenging to understand the parent’s perspective or mental state.”

I think we knew that, but now we know it neuroscientifically.