What Can Brain Training Really Do for Kids?

A look at how these computer programs work, and the evidence for effectiveness. 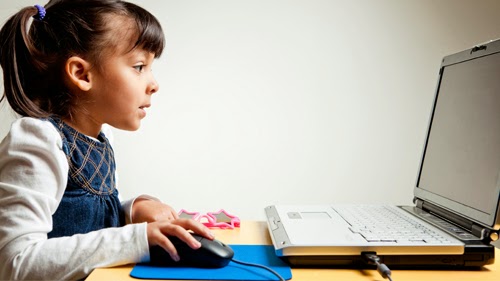 In the last few years the "brain gaming" business has taken off like a rocket. If you spend any time at all online, chances are you've been solicited by at least one company promising that for something like $10 dollars a month you can reverse aging! Prevent Alzheimer's disease! Improve your memory! Or even increase your I.Q.!

According to SharpBrains, a neuro-wellness research firm, spending on brain fitness hardware and software hit $1.3 billion in 2013 and is expected to reach $6 billion by 2020. And while most of these brain games are aimed at baby boomers, kids account for about 20% of the revenues from companies like Lumosity, Cogmed, Posit Science and others.

But there's a big difference between the big business of brain training and the not-so-solid science behind many of the claims being made by some companies. "I'm very skeptical about it," says Mike Milham, Director of the Center for the Developing Brain at the Child Mind Institute. "There is some research saying brain training has some value, and other research saying that it doesn't. No one has shown a particularly impressive effect size, so even when you show some benefit, is it worth the time and the money spent?"

What exactly is brain training?

It's engaging in computerized activities that are designed to strengthen cognitive skills, or a specific cognitive skill. "You could name a thousand different brain functions, or more," says neuropsychologist Dominick Auciello, "but the basic idea is that through computerized practice you're going to make those skills better." There are many different programs out there with different activities and exercises designed to enhance various cognitive functions.

Most of them are trying to train people to:

Dr. Auciello is trained in the use of Cogmed, a brain training program specifically designed to improve working memory. Working memory might be thought of as the brain's search engine, or mental scratch pad, and it's used to do things like remember both audio and visual directions, calculate math in your head and visualize the steps involved in a task. But while Dr. Auciello uses Cogmed as a treatment to address that specific issue in some kids, and he's "cautiously optimistic," he's not yet jumping on the brain game bandwagon for everyone.

What's an example of an exercise aimed at improving working memory?

One example involves an array of lamps on the screen, which will light up in a certain order. You have to remember the order. The test works by making users pay attention to a string of information. It starts off very easy and then increases in difficulty, according to the child's ability. The program uses an algorithm to give progressively harder items and when kids get one wrong it gives them one that's easier. Ultimately it keeps pushing kids until they are remembering six lamps and then seven, eight, nine, ten.

What kinds of kids benefit from brain training?

Children who have working memory deficits are the ones who might benefit the most from the practice they get with Cogmed. You can measure a child's working memory, and low working memory can be a symptom of a number of different diagnoses including:

For kids with language disorders, Dr. Auciello says, Scientific Learning's program Fast-For-Word works on reading skills and general language improvement. "Some studies show there's higher activity level in the region of the brain that deals with language with that program. It has decent data to support it," he says.

But before beginning any brain training program, parents should also consider their child's personality, warns Dr. Milham. "There are some people who love doing structured things like that," he says. But it's work, and it can be very frustrating.

"You're going to potentially have kids who are going to be pissed off because they are being forced into doing something that taps into a weakness of theirs."

Dr. Milham suggests speaking to your child's therapist first and asking how he thinks your child will tolerate brain training. "Sometimes the therapist will say, 'Are you crazy?! No, please don't do that—you're just going to get into a fight.'"

How do brain training skills translate to real life skills?

After five weeks of practicing the Cogmed exercises, Dr. Auciello says kids get much better at the exercises. "It can be interesting and sometimes even remarkable how much they've improved on these activities," he says, "but that doesn't mean a lot in and of itself. It doesn't tell us whether there've been changes in everyday life."

"They haven't really established the ability to generalize," agrees Dr. Milham. "There's one study that said it was good for short term memory, but what about longer retention? What is it actually doing? No one has shown consistent generalization.

How effective is brain training?

The bottom line, according to Dr. Auciello, is that when it comes to brain training the business is way ahead of the science. "I think there's great promise but I think these things need to be studied pretty carefully," he says. "I would say for most of the programs out there, there is either no or very limited research to support that there are kids who get better doing it."

He's careful when talking to parents about Cogmed because he feels more research needs to be done. "There are maybe 80 studies, some positive, some not, on Cogmed. They suggest that something's happening here, but it's not enough," he says. "If you compare it to the gold standard of medication for ADHD, where there are decades of studies, we're just nowhere near that."

But Dr. Auciello says that for some kids he sees subtle but helpful effects of brain training. "Nobody's coming in and saying, 'Oh my god, my child's life has completely changed and this is amazing. Maybe they're not doing more complicated math problems as a result but maybe the math that theyare doing feels less taxing. Maybe they're a little more confident. If the benefit is subtle, so be it."

Dr. Milham agrees that it can be useful in some very specific situations. "If you've chosen wisely and you don't have a kid with oppositional tendencies who's got a likelihood of failure, and if there's lots of praising and rewarding, maybe it will work," he says. "If you don't have that, you could wind up with another thing for the parent and child to fight about, for the kid not to be able to do, and you're paying money for it."

Something to Support Treatment—Not Replace It

Either way, Dr. Milham says families shouldn't give up on more traditional treatments. "I wouldn't say that it can't help anyone—that would be unfair—but there's not enough of an evidence base to really have this be any sort of standard of practice. If you want to use it to augment standard care, it's like any other experimental treatment: As long as the child is going to tolerate it, that's fine. Just don't try to replace treatment with it."
at 6:39 AM