Let ‘Em Out! The Many Benefits of Outdoor Play in Kindergarten


For the typical American kindergartner, unstructured free play during the school day consists of 20 to 30 minutes of recess, and perhaps some time at indoor “stations” — perhaps creating with building blocks, costumes, or musical instruments.

But what if there was more? What if the answer to “what did you do in school today?” was, “I climbed a tree, played in the mud, built a fire”?

That is exactly the kind of learning going on in the Swiss Waldkindergartens, or forest kindergartens, where children ages four to seven spend all of their school days playing outdoors, no matter the weather. With no explicit math or literacy taught until first grade, the Swiss have no set goals for kindergartners beyond a few measurements, like using scissors and writing one’s own name.

They instead have chosen to focus on the social interaction and emotional well-being found in free play.

With many parents and educators overwhelmed by the amount of academics required for kindergartners — and the testing requirements at that age — it’s no surprise that the forest kindergarten, and the passion for bringing more free play to young children during the school day, is catching on stateside.

Free play and inquiry learning are the cornerstone of Canada’s new all-day kindergarten program; forest kindergartens are popping up in Washington state, Vermont, and even Brooklyn.

At the Waldkindergarten, which takes place in the middle of the woods in Langnau am Albis, Switzerland, dotted with several handmade structures like a rudimentary wood shelter where children and teachers gather around the fire, children play, often away from teachers’ view. These scenes are captured in “School’s Out: Lessons From a Forest Kindergarten,” a documentary directed by Lisa Molomot.

The camera watches as a group of unattended children in sturdy coats and galoshes roll down a tall, muddy hill over and over; in another scene, a group of children help cook a popcorn snack over an outdoor fire, getting close enough to the open flame to add logs and poke the fire with sticks.

The children’s play may look like messing around, but Molomot said don’t be fooled: Even though Waldkindergartners engage in free play, there is more going on than first appears. “So much of what is going on and the kind of play they do, symbolic play, is really pre-reading,” Molomot said. “It’s a very important foundation for reading.

We’ve received a lot of comments about the film that say, ‘Oh, the school looks like recess,’ and that’s a very misunderstood concept about play for kids. You’d be surprised at the importance of play.” 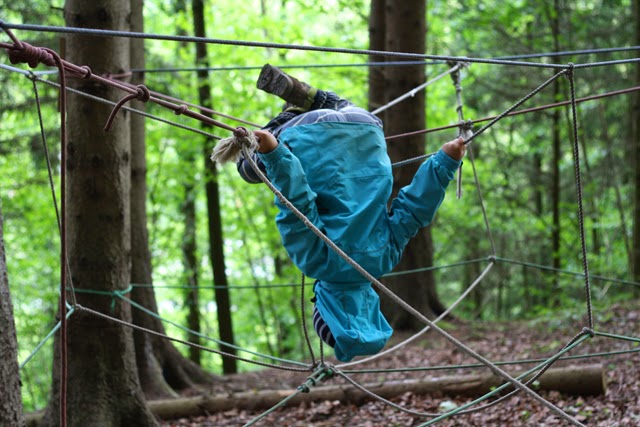 Scenes of rosy-faced children building forts in the snow are presented in sharp contrast to the academic (and mostly indoor) kindergarten in New Haven, CT, where a normal day is packed full of orderly activities: morning meeting, readers’ workshop, writers’ workshop, a special activity (like art, gym, and music), lunch and recess, storytime, “choice” (a fancy word for play), math centers, then closing meeting.

“It’s a full day, a lot of transitions,” teacher Ann Donnery tells the camera dryly. Donnery notices that the gross motor skills of many of her kindergartners are underdeveloped, noting that usually means that fine motor skills are also lacking. “Developing those gross motor skills is just critical, can impact so much of later learning,” she said.

The film reaches Americans at a particular time, one in which the free-playing child, unsupervised by adults and encouraged to take risks, feels like an endangered species. Not only are our kids increasingly unfit — a recent CDC study finding that American young people are becoming more physically unfit with each passing year, regardless of race or socioeconomic status — they are also lacking in the attention needed to learn, with more than 10 percent of the school population diagnosed with some kind of attention disorder.

Pediatric occupational therapist Angela Hanscom opined in the Washington Post that there’s good reason our kids are so fidgety: more and more students come to class without having enough core strength and balance to hold their bodies still long enough to learn. The core strength is only gained, she said, from moving their bodies for hours at a time.

Hanscom notes that our youngest children seem to be trapped in a Catch-22 inside their own bodies: “In order for children to learn, they need to be able to pay attention. In order to pay attention, we need to let them move.” 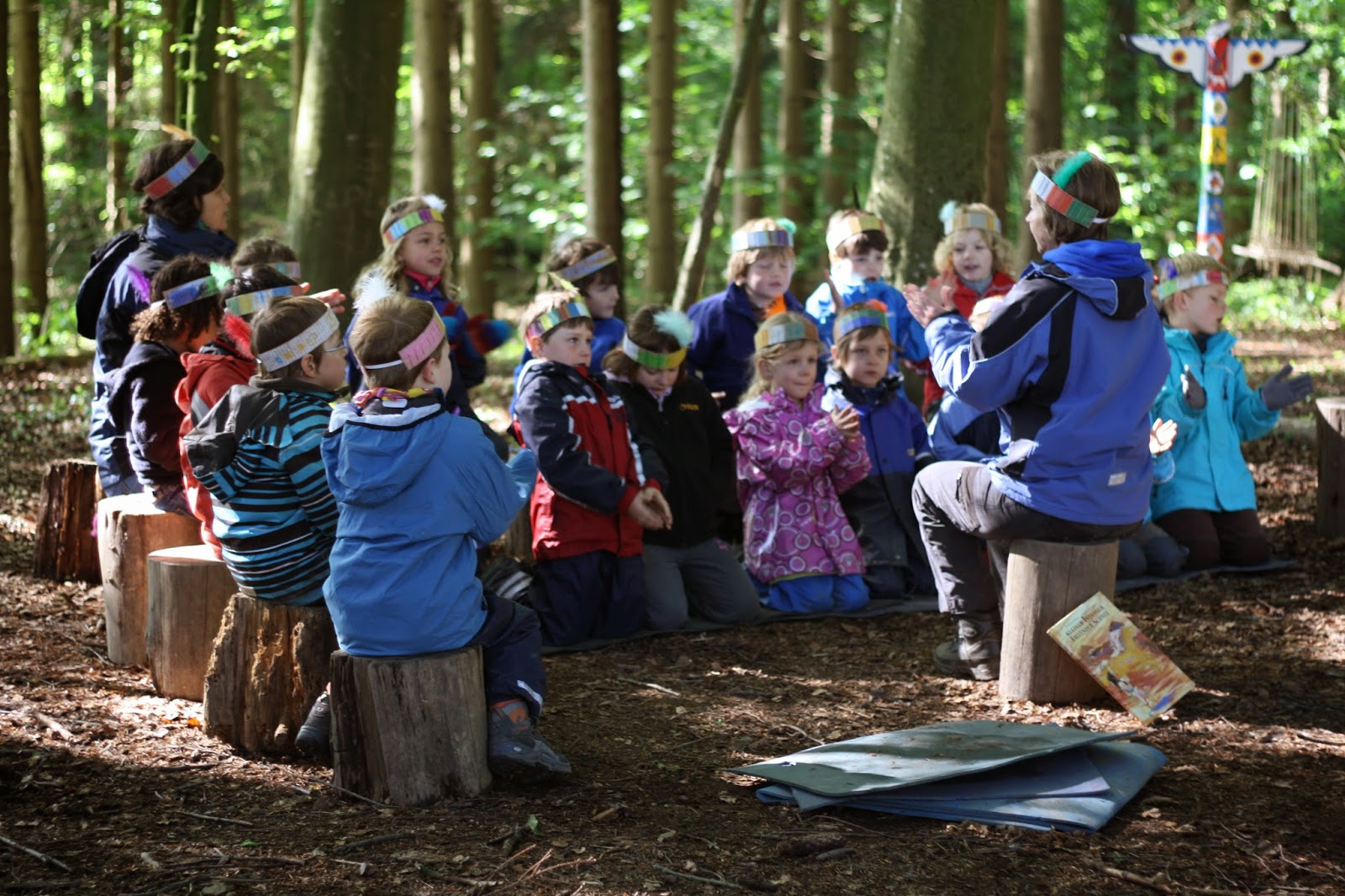 A recent study by psychologists at the University of Colorado shows an even stronger reason for free play: children who experienced more undirected free play showed signs of stronger executive function, a strong predictor of success in school.

It’s nearly impossible to watch School’s Out and not be convinced that our youngest students need more free play than they are currently getting. But for most urban and suburban schools, how to incorporate the kind of free play found in Waldkindergartens can be confounding, or even not a particular priority when so much else must be accomplished to meet standards and markers of success.

Charlie Friedman, Founder and Head of School for the Nashville Classical charter school in Nashville, Tennessee, just finished the school’s introductory year with 96 kindergartners. The school focuses on a Core Knowledge curriculum, and Friedman said they had “clear lines in the sand” about what the children needed to know by the end of kindergarten.

Nashville Classical’s students, many of whom come by bus from all over the city, are mostly students of color, the majority coming from low-income backgrounds. “The biggest thing that we offer [at Nashville Classical] is high expectations every second of the day, the academic piece that they need to be successful,” Friedman said. He seemed unsure whether or not his students needed more free outdoor play, saying that as a charter school, they have the control to try to give children both play as well as academics.

“A lot of schools can either teach reading or have recess,” Friedman said. “We were really fortunate to design our school from the ground up. Reading and recess are important enough that we need to do both.”

Friedman’s kindergartners attend school from 8:00 until 4:00, and receive 30 minutes of recess per day inside a fenced play area containing monkeybars, slides and a grassy open area. Nashville Classical’s kindergartners also receive 30 minutes of physical education every day, and teachers use a kinesthetic instructional style and try to incorporate movement into many of their lessons, often using singing, chanting and movement to help children remember the information they are learning. (There’s evidence to show why this is important, too.)

While this kind of adult-led movement is a far cry from the nearly unstructured free play of a forest kindergarten, it does serve the school’s purpose of high academic standards for their kindergartners, in hopes this prepares them for future academic success. Molomot said that the Swiss forest kindergarten was started by a group of teachers who saw that their children needed more room to play and learn. “At that age, they are thirsting to learn, to be part of the world, and we put them in this box,” Molomot said.

“And I can even say for myself, it was so much nicer to be outside where there was space. Inside the New Haven classroom, you couldn’t even move, there was this buzz of the lights, all of these artificial elements. I don’t know if the kids feel that, but I know I certainly felt better at the end of the day filming outside than in the classroom.”
at 6:49 AM