Report: Requiring Kindergartners to Read — as Common Core Does — May Harm Some

From The Washington Post's Education Blog
"The Answer Sheet"

The Common Core State Standards call for kindergartners to learn how to read, but a new report by early childhood experts says that forcing some kids to read before they are ready could be harmful. 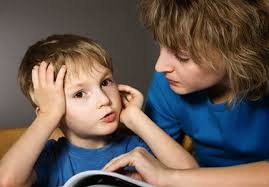 Two organizations that advocate for early childhood education — Defending the Early Years and Alliance for Childhood — issued the report titled “Reading in Kindergarten: Little to Gain and Much to Lose.” It says there is no evidence to support a widespread belief in the United States that children must read in prekindergarten or kindergarten to become strong readers and achieve academic success.

The report says that kindergarten has since the 1980s become increasingly academic — with big pushes from President George W. Bush’s No Child Left Behind and President Obama’s Race to the Top — and that today many children are being asked to do things they are not ready to do. It says:

"Under the Common Core State Standards (CCSS), the snowball has escalated into an avalanche which threatens to destroy appropriate and effective approaches to early education. The kindergarten standards, in use in over 40 states, place huge emphasis on print literacy and state bluntly that, by the end of kindergarten, children are to “read emergent-reader texts with purpose and understanding.”

Large amounts of time and money are being devoted to this goal, and its impact is felt strongly in many preschools as well.

Many children are not developmentally ready to read in kindergarten. In addition, the pressure of implementing the standards leads many kindergarten teachers to resort to inappropriate didactic methods combined with frequent testing. Teacher-led instruction in kindergartens has almost entirely replaced the active, play-based, experiential learning that we know children need from decades of research in cognitive and developmental psychology and neuroscience.

When children have educational experiences that are not geared to their developmental level or in tune with their learning needs and cultures, it can cause them great harm, including feelings of inadequacy, anxiety and confusion. A grandmother from Massachusetts told this story:

'My 5-year-old grandson adored his play-based preschool, but it was a different story when he started an all-day, very academic, public kindergarten. From the first day he had mostly worksheets and table tasks, which he said were “hard.” On the fifth day of kindergarten he refused to go to school, locked himself in his bedroom, and hid under his bed!'"

Here from the report are some examples from the Core that the authors cite as inappropriate for many kindergartners:

The CCSS website states, “Students advancing through the grades are expected to meet each year’s grade-specific standards and retain or further develop skills and understandings mastered in preceding grades.”

However, there is no evidence that mastering these standards in kindergarten rather than in first grade brings lasting gains. To achieve them usually calls for long hours of drill and worksheets — and reduces other vital areas of learning such as math, science, social studies, art, music and creative play.

Print Concepts: CCSS.ELA-LITERACY.RF.K.1.D: Recognize and name all upper- and lowercase letters of the alphabet.

Phonics and Word Recognition: CCSS.ELA-LITERACY.RF.K.3.B: Associate the long and short sounds with common spellings (graphemes) for the five major vowels.

Integration of Knowledge and Ideas: CCSS.ELA-LITERACY.RI.K.9: With prompting and support, identify basic similarities in and differences between two texts on the same topic (e.g., in illustrations, descriptions, or procedures).

Vocabulary Acquisition and Use: CCSS.ELA-LITERACY.L.K.4.B: Use the most frequently occurring inflections and affixes (e.g., -ed, -s, re-, un-, pre-, -ful, -less) as a clue to the meaning of an unknown word.

The authors call for the withdrawal and rewriting of the kindergarten Common Core standards. Other recommendations from the report are:

Here’s a video on this subject:


One of the report’s authors, Carlsson-Paige, who is professor emerita of early childhood education at Lesley University in Cambridge, Massachusetts and the author of “Taking Back Childhood”, co-wrote a tough critique of the kindergarten Common Core standards that you can read here. It says in part:

"When the standards were first revealed in March, 2010, many early childhood educators and researchers were shocked. “The people who wrote these standards do not appear to have any background in child development or early childhood education,” wrote Stephanie Feeney of the University of Hawaii, chair of the Advocacy Committee of the National Association of Early Childhood Teacher Educators.

The promoters of the standards claim they are based in research. They are not. There is no convincing research, for example, showing that certain skills or bits of knowledge (such as counting to 100 or being able to read a certain number of words) if mastered in kindergarten will lead to later success in school. Two recent studies show that direct instruction can actually limit young children’s learning. At best, the standards reflect guesswork, not cognitive or developmental science.

Moreover, the Common Core Standards do not provide for ongoing research or review of the outcomes of their adoption—a bedrock principle of any truly research-based endeavor."
at 7:06 AM