From The Boston Conservatory

This is a special performance for families and friends of those who have been diagnosed with an autism spectrum disorder (ASD) or other sensitivity issues. At this performance, the theater environment and production will be altered to provide a sensory-friendly, comfortable and judgement-free space that is welcoming for this audience.

About The Pajama Game 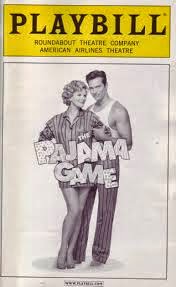 The Pajama Game explores the dangers of a workplace romance to hysterical effect. Conditions at the Sleep-Tite Pajama Factory are anything but peaceful, as sparks fly between new superintendent Sid Sorokin and Babe Williams, leader of the union grievance committee. Their stormy relationship comes to a head when the workers strike for a 7.5-cent pay increase, setting off not only a conflict between management and labor, but a battle of the sexes as well.
To learn more about Autism-Friendly programming at The Boston Conservatory, visit bostonconservatory.edu/autism
at 10:54 AM