Improving Your Child’s ADHD with Exercise

From PsychCentral's "World of Psychology"

Getting in a good run before work keeps us focused and productive at the office. But did you know exercise could also help children with ADHD perform better in the classroom?

“The immediate effects are that you’re much more alert — there’s that endorphin rush,” said Hoza. That rush has proven to boost mood, help ward off anxiety and depression in adults, and now to improve cognitive function in children with ADHD. 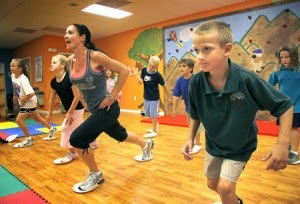 ADHD is the most commonly diagnosed disorder among U.S. children ages 4 to 17, with over 6.5 million cases as of 2011 according to the Centers for Disease Control and Prevention. This affects one in five boys and one in 11 girls, with many children still undiagnosed.

“Children with ADHD have core deficits associated with inhibitory control and a decreased ability to pay attention. Exercise can help here,” said Mathew Pontifex, a professor of kinesiology at Michigan State University. His research showed a single bout of exercise can improve students’ scores in reading and math.

During exercise, the brain releases several chemicals — dopamine, serotonin, and norepinephrine — which are all critical for attention focusing in children with ADHD. While you may exercise to keep fit, the acute benefits from blowing off some extra steam could help children in similar ways as current medications, and without the side effects.

Methylphenidate (Ritalin, Concerta, Adderall) is the most commonly prescribed drug for treating ADHD, but comes with a slew of side effects, including nausea, difficulty falling asleep, and appetite suppression. Getting ADHD children to finish their meals and go to bed on time is already a struggle for most parents.

Also, many are hesitant to give their young children a stimulant in the same drug class as cocaine.

“For parents not ready to put their children on psychostimulants, exercise could definitely provide benefits,” said Pontifex.

You don’t have to run a marathon or play four quarters of basketball with your kids. “We push for 20 minutes. That’s the general recommended dose and typically what they are actually getting in a 50-minute gym class,” said Pontifex.

Any type of aerobic activity will work, according to Pontifex, and parents and their children can perform many together: walking the family dog, playing tag, and even dancing to favorite music.

In Hoza’s study, published in the Journal of Abnormal Child Psychology, children performed aerobic physical activity, such as tag or “sharks and minnows,” 30 minutes every day before school for 12 weeks. Another group of children did classroom art projects. Children in the exercise group showed greater improvements in attention focusing than those in the sedentary group.

“This shows promise as a new treatment for ADHD, but more research needs to be done,” Hoza said. “We don’t know how long the effects persist over time.”

This is a problem when considering exercise as a long-term treatment. Most ADHD medications can last six to 10 hours. There is no evidence showing 20 minutes of exercise even comes close. For kids sitting in school six to seven hours a day, exercise intermittently throughout the day has become difficult.

In a way, the worst thing a teacher could do for an unruly child is take away recess time.

“School funding is increasingly being tied to achievement scores, and that means cutting opportunities for physical activity for additional time in the classroom,” said Pontifex.

The goal for many researchers is still to incorporate short bouts of exercise during the school day. “Our next step is to start implementing these programs. We want dissemination for any school,” said Hoza. But for now, parents must find ways to keep their children active. Their lives could depend on it.

Parents can help their children with ADHD reach their academic potential by working with them at home. Try the following strategies:

Kevin Sterne is a freelance journalist, editor, and fiction writer with a focus on challenging long-held mental health stigmas and prejudices. He resides in Chicago and is currently working on a MA in Writing and Publishing from DePaul University. Read more of his work here: http://www.kevinsterne.com or follow him @kevinsterne.
at 6:20 AM