Why Does My Child Still Have Temper Tantrums?

From the Child Mind Institute
via Understood 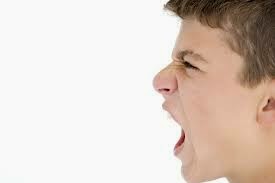 Question: My fourth grader still has temper tantrums. Why? Is that common in kids with executive functioning issues?

Answer: If you’re the parent of a young child, chances are you’ve suffered through your share of tantrums. When a toddler is crying, yelling, and thrashing around, or kicking and hitting you, you feel pretty helpless.

But tantrums are even more frustrating when your child is past the age when most kids grow out of them.

Tantrums are essentially kids being overwhelmed by their emotions. Becoming more able to regulate your emotions is part of normal development. But not all kids are on the same timetable.

By the time they’re 8 or 9, most kids have learned to handle strong emotions. They’ve developed language skills to express feelings like frustration and anger. They’ve learned to negotiate.

Some kids are behind in developing those skills. Your fourth grader may be one of them. What kind of skills might be lacking? Dr. Steven Dickstein, a pediatrician and child and adolescent psychiatrist, lists:

Kids who throw tantrums past the typical age may have found that it works for them. If you’re giving your child what he wants to end the tantrum, you’re inadvertently reinforcing that behavior.

Does your fourth grader throw a tantrum when he doesn’t get his way, or something is particularly hard for him? He may need help learning to manage his emotions and communicate his feelings in a more grown-up way. You may need to make sure you’re not unintentionally responding in a way that encourages him to keep doing it.

To help him, you’ll need to do two things: First, understand where this behavior is coming from—what’s triggering it. Second, you’ll need to help him develop the skills he’s lacking, instead of reinforcing his less mature tantrum behavior.

In managing tantrums the first step is identifying what triggers them. Then consider ways the environment can be changed to reduce the incidence of outbursts.

“A majority of kids who have frequent meltdowns do it in very predictable situations: when it’s homework time, bedtime, time to stop playing,” explains Dr. Vasco Lopes, a clinical psychologist at the Child Mind Institute. “The trigger is usually being asked to do something that’s aversive to them or to stop doing something that is fun for them.”

Anticipating those triggers, and modifying them so that it’s easier for your child to manage, is one way to eliminate tantrums.

Does your son explode when you tell him it’s time to stop playing a video game and come to dinner? A series of warnings that dinner time is approaching might help him make the transition more easily. Does he tend to melt down over homework? You might build in regular breaks during homework time, and break intimidating tasks into smaller chunks.

Avoiding a tantrum before it begins does not mean you’re “giving in” to your child’s demands. You’re giving him a chance to practice dealing with things that are challenging for him in a more mature way.

Lacking the Skills to Self-Regulate

Serious trouble controlling emotions and behaving in an age-appropriate way may be a sign of an underlying problem that needs attention. Some of the common underlying conditions that might be causing the tantrums include:

A child throwing a tantrum may seem like he’s just trying to manipulate you. But the behavior is less voluntary than many parents realize, Dr. Dickstein notes. Kids with serious temper problems aren’t throwing tantrums on purpose. However, they may have learned, through reinforcement from adults, that tantrums get results.

“There’s no question that kids who haven’t outgrown tantrums do have lagging skills in emotional regulation,” says Dr. Lopes. “But then I think that weakness is maintained and exacerbated by conditioned learning.”

If a child encounters a problem, doesn’t know how else to handle it, and resorts to tantrums, he may well learn that, over time, this helps him get his way. “It becomes a vicious cycle,” says Dr. Lopes. “Instead of honing and practicing the skills that kids normally learn to solve problems collaboratively,” he explains, these kids are learning that throwing a tantrum is a viable way to escape a situation that’s upsetting them.

When tantrums occur, resist the temptation to end them by giving your child what he wants. For outbursts that aren’t dangerous, the goal is to ignore the behavior. Even negative attention like reprimanding or trying to persuade him to stop has been found to positively reinforce the behavior.

Withhold attention from behavior you want to discourage. Lavish it instead on behaviors you want to encourage. When he makes an effort to calm down or comply or propose a compromise, that’s when you want to respond.

One thing you don’t want to do is try to reason with your child when he’s upset. As Dr. Dickstein puts it, “Don’t talk to the kid when he’s not available.” You want to encourage a child to practice at negotiation when he’s not blowing up, and you’re not either.

You may need to teach techniques for working through problems, breaking them down step by step, if your son is immature or has deficits in this kind of thinking and communication. These are important skills for him to learn in order to do well in school and with friends, as well as to make family life more positive.
at 6:29 AM