Why Schools Are Failing Our Boys

From The Washington Post's Blog
"On Parenting"

My 8-year-old son has been struggling in school. Again.

Re-entry after winter break has not been easy for him. The rules and restrictions of school--Sit Still. Be Quiet. Do What You Are Told, Nothing More, Nothing Less--have been grating on him, and it shows. His teacher recently emailed me; she’d noticed a change in his behavior (more belligerent, less likely to cooperate) and wanted to know if there was anything going on at home.

My guess, I said, was that he was upset about having to be back in school after break. I was right.

The lack of movement and rigid restrictions associated with modern schooling are killing my son’s soul.

Does that sound dramatic to you? Perhaps. After all, most of us go through school and somehow survive more or less intact. But if you really think about it, you might remember what you hated about school. You might remember that it took you years after school to rediscover your own soul and passions, and the courage to pursue them.

The stress of school, of trying to fit into an environment that asks him to suppress the best parts of himself, recently had my son in tears. Again.

[Read: Why we have to stop labeling our boys]

He hasn’t been allowed outside at school all week; it’s too cold. Yet this son has spent happy hours outside at home this week, all bundled up, moving snow with the toy snowplow, creating “snowmobile trails” in our yard with his sled and shoveling both our walk and our neighbors.

Because he wants to.

This morning, as always, my son was up and dressed before the rest of the household; he likes time to play Minecraft before school starts. But he also cleaned the dirty glass on the woodstove, started the fire and brought wood into the house.

Because he wants to. 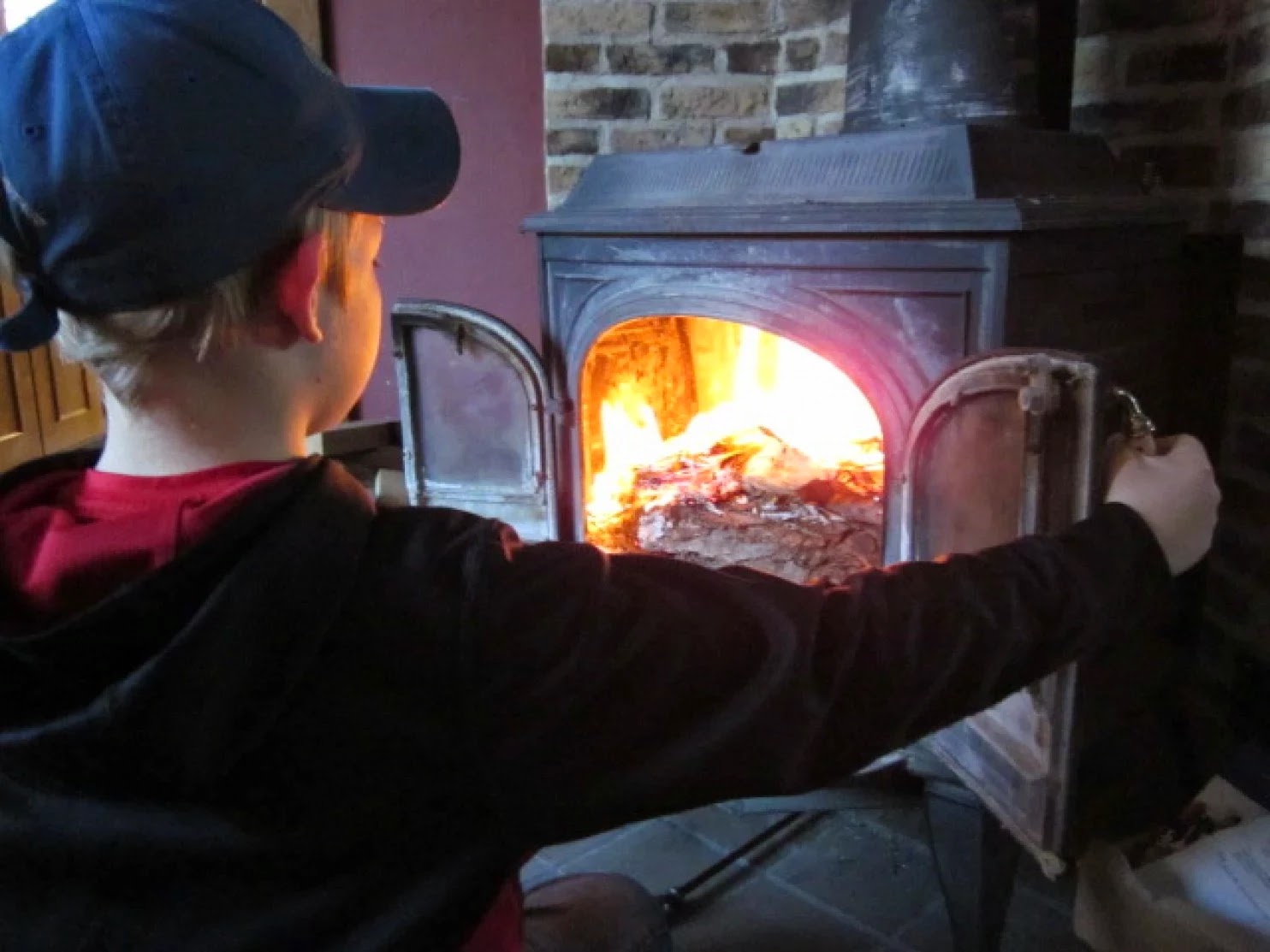 And it hit me this morning: He would have done great in Little House on the Prairie time.

We’re reading Laura Ingalls Wilder’s The Long Winter, one of the books in the Little House series, aloud right now. Back then, boys (and girls) primarily learned by doing. Kids between the ages of 5 and 18 weren’t corralled into schools and kept apart from real life; out of necessity, boys worked on the farms and girls helped in the house. Entire families worked together to survive, and along the way, boys and girls learned how to function in the real world.

That’s the kind of learning my son craves.

Kids haven’t changed much over the past 150 years; our society has. So while my son still needs movement, still craves real-world learning, physical labor and ways to contribute to his family and his world, he’s expected to spend most of his time in a desk, in a classroom, with 20-some other kids his age.

He’s not allowed to go outside at school when it’s too cold or wet; he’s expected to sit quietly in the library or auditorium during recess time. He’s allowed few opportunities for “real” work; today, when you hand an 8-year-old a saw or allow him to start a fire, people look at you askance.

One hundred and fifty years ago, my son would have been considered a model boy. Today, more often than not, he’s considered a troublemaker due to his failure (or inability?) to conform to the expectations of the modern educational system.

I understand that society today is much different than society in the 1800s. Most of that change is good; I applaud antibiotics and equality. I’m a big fan of the internet and indoor plumbing. But at the same time, I think our current approach to education fails to honor the needs of children, especially the needs of our boys.

Boys today aren’t fundamentally different than the boys of 150 years ago. Yet today, they’re confined to classrooms, expected to remain still for the majority of the day, and barely allowed to tackle meaningful labor or the real world until they reach the magical age of 18. Is it any wonder our boys are struggling?

Statistically speaking, boys now lag behind girls on every single academic measure; they also get in trouble and drop out of school much more frequently than girls. There are fewer boys in college than girls, and far more lost 20-something boys than 20-something girls.

Our boys are not the ones who are failing; we are the ones failing our boys.

My son’s struggles break my heart. I worry that they’ll break his spirit next. For now, I wipe his tears, e-mail his teacher, allow him outside every chance I get and share his story, because I want other parents of boys to know they are not alone. I want them to know that the problem is not their son, but rather a system that is failing far too many boys.

Jennifer L.W. Fink is a freelance writer and mother of four boys. She’s also the creator of BuildingBoys.net.
at 6:24 AM