Your Face Scares Me: Understanding the Hyperrational Adolescent Brain 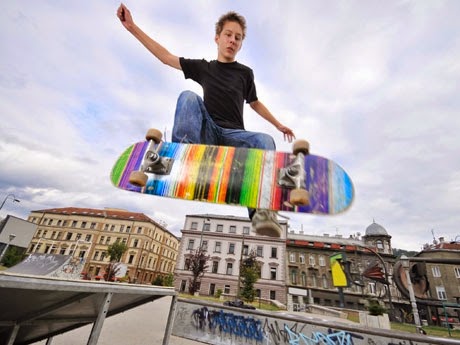 Take off your snarky hat. Adolescents get a bad rap, says Dr. Daniel Siegel, and he should know. He's a clinical professor of psychiatry at the UCLA School of Medicine, founding co-director of the Mindful Awareness Research Center, Distinguished Fellow of the American Psychiatric Association, Executive Director of the American Psychiatric Association, and author of many books, videos and articles on the mind.

Despite his endless awards and titles, Siegel displays in lectures the warm avuncularity of James Taylor in an off-the-rack suit as he urges parents and educators to stop viewing adolescence as a grim and crazed space that kids need to cross through quickly. Why? Because teens will perceive these attitudes and act accordingly.

Siegel’s recent and sobering book, Brainstorm: The Power and Purpose of the Teenage Brain, relies on recent neurobiology research to explain how the mind works during adolescence, the ages between 12 and 24. It's not just adding five years onto a ten-year-old’s brain, he says. Teenagers get a whole new brain.

More to the point, his book sensibly frames how adolescents' brain developments and concomitant personality traits serve a grand purpose -- preparation to leave the nest.

According to Siegel, there are several unique features of the adolescent mind that deserve the awareness of teachers who "alloparent" (perform parenting duties without technically being a guardian).

Fact: The brain's emotional system is more active during adolescence than at any other stage of life. So what? Shown a photo of a neutral face, an adult's reasoning prefrontal cortex is activated, whereas the same photo lights up the emotional amygdala of the teen brain. Consequently adolescents may feel complete conviction that a neutral face is hostile or that an innocent remark is aggressive. It's the lower limbic system getting braced to face the outside world.

Application: When a teen over-reacts and blows attitude your way, try not to take it personally. Matching a student's fire with our own -- "Jeremy! Take that attitude outside!" -- can escalate the threat level, thereby triggering the adolescent’s "fight, flee, freeze, or faint" response.

Instead, wait 90 seconds -- the amount of time it takes for spiky emotions to subside. Then say, "I felt some heat back there. Can you name what you were feeling?" Brain studies show that naming emotions activates the prefrontal cortex and calms emotions. So name it to tame it.

Fact: Dopamine is a neurotransmitter that helps to control the brain's reward and pleasure centers. Baseline levels of dopamine are lowest during adolescence, but its ecstasy-triggering release in response to "sex, drugs, and rock and roll" and novelty, giggling, texting, chocolate cake, rugby, and risk, is higher than at any other stage of human development.

If adolescents didn't experience such grinding boredom living in mom's Tribeca brownstone, they’d never leave to major in ecogastronomy, be all they can be, climb Mt. Rainier, and ride a bus for two days to see Deadmau5.

Unfortunately, increased reward drive can lead to what is often incorrectly categorized as impulsivity. A better term would be "hyperrationality," or examining the facts of a situation and placing more "weight on the calculated benefits of an action than on the potential risks of that action."

This played out for me in the 1980s when my parents took a trip, leaving me home for the summer. My teen brain decided that eating nothing more than three cups of Rice Krispies with skim milk each day would be a good way to lose weight. I realized this was not a healthy choice, but the benefits and originality of my solution for quickly shedding pounds overrode the headaches, mouth lesions, and two contiguous bouts of strep throat that followed.

When my parents returned home, they found me woozy with hunger, and ordered me to eat a PB&J sandwich. I protested for an hour because, duh, my plan was working -- and then finally relented.

Application: Saying "no" does not counter hyperrationality. Scare tactics, admonishments, and medical information didn't curb teen smoking, says Siegel. "The strategy that worked was to inform them about how the adults who owned the cigarette companies were brainwashing them so they could get their money."

Instead of negatively directing adolescents to abandon their risky plans, Siegel says, respect their goals, and then suggest alternative boundary-pushing actions. Example:

"Todd, wanting to modify your appearance is natural, but how about swimming for an hour every day this summer? Most of your friends would find it too challenging, but they'd be impressed by how you accomplished your goal and grew muscle."

Siegel also recommends having adolescents put their hands on their chest and their stomach to become aware of the neural networks surrounding intestines ("gut feeling") and the heart ("heartfelt feelings"), and counter hyperrationality with intuition. Ask, "What does your heart and gut tell you about that plan?"

The Holy Grail of Brain Development

Neural integration, linking areas of the brain so that more sophisticated functions emerge, writes Siegel, is the most important concept in brain development. But 98 percent of schools don't use one of the most effective strategies for achieving this integration, as well as recalibrating adolescents' emotional reactivity and countering hyperrationality.

Through mental training for 12 minutes a day, adolescents can stimulate the growth of myelin sheaths that make their neural networks more efficient. Mental training can also lead to feeling more engaged, receptive, resourceful, and adaptive -- ideal traits for learning how to develop resilience and efficacy.
at 6:51 AM