Not All Kids ‘Outgrow’ Math Struggles

From Penn State University
via Futurity

Math difficulties can appear in some children from low socioeconomic status households as early as by age two. Early screening and intervention can help, say experts. 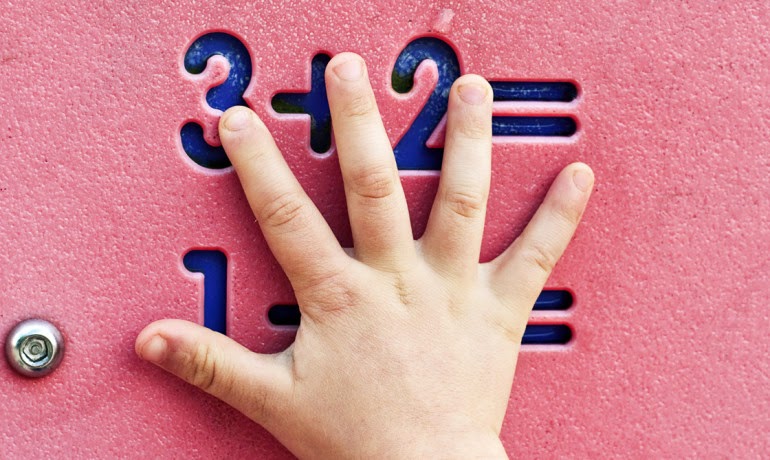 The new study, published in the Journal of Learning Disabilities, indicates that a family’s economic status is a significant factor in whether or not a child will continue to have trouble with math.

What can schools do?

“Schools can’t do much to change a family’s economic circumstances,” says Paul L. Morgan, associate professor of education at Penn State, “but schools can decide how they allocate extra resources and how early they intervene to help children who seem to be struggling academically.”

Early screening and intervention efforts should begin when a child starts school—and should be multi-faceted to target early mathematics, reading difficulties, and behavior problems.

“Before entering school, children may not have much informal exposure to mathematics. Conversations and activities that include talking about mathematics may help reduce children’s later struggles when they are being taught more formally in the elementary- and middle-school grades,” he says.

For the current study, researchers analyzed two nationally representative, longitudinal data sets of US children maintained by the Department of Education’s National Center for Education Statistics. One sample of children was followed from birth to kindergarten; the other was followed from kindergarten to the end of eighth grade.

For elementary- and middle-school students, reading difficulties, mathematics difficulties, and attention-related behavioral difficulties increased risk, as did being from lower socioeconomic households.

“Children who struggle in mathematics often do not ‘grow out of it,’ so a ‘wait and see’ approach might only have ‘wait to fail’ consequences for many children.” Morgan says.

The U.S. Department of Education’s Institute of Education Sciences funded the study.
at 6:43 AM