What Are Intelligence Tests?

From the MGH Clay Center

"... an IQ test is ... not a measure of someone’s ultimate potential, nor does it measure qualities such as perseverance, creativity, emotional intelligence and other skills that are ultimately important for a person’s future success."

Probably no other single area of evaluation has seen more controversy than that of intelligence. Psychologists have debated whether intelligence is learned or inherited, culturally-specific or universal, one ability or several. These debates are ongoing, and won’t soon be resolved. For the purpose of this blog, I’ll discuss intelligence as it relates to a child’s score on an IQ test.

Efforts to measure intelligence have long been a part of psychology. Although still surrounded by controversy, IQ tests are the most studied, and consequently, the most reliable, valid and useful tests available. Within a test, people tend to perform the same on items designed to assess the same ability, suggesting internal consistency. They are reliable because people generally get the same score when they retake the same test years later.

Studies that have compared children’s IQ scores with their performance in school have found that IQ and school performance are highly correlated. That is, such tests are one of the best single indices of how well a child will do in school.

Having said that, IQ tests are not the sole factor for determining how a person will eventually function in society, as other variables, such as parenting, quality of schooling, motivation and exposure to culture and books, are also important determinants of success in life.

An IQ score reflects a person’s performance on an intelligence test relative to that of persons of the same age. In other words, a child’s IQ score tells you the extent to which his or her performance on the test departs from average.

Despite their limitations, IQ tests are the best measure we have of a person’s abilities in a variety of areas. IQ tests are composed of sub-tests that measure more specific abilities. Scores on these sub-tests are combined to yield measures of verbal and nonverbal abilities, processing speed and working memory, as well as a Full Scale IQ score. 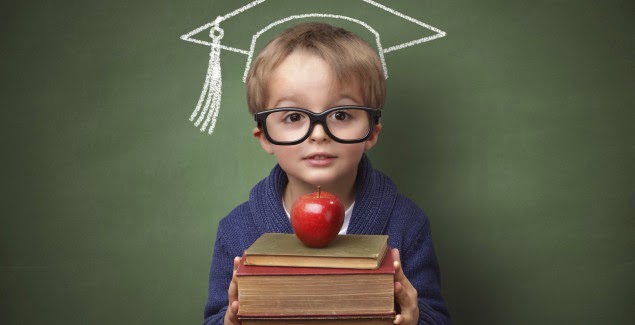 The most common IQ tests for children include the following:

The Wechsler Intelligence Scale for Children is the most widely used test of intelligence for children aged 6 through 16 years. There are currently two different editions of the WISC. The WISC-V is the newest version, and became available in the fall of 2014. It’s important to note that it can take a year from publication of a new version of the WISC for professionals to become trained on it; however, don’t expect to see the WISC-IV in use much after 2015.

This test is one of the most widely-used tests of cognitive ability for young children aged 2 through 7 years. It includes sub-tests that are similar in nature to those of the WISC-IV and V; essentially, it can be considered a downward extension of the WISC-V.

The Stanford-Binet can be used with individuals aged 2 through 85+ years. It includes a battery of sub-tests, many of which are similar in content to those on the Wechsler scales. This test measures five content areas: Fluid reasoning, knowledge, quantitative reasoning, visual-spatial processing and working memory. A general composite score is also obtained as a measure of overall intelligence.

The DAS is a test of cognitive ability that can be used with children aged 2 through 17 years. It was devised to measure specific ability across a range of cognitive domains, such as inductive reasoning ability, verbal ability and spatial ability. It’s similar to the Wechsler scales in a number of areas (e.g., it includes numerous sub-tests), and yields a General Conceptual Ability score (GCA) which is similar but not identical to the Full Scale IQ of the WISC.

As you can see, there are indeed a number of good measures of cognitive ability, and each has pluses and minuses. However, the tests have more similarities than differences, and most children will get similar scores across tests. Whoever examines your child should put thought into picking the correct tests for him or her, much as a physician picks the correct medicine to treat certain symptoms.

Keep in mind, though, that a score on an IQ test is just that—a score. It’s not a measure of someone’s ultimate potential, nor does it measure qualities such as perseverance, creativity, emotional intelligence and other skills that are ultimately important for a person’s future success. 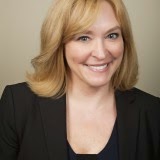 Ellen Braaten, Ph.D. is associate director of The MGH Clay Center for Young Healthy Minds, and director of the Learning and Emotional Assessment Program (LEAP) at Massachusetts General Hospital. She is also an assistant professor of psychology at Harvard Medical School. She is co-author of Bright Kids Who Can't Keep Up, released in August, 2014.
at 7:12 AM