Stress and Your Child's Brain

Research suggests that children are affected by stress in surprising ways. 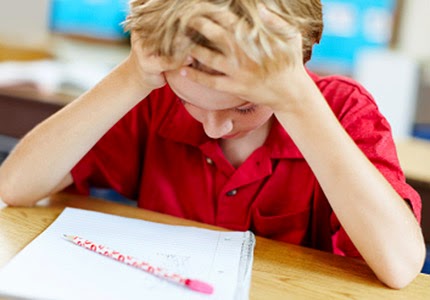 We've seen the articles, watched the 11 o'clock news reports on the "silent killer," and complained to friends and family about how stressed-out we are. While we all know that adult stress can lead to serious illnesses such as ulcers and hypertension, we don't associate these maladies with children.

But research suggests that chronically stressed children do pay a heavy price. In fact, they are at risk of cognitive damage, because their brains are not yet fully developed.

A host of statistics suggest that American children are indeed experiencing stress at new levels: suicides among adolescents have quadrupled since the 1950s; only 36 percent of 7th graders agreed with the statement “I am happy with my life;” and in the past decade, using pharmaceuticals to treat emotional disorders has shot up 68 percent for girls, 30 percent for boys.

An Ancient Response to New Problems

To get a sense of just what children are up against, it's useful to understand the physiological effects of stress on the brain.

When a child experiences stress, the hypothalamus (above the brain stem) releases a hormone that rushes to the neighboring pituitary gland. The pituitary gland then mobilizes the production of a second hormone that swims via the bloodstream to adrenal glands above the kidneys. The adrenal glands activate adrenaline and cortisol. Adrenaline accelerates the child's heart rate and elevates the blood pressure. Cortisol pumps up the blood sugar level, elevating the child's muscle and memory power and boosting the pain threshold.

So what's wrong with that, you wonder? Between increased memory power and elevated pain threshold, wouldn't this help children learn faster and better? Far from it.

Our fight-or-flight stress reaction is designed for emergency life-or-death situations. Eons ago, the physiological response to stress allowed us to escape (or battle) Paleolithic beasts, enabling us to prevail against dangers that lasted about thirty seconds.

Unfortunately, modern problems and challenges — perfectly exemplified by the 13 years of schooling expected of each child in our nation — aren't untangled as swiftly. They require long-term focus and fortitude — the very thing that stress can undermine.

Is your child caught in the rat race?

What happens when the brain is stressed — not for a few seconds, but year after year?

Stress hormones end up swamping our bodies for days, weeks, months. Research shows that cortisol, specifically, chews up the brain if it loiters there long-term. When lab rats in Israel, Germany, USA, China, and Italy were given daily injections of rat cortisol for several weeks, it killed brain cells in their hippocampus region, leaving them depressed, anxious, fearful, immature, needy, and unable to learn new behaviors (e.g. stuck in the same old "rat race)."

Chronic stress takes its toll on the brain in other ways as well.

In Why Zebras Don't Get Ulcers, Robert M. Sapolsky, a Stanford University professor of psychology, enumerated the many ways that brain functions break down when subjected to chronic stress: "Hippocampal neurons no longer work as well," "neural networks get disconnected," "the birth of new neurons is inhibited," and "hippocampal neurons become endangered." Translation: brains under chronic stress will have trouble learning new things and committing new material to memory.

In a 2006 study, researchers at Arizona State University noted that long-term stress withered the dendrites (neuron branches) in the hippocampus, and decreased dendrite length and branch numbers. Dendrites provide the avenue along which new learning takes place and hippocampus injury (central to memory functioning) leads directly to learning impairment.

None of this is good for the adult brain, but children's fast-developing brains with dendrites numbering in the millions are especially vulnerable to ravages of cortisol. Study after study has found that children who are exposed to extremely stressful situations — via violence in the home or corporal punishment — have significantly lower IQs than children not exposed to such traumas.

But newer studies suggest it's not only extreme kinds of stress that can affect kids' ability to learn and think. In 2009, Virginia Polytechnic Institute and State University scientists found that kids exposed to "household chaos" had lower IQ and more conduct problems.

A joint study between Harvard Medical School/McLean Hospital and Catholic University of Korea in 2009 found that children who experienced maternal verbal abuse had lowered verbal IQs and less white matter in their brains. (White matter affects learning by coordinating communication between different regions of the brain.)

Is it enough for parents to keep the house in order, avoid spanking (and other corporal punishment), and refrain from verbal abuse? This is certainly advisable, but experts suggest that this may not be enough to protect your child from stress-related brain drain in the home.

Parents' own stress levels can affect their children's cognition because tension is "contagious," explains David Code, author of Kids Pick Up On Everything: How Parental Stress Is Toxic to Kids. Cole asserts that in extreme circumstances, parental stress can weaken a child's brain development.

John Medina, author of Brain Rules: 12 Principles for Surviving and Thriving at Work, Home, and School echoes this sentiment: "The emotional stability of the home is the single greatest predictor of academic success. If you want your kid to get into Harvard, go home and love your spouse."

Parents may do their best to protect their children from stress, but sometimes life's twists and turns make stress unavoidable. Luckily,experts say they aren't calling for parents to cloister their children in a stress-free bubble.

Can You Cure Stress with More Stress?

Instead, they say, it's good to expose children to the right kinds of stress and teach them ways to deal with the potentially harmful kinds.

"Not all stress is bad," claims Steven Finkbeiner, professor of neurology and physiology at the University of California, San Francisco. "The act of 'learning' is a stress of sorts on the brain, but this sort of mental stress can be good… [it] can lead to the production of factors that support neuronal health and synapse formation."

It's also important to note, these experts say, that it appears that damage to children's brains caused by stress might not be permanent. "Stress effects are not 'brain damage' but reversible or treatable," claims Bruce McEwen, neuro-endocrinology researcher at The Rockefeller University.

Medina concurs: "Exercise is one of the best things children can do to combat stress. It increases neurons’ creation, survival, and resistance to damage and stress." Monica R. Fleshner, Ph.D., integrative physiologist at the University of Colorado, also agrees, explaining, "maintaining regular physical activity is one way to help promote both stress resistance and stress resilience."

It makes sense, doesn't it? Eons ago, our ancestors boldly reacted to danger using the fight-or-flight response. Afterward, they celebrated their victory with cardiovascular dancing and chest-thumping. Moonlight dancing isn't required to relieve your child's stressed-out brain, but exercise, in its myriad forms, has remained the best tension relief for humanity's offspring.

Hank Pellissier is a freelance writer on education and brain development, and the author of Brighter Brains: 225 Ways to Elevate or Injure Intelligence. He is also a SAT and SSAT tutor and director of the Brighter Brains Institute.
at 7:09 AM