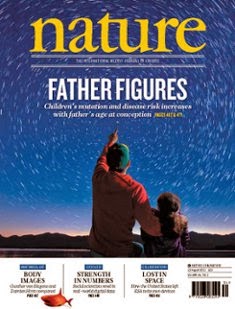 A study published in the journal Nature this week provides new insight into the role of a father’s age on his children’s risk of autism and schizophrenia.

The study, led by researchers in Iceland, found that children of older men had a greater number of new, spontaneous mutations than children fathered by younger men.

Previous studies have shown a higher rate of these new, or de novo, mutations in individuals with autism spectrum disorder (ASD) compared to those who do not have a diagnosis. The study also found a very slight association between a mother’s age and these mutations.

This suggests that a mother’s age is a much smaller risk factor for passing down these mutations than a father’s.

“This groundbreaking research has begun to uncover the reasons why older parents are at higher risk for having a child with autism,” says Michael Rosanoff, M.P.H., Autism Speaks associate director of public health research and scientific review.

Previous studies have found a greater risk of de novo mutations in children of older fathers, though this study is the largest to date. Likewise, past epidemiological studies looking at large populations have suggested that older parents have an increased risk of having a child with autism. But it was still unclear how great that risk is and if the risk is different for mothers and fathers.

In this study, researchers from the Icelandic company, deCODE genetics, analyzed the whole genome (a person’s complete set of genes, or DNA instructions) of 78 trios (a mother, father and their child). They focused on families in which neither parent had any signs of mental disorders, but the child had been diagnosed with autism or schizophrenia. This allowed them to find new mutations in the genes that were not present in the parents but arose spontaneously in the egg, sperm or embryo.

On average, fathers passed on nearly four times as many new mutations as mothers, or 55 versus 14.

A greater number of mutations does not mean that a child will definitely develop ASD. Everyone has many de novo mutations, and the vast majority are harmless.

“It is important to recognize that while being an older parent is a risk factor for autism, not all older parents will have a child with autism, just as not all parents of a child with autism were older when their child was born,” says Rosanoff. (For more on the difference between risk and cause, read this blog.)

The study provided another important finding. The researchers identified specific genes that were impacted by these mutations. “A striking finding is that two genes previously associated with autism, known as CUL3, and EPHB2, were also linked to autism in this study,” says Daniel Smith, Ph.D., Autism Speaks senior director of discovery neuroscience. This is an important step in confirming the association between these genes and autism.

“We can use this finding to understand what happens in the brains of individuals with ASD, and in turn advance our ability to diagnose and treat autism,” says Dr. Smith.

“This is a large and very well controlled study that furthers the association of paternal age as a risk factor for autism,” says Dr. Smith. “But the findings suggest risk, not cause, and would-be parents should consult their healthcare providers for further guidance.”

"While the average age of parents has increased, parental age alone cannot account for the dramatic rise in autism prevalence that we’ve seen over time,” adds Rosanoff. Other factors contribute to the risk of autism, including environmental exposures and their interaction with genetics.
at 6:35 AM