What we know about the long-term effects of stimulants taken for ADHD. 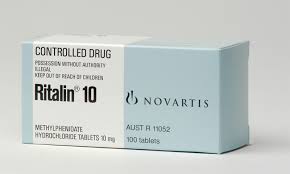 If you have a child who's been diagnosed with ADHD, you may be facing a decision whether or not to try medication. Stimulant medications have been shown repeatedly to be the most effective treatment for the symptoms of ADHD, helping kids pay attention, concentrate, manage their impulses, and avoid risky behaviors.

About 80 percent of kids who try stimulant medications for ADHD find that they have a positive effect on symptoms. To put that in perspective, there is no other medication for a psychiatric condition that has such a high response rate.

But you may have concerns about medication that affects the way your child's brain works. And if the medication is taken for a period of years, does it have any long-term effect on the brain?

When a child is taking stimulant medication for ADHD, the medication changes the level of a chemical in the brain called dopamine, which is a neurotransmitter that plays a critical role in attention and focus.

When you take Ritalin, Adderall, or any other stimulant medication for ADHD, it helps increase the dopamine in your brain to an optimal level—a level comparable to that in the brain of a person who doesn't have ADHD. It does that by blocking the action of something called a dopamine transporter, a molecule that removes dopamine from the neural pathway.

So changing the level of dopamine in the brain definitely changes the way it functions while you're taking the medication, which is the whole point. At the level they are prescribed for ADHD, these medications do not raise the dopamine level high enough to produce euphoria, and they are not considered addictive.

Do they change a child's personality?

ADHD medications should not change a child's personality. If a child taking a stimulant seems sedated or zombie-like, or tearful and irritable, it usually means that the dose is too high and the clinician needs to adjust the prescription to find the right dose.

If a child is taking the lowest possible dose that's effective for him, and still gets moody or irritable, some other kind of treatment should be tried. There is a small subset of children who react this way, and it usually happens right away, as soon as they start taking the medication, and goes away immediately when they stop taking it.

The effects of stimulant medications start and stop quickly because these medications are metabolized quickly. They do not stay in the body for an extended period of time. There are several different formulations of ADHD medications, designed to last from about 4 hours (immediate release) to 12 hours (delayed release). But all of them are essentially out of the child's system when he wakes up in the morning.

Any possible side effects, like loss of appetite or trouble sleeping, also stop when the child stops taking the medication.

Are there long term effects?

In over 50 years of using stimulant medications to counteract the symptoms of ADHD, and hundreds of studies, no negative effects of taking the medication over a period of years have been observed.

In recent years Nora Volkow, the director of the National Institute on Drug Abuse, and her colleagues have done a number of imaging studies to better understand how ADHD, and the medication used to treat it, affect the brain.

In 2013 they compared the brains of kids with ADHD before and after a year of treatment with stimulant medications. The studies showed an increase in the density of dopamine transporters—those molecules that take dopamine out of action—in the brain after treatment.

This suggests that the increase of dopamine stimulated by the medication may have prompted the brain to develop more dopamine transmitters to clear it away. How long that change might last is not clear, as the level of transporters in the brain fluctuates. But it could result, researchers note in their conclusion, in the medication not working as well as it had to reduce symptoms over the long run.

This is a subject of disagreement among clinicians and researchers. For many children the same dose (adjusted for growth) continues to work for many years. But in other kids the medication doesn't work as well after the first few months, and they need an increase in dosage to continue getting the same results.

While the dose increases are modest, they are not just a result of children growing. In the largest long-term study of ADHD treatments called the MTA study (Multimodal Treatment Study of Children with ADHD, the first month of the study was devoted to titration—adjusting the dose until they had arrived at the optimal dose for each child. But over the 13 following months, many of the children had their dosage modified to continue to get the full benefit of the medication.

A 2001 analysis of the data found that of the 198 children who were taking methylphenidate at the end of the titration period, 81 (41%) had their dose increased to maintain effectiveness. The average increase per unit of body weight was 12.4%.

The remaining 24 children (12%) were switched to either another medication or another treatment.

These findings are interpreted differently by different researchers, some seeing evidence that kids developed tolerance for the medication, other not. The author of the 2001 study, Benedetto Vitiello, MD, wrote "These data do not suggest tolerance to the therapeutic effects of MPH." He added that the fact that medication changes occurred throughout the 13-month period indicates "a need for long-term continuous monitoring."

This reflects the experience of many clinicians. Dr. Roy Boorady, a Child Mind Institute child and adolescent psychiatrist who's been treating kids with ADHD for more than 15 years, says he often increases the dosage within the first several years of treating a child. "When I treat a child from, say, age seven, I find I have to increase dose, maybe 20%, to recapture the benefit. But after 15 or 16, I find that kids end up needing less, not more."

Dr.Boorady notes that this may be the result of ADHD symptoms waning, as they often do, in late adolescence, and it's also the case that as the teenagers' livers mature, they may be able to metabolize the medication more efficiently.

But not all clinicians report the same effect, and some note that there could be other reasons for increases in dosage over the years that don't imply tolerance: As a child gets older he faces increased expectations in school, higher demand for concentration. The child gets more aware of what the medication does and might want more of that feeling.

"It's certainly plausible that there is tolerance developing very slowly over time," says Dr. Stephen Hinshaw, one of the authors of the MTA study: "We just don't know. "

Dr. Hinshaw, professor of psychology at the University of California, Berkeley, notes that sometimes after years of effective treatment, a patient with ADHD needs to switch to a medication based on a different stimulant, say from Concerta to Adderall, to maintain the effect.

Does ADHD medication lead to addiction?

A big concern about ADHD medication is the worry that kids who take them will be at higher risk for substance abuse when they are older. But several studies have shown no correlation.

The most recent research showed that while teens and young adults with ADHD are at higher risk for substance abuse than other kids, treating them with stimulant medications neither increases nor reduces the risk. What the new study shows is that the risk is linked to the disorder, not to the treatment.

The National Institute on Drug Abuse notes that addiction is a risk when these stimulants are abused, that is, taken in doses and via routes other than those prescribed (ie they are crushed and snorted or injected). Then they produce euphoria and, as a result, increasing the risk of addiction.

Hence, a history of substance abuse would be an important factor when considering whether a teenager is a good candidate for ADHD medication.