What Overparenting Looks Like from a Stanford Dean’s Perspective 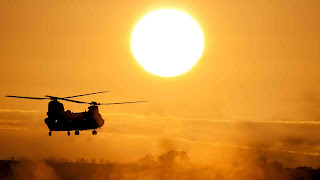 A heightened level of parental involvement in the lives of kids obviously stems from love—unquestionably a good thing. But by the time I stepped down as dean at Stanford in 2012, I had interacted not only with a tremendous number of parents but with students who seemed increasingly reliant upon their parents in ways that felt, simply, off.

I began to worry that college “kids” (as college students had become known) were somehow not quite formed fully as humans. They seemed to be scanning the sidelines for Mom or Dad. Under-constructed. Existentially impotent.

Tremendous good can be said about the baby boomers—they were drafted into and questioned the Vietnam War, lay their bodies on the line in the monumental civil rights and civil liberties struggles of their day, and fueled the greatest economic growth our nation has ever seen. But did Boomers’ egos become interlaced with the accomplishments of their children to such an extent that they felt their own success was compromised if their children fell short of expectations?

And did some of these parents go so far in the direction of their own wants and needs that they eclipsed their own kids’ chances to develop a critical psychological trait called “self-efficacy”—that is, what eminent psychologist Albert Bandura identifies as “the belief in one’s capabilities to organize and execute the courses of action required to manage prospective situations”?

There’s a deeply embedded irony here: Maybe those champions of self-actualization, the Boomers, did so much for their kids that their kids have been robbed of a chance to develop a belief in their own selves.

Did the safety-conscious, academic achievement-focused, self-esteem-promoting, checklisted childhood that has been commonplace since the mid-1980s and in many communities has become the norm, rob kids of the chance to develop into healthy adults?

What will become of young adults who look accomplished on paper but seem to have a hard time making their way in the world without the constant involvement of their parents? How will the real world feel to a young person who is used to problems being solved for them and accustomed to praise at every turn? Is it too late for them to develop a hunger to be in charge of their own lives?

Will they at some point stop referring to themselves as kids and dare to claim the “adult” label for themselves? If not, then what will become of a society populated by such “adults”?

These were the questions that began to gnaw at me and that prompted me to write this book.

These questions were on my mind not just at work but as I made my way in my community of Palo Alto, where the evidence of over-parenting was all around me—even in my own home. Many of us do some combination of over-directing, overprotecting, or over-involving ourselves in our kids’ lives.

We treat our kids like rare and precious botanical specimens, and provide a deliberate, measured amount of care and feeding, running interference on all that might toughen and weather them.

But humans need some degree of weathering in order to survive the larger challenges life will throw our way. Without experiencing the rougher spots of life, our kids become exquisite, like orchids, yet are incapable, sometimes terribly incapable, of thriving in the real world on their own. Why did parenting change from preparing our kids for life to protecting them from life, which means they’re not prepared to live life on their own?

And, why do these problems I’m writing about seem rooted in the middle and upper middle classes? After all, parents care deeply about doing a good job and if we’re fortunate enough to be middle- or upper-middle-class, we have the means—the time and disposable income—on our side to help us parent well. So, have we lost our sense of what parenting well actually entails?

And what of our own lives as parents? (“What life?” is a reasonable response.) We’re frazzled. Worried. Empty. Our neighborhoods are photo-worthy, our food and wine are carefully paired, but with childhood feeling more and more like an achievement arms race, can we call what we and our children are living a “good life”? I think not.

Our job is to monitor our kids’ academic tasks and progress, schedule and supervise their activities, shuttle them everywhere, and offer an outpouring of praise along the way. Our kids’ accomplishments are the measure of our own success and worth; that college bumper sticker on the rear of our car can be as much about our own sense of accomplishment as our kids’.

In the spring of 2013 I attended a board meeting for an organization that provides financial support to Palo Alto’s public schools. In casual conversation afterward as the parents were taking one last piece of coffee cake and heading out into their day, a woman who knows of my work pulled me aside. “When did childhood get so stressful?” she pleaded with a faraway look. I put my hand on her shoulder as tears slowly filled her eyes.

Another mother overheard and came toward us, nodding her head. Then she leaned in, asking me, “Do you know how many moms in our community are medicated for anxiety?” I didn’t know the answer to either question. But a growing number of conversations like this with moms like these became another reason to write this book.

The dean in me may have been concerned about the development and prospects of young adults who had been over-parented—and I think I’ve made better choices as a parent thanks to spending so much time with other people’s young adults. But the parent in me has struggled with the same fears and pressures every other parent faces, and, again, I understand that the systemic problem of over-parenting is rooted in our worries about the world and about how our children will be successful in it without us.

Still, we’re doing harm. For our kids’ sakes, and also for our own, we need to stop parenting from fear and bring a more healthy—a more wisely loving—approach back into our communities, schools, and homes.

Through research woven together with real-life observations and commonsense advice, this book will show us how to raise our kids to become adults—and how to gather the courage to do so.

Julie Lythcott-Haims served as Dean of Freshmen and Undergraduate Advising for over a decade at Stanford University, where she received the Dinkelspiel Award for her contributions to the undergraduate experience. A mother of two teenagers, she has spoken and written widely on the phenomenon of helicopter parenting, and her work has appeared on TEDx talks and in Forbes and the Chicago Tribune. She is pursuing an MFA in Creative Writing at California College of the Arts in San Francisco.
at 7:23 AM