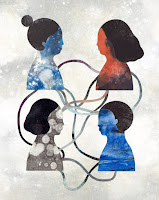 For years, there has been a steady stream of headlines about the soaring mental health needs of college students and their struggles with anxiety and lack of resilience.

Now, a growing number of educators are trying to bolster emotional competency not on college campuses, but where they believe it will have the greatest impact: in elementary schools.

In many communities, elementary teachers, guidance counselors and administrators are embracing what is known as social and emotional learning, or S.E.L., a process through which people become more aware of their feelings and learn to relate more peacefully to others.

Feeling left out? Angry at your mom? Embarrassed to speak out loud during class? Proponents of S.E.L. say these feelings aren’t insignificant issues to be ignored in favor of the three R’s. Unless emotions are properly dealt with, they believe, children won’t be able to reach their full academic potential.

“It’s not just about how you feel, but how are you going to solve a problem, whether it’s an academic problem or a peer problem or a relationship problem with a parent,” said Mark T. Greenberg, a professor of human development and psychology at Pennsylvania State University.

Echoing the concept of “emotional intelligence,” popularized in the 1990s by Daniel Goleman’s best-selling book of the same name, he added, “The ability to get along with others is really the glue of healthy human development.”

Today’s schoolchildren confront not only the inherent difficulty of growing up, but also an increasingly fraught testing environment, a lower tolerance for physical acting out and the pervasive threat of violence. (President Obama last year characterized school shootings as “becoming the norm.”)

Poverty and income inequality, too, create onerous emotional conditions for many children.

“The neural pathways in the brain that deal with stress are the same ones that are used for learning,” said Marc Brackett, director of the Yale Center for Emotional Intelligence, a research and teaching center. “Schools are realizing that they have to help kids understand their feelings and manage them effectively.”

He added, “We, as a country, want our kids to achieve more academically, but we can’t do this if our kids aren’t emotionally healthy.”

S.E.L., sometimes called character education, embraces not just the golden rule but the idea that everyone experiences a range of positive and negative feelings. It also gives children tools to slow down and think when facing conflicts, and teaches them to foster empathy and show kindness, introducing the concept of shared responsibility for a group’s well-being.

Studies have found that promoting emotional and social skills correlates with improved outcomes in students’ lives. A 2011 analysis of 213 S.E.L. programs involving 270,034 kindergarten through high school students published in the journal Child Development found that the participants demonstrated significantly improved social and emotional skills, attitudes and behavior compared with a control group, as well as an 11-point gain in academic achievement percentiles.

In a recent study, researchers from Penn State and Duke looked at 753 adults who had been evaluated for social competency nearly 20 years earlier while in kindergarten: Scores for sharing, cooperating and helping other children nearly always predicted whether a person graduated from high school on time, earned a college degree, had full-time employment, lived in public housing, received public assistance or had been arrested or held in juvenile detention.

Dr. Greenberg, a co-author of the study, saidhe was surprised by how much social competence outweighed other variables like social class, early academic achievement and family circumstances when it came to predicting outcomes. “That tells us that the skills underlying what we’re testing — getting along with others, making friendships — really are master skills that affect all aspects of life.”

At P.S. 130 in Brooklyn, where most students qualify for free lunch, a class of third graders recently sat in a circle and brainstormed, for the second day in a row, about steps they could take to prevent an aggressive boy in another class from causing problems during lunch and recess.

A 9-year-old girl said she “felt scared” when the boy chased and grabbed her; Leo, an 8-year-old with neon orange sneakers, described, with agitation, how the boy sat down, uninvited, at his table and caused so much commotion that it drew sanctions from a cafeteria aide.

“How does he really bother you?” a girl in a pink sweatshirt asked, seeking clarification, as she’d been taught.

“Because,” Leo responded, his voice swelling with indignation, “it took 10 minutes from recess!”

To advance the science and practice of S.E.L., researchers at Yale established the Collaborative for Academic, Social, and Emotional Learning in 1994; under the leadership of Roger P. Weissberg, it moved to the University of Illinois at Chicago in 1996.

Drawing on decades of research, the group set forth what it described as the five goals of S.E.L. for students:

Despite the growing demand for S.E.L., some worry that asking teachers to address feelings takes valuable time from academics. Vital subjects like science, history, art and music “are already starved for oxygen,” Robert Pondiscio, a senior fellow at the Thomas B. Fordham Institute, a right-leaning education policy group in Washington, wrote in an email.

“It’s easy to recognize the importance of S.E.L. skills. It’s much harder to identify and implement curricular interventions that have a measurable effect on them. Thus ‘what works’ tends to be defined as ‘what I like’ or ‘what I believe works.’”

Skeptics of using school time to tend to emotions might consider visiting P.S. 130, where the hallway outside a third-grade classroom is decorated with drawings made by students showing their aspirations for the current school year.

One child hopes “to make new friends.” Another wants to “be nice and help.”

And as for Leo, who is frustrated about losing 10 minutes of recess?

Underneath a watercolor self-portrait, in which his body is painted orange, he wrote: “My hope for myself this year is to get better at math.”

If S.E.L. strategies work, he will be better equipped to reach that goal.

Julie Scelfo is a former staff writer for The New York Times who writes often about human behavior.
at 8:05 AM