Understanding the Causes of Dyslexia for Effective Intervention 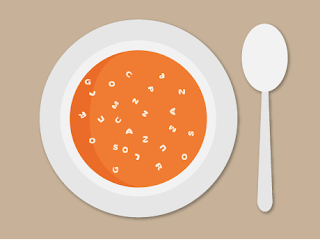 For most of the 40-plus years the term "dyslexia" has been in existence -- and although the diagnosis has long been considered a "learning disability" -- it has been based on comparisons with average readers. Simply put, a child could be diagnosed with dyslexia if he or she shows an IQ in the "normal" range but falls at or below the 10th percentile on standardized reading tests.

This cut-off has been arbitrary, often varying from district to district and based on Response to Intervention (RTI) criteria. As a result, a child who falls at the 12th percentile might be considered a poor reader while a child at the 10th percentile would be diagnosed with dyslexia.

For parents who have a child diagnosed with dyslexia, it is obvious early in the educational process that their bright child is not just behind in reading, but dumbfounded by the written word. A child with dyslexia seems to struggle at every turn.

Special educators, neurologists, and psychologists have understood that, too, and since the 1970s have assumed dyslexia has a neurological basis. "Dyslexia" stems from the Greek alexia, which means "loss of the word," and was the diagnostic term used when adults lost the ability to read after a brain injury.

Dyslexia was a term adopted to confer a lesser, though still neurologically-based, form of reading impairment in children. However, determining the neurological basis has been elusive until recently.

The Search for a Neurological Basis

In early attempts at researching the underlying causes of dyslexia in the 1970s, there were no technological medical procedures to study brain processes that might be involved in reading normally or abnormally. Because of the inability to determine the neurological cause(s) of dyslexia, in some educational circles it became synonymous with "developmental reading disorder," and the cause was deemed unimportant.

Rather, the goal was to develop and test interventions and measure their outcomes, without an effort to relate the interventions to underlying causation.

A major limitation to that approach is that it is symptom-based, yet determining the cause is essential to identifying an effective solution. When we clump children together into a single diagnostic category based on test scores, we not only fail to address what might be causing the dyslexia, but we also ignore variability in performance that limits our ability to identify individual differences.

Fortunately, advances in neuroscience, buttressed since the late 1990s by neuroimaging and brain electrophysiological technology, have led to an emerging consensus about the causes of dyslexia -- underlying capacities essential for learning to read, which emerge through brain development, are less developed in children diagnosed with dyslexia.

And the best news is that those processes are amenable to carefully designed training approaches.

In the early to mid-2000s, research on the underlying basis of dyslexia pointed to a primary problem with the phonological processing of speech sounds. Early research, summarized in Stanislas Dehaene's Reading in the Brain (2009), identified problems with phonological awareness, or the ability to segment words into their component speech sounds. More recent research has delineated why that problem exists.

These findings have led to an emerging consensus, well summarized by Jane Hornickel and Nina Kraus in the Journal of Neuroscience in 2012: dyslexia is primarily an auditory disorder that arises from an inability to respond to speech sounds in a consistent manner.

And Finn and colleagues at Yale published research in August 2014 (PDF, 4.7MB) indicating that this underlying problem with perception of speech sounds, in turn, affects the development of brain networks that enable a student to link a speech sound to the written letter.

Based on this research, reading interventions for dyslexia should be most effective if they combine auditory perceptual training and memory for speech sounds (phonological memory) with exercises that require relating speech sounds to the written letter (phonemic awareness and targeted decoding).

And, in fact, neuroscience research bears that out. Temple et al (2003) used fMRI to show that when a program with that type of intervention was used intensively (five days a week for six weeks) with 35 students (as well as three adults) diagnosed with dyslexia, not only did decoding and reading comprehension improve significantly, but brain regions active in typical readers during phonological awareness tasks were activated.

Added to the neuroscience research on causation is additional scientific research conducted by education specialists on variability in patterns of dyslexia and the importance of individualizing interventions.

Some children diagnosed with dyslexia read words as a whole and guess at internal detail, showing major problems with phonological awareness. But other children may over-decode to the point that they have trouble reading irregular sight words and read too slowly to comprehend what they have read.

Ryan S. Baker and his colleagues at Columbia University, Polytechnique Montréal, Carnegie Mellon, and other universities are researching the factors necessary for effective tutoring of students with learning issues (PDF, 682KB). Their research indicates that an effective tutor is one who considers variability and has the ability to diagnose what a student knows and does not know, and then adapt interventions to the diagnosis.

For example, if a student has trouble with decoding, interventions that emphasize phonological awareness and provide additional practice with decoding are often helpful. But for children who over-decode, programs that build fluency through repetitive guided oral reading practice may be more useful.

Baker and his colleagues have taken this research an extra step to determine the most effective intelligent tutoring systems -- technological interventions that can free up the teacher by providing adaptive tutoring programs individualized to each student.

The Potential to Retrain the Brain

Our understanding of dyslexia has come very far in the past 40 years, with neurophysiological models developed in just the past five years explaining the underlying capacities required for reading and the best methods for individualized adaptive interventions.

Fortunately, treatment options have kept pace with the research, and children with dyslexia today have the potential to train their brains to overcome the learning difficulties that earlier generations were destined to carry with them for a lifetime.

Dr. Martha Burns is a noted neuroscientist, author, and leading expert on how children learn. Burns has been a practicing speech and language pathologist in Evanston, Illinois for over 40 years. She is a Fellow of the American Speech-Language-Hearing Association, and is an adjunct Associate Professor at Northwestern University.

Dr. Burns has authored over 100 journal articles on the neuroscience of language and communication, has written three books on language difficulties associated with neurological disorders, and lectured around the world on neuroscience applications to education and clinical intervention for children and adults with communication/cognitive disorders.
at 8:31 AM