How Anxiety Leads to Disruptive Behavior 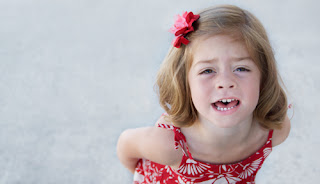 A 10-year-old boy named James has an outburst in school. Upset by something a classmate says to him, he pushes the other boy, and a shoving-match ensues. When the teacher steps in to break it up, James goes ballistic, throwing papers and books around the classroom and bolting out of the room and down the hall.

He is finally contained in the vice principal's office, where staff members try to calm him down. Instead, he kicks the vice principal in a frenzied effort to escape. The staff calls 911, and James ends up in the Emergency Room.

To the uninitiated, James looks like a boy with serious anger issues. It's not the first time he's flown out of control. The school insists that his parents pick him up and take him home for lunch every day because he's been banned from the cafeteria.

But what's really going on? "It turns out, after an evaluation, that he is off the charts for social anxiety," reports Dr. Jerry Bubrick, director of the Anxiety and Mood Disorders Center at the Child Mind Institute.

"He can't tolerate any—even constructive—criticism. He just will shut down altogether. James is terrified of being embarrassed, so when a boy says something that makes him uncomfortable, he has no skills to deal with it, and he freaks out. Flight or fight."

James's story illustrates something that parents and teachers may not realize—that disruptive behavior is often generated by unrecognized anxiety. A child who appears to be oppositional or aggressive may be reacting to anxiety—anxiety he may, depending on his age, not be able to articulate effectively, or not even fully recognize that he's feeling.

"Especially in younger kids with anxiety you might see freezing and clinging kind of behavior," says Dr. Rachel Busman, a clinical psychologist at the Child Mind Institute, "but you can also see tantrums and complete meltdowns."

Anxiety manifests in a surprising variety of ways in part because it is based on a physiological response to a threat in the environment, a response that maximizes the body's ability to either face danger or escape danger. So while some children exhibit anxiety by shrinking from situations or objects that trigger fears, some react with overwhelming need to break out of an uncomfortable situation. That behavior, which can be unmanageable, is often misread as anger or opposition.

"Anxiety is one of those diagnoses that is a great masquerader," explains Dr. Laura Prager, director of the Child Psychiatry Emergency Service at Mass. General Hospital. "It can look like a lot of things. Particularly with kids who may not have words to express their feelings, or because no one is listening to them, they might manifest their anxiety with behavioral dysregulation."

The more commonly recognized symptoms of anxiety in a child are things like trouble sleeping in his own room or separating from his parents, avoidance of certain activities, a behaviorally inhibited temperament. "Anyone would recognize those symptoms," notes Dr. Prager, who is also an assistant professor at the Harvard Medical School, and co-author of Suicide by Security Blanket, and Other Stories from the Child Psychiatry Emergency Service. But in other cases the anxiety can be hidden.

"When the chief complaint is temper tantrums, or disruption in school, or throwing themselves on the floor while shopping at the mall, it's hard to know what that means," she explains, "but it's not uncommon, when kids like that come in to the ER, for the diagnosis to end up being a pretty profound anxiety disorder."

To demonstrate the surprising range of ways young children express anxiety, Dr. Prager mentions a case she had just seen of a young child who presented with hallucinations, but whose diagnosis she predicted will end up being somewhere on the anxiety spectrum.

"Little kids who say they're hearing things or seeing things, for example, may or may not be doing that. These may not be the frank hallucinations we see in older patients who are schizophrenic, for example. They might be a manifestation of anxiety and this is the way the child expresses it."

It's not uncommon for children with serious undiagnosed anxiety to be disruptive at school, where demands and expectations put pressure on them that they can't handle. And it can be very confusing to teachers and other staff members to "read" that behavior, which can seem to come out of nowhere.

Dr. Nancy Rappaport, a Harvard Medical School professor who specializes in mental health care in school settings, sees anxiety as one of the causes of disruptive behavior that makes classroom teaching so challenging.

"The trouble is that when kids who are anxious become disruptive they push away the very adults who they need to help them feel secure," notes Dr. Rappaport. "And instead of learning to manage their anxiety, they end up spending half the day in the principal's office."

Dr. Rappaport sees a lot of acting out in school as the result of trauma at home. "Kids who are struggling, not feeling safe at home," she notes, "can act like terrorists at school, with fairly intimidating kinds of behavior." Most at risk, she says, are kids with ADHD who've also experienced trauma. "They're hyper-vigilant, they have no executive functioning, they misread cues and go into combat."

When a teacher is able to build a relationship with a child, to find out what's really going on with him, what's provoking the behavior, she can often give him tools to handle anxiety and prevent meltdowns. In her book, The Behavior Code: A Practical Guide to Understanding and Teaching the Most Challenging Students, Dr. Rappaport offers strategies kids can be taught to use to calm themselves down, from breathing exercises to techniques for distracting themselves.

"When a teacher understands the anxiety underlying the opposition, rather than making the assumption that the child is actively trying to make her miserable, it changes her approach," says Dr. Rappaport, "The teacher is able to join forces with the child himself and the school counselor, to come up with strategies for preventing these situations."

If it sounds labor-intensive for the teacher, it is, she notes, but so is dealing with the aftermath of the same child having a meltdown.

Anxiety also drives a lot of symptoms in a school setting that are easily misconstrued as ADHD or oppositionality.

"I'll see a child who's having difficulty in school: not paying attention, getting up out of his seat all the time, asking a lot of questions, going to the bathroom a lot, getting in other kids' spaces," explains Dr. Busman. "His behavior is disrupting other kids, and is frustrating to the teacher, who's wondering why she has to answer so many questions, and why he's so wrapped up in what other kids are doing, whether they're following the rules."

People tend to assume what's happening with this child is ADHD inattentive type, but it's commonly anxiety. Kids with OCD, mislabeled as inattentive, are actually not asking all those questions because they're not listening, but rather because they need a lot of reassurance.

How to Identify Anxiety

"It probably occurs more than we think, either anxiety that looks disruptive or anxiety coexisting with disruptive behaviors," Dr. Busman adds. "It all goes back to the fact that kids are complicated and symptoms can overlap diagnostic categories, which is why we need to have really comprehensive and good diagnostic assessment."

First of all, good assessment needs to gather data from multiple sources, not just parents. "We want to talk to teachers and other people involved with the kid's life," she adds, "because sometimes kids that we see are exactly the same at home and at school, sometimes they are like two different children."

And it needs to use rating scales on a full spectrum of behaviors, not just the area that looks the most obvious, to avoid missing things.

Dr. Busman also notes that a child with severe anxiety who's struggling in school might also have attentional or learning issues, but she might need to be treated for the anxiety before she can really be evaluated for those.

She uses the example of a teenager with OCD who she's "doing terribly" in school. "She's ritualizing 3-4 hours a day, and having constant intrusive thoughts—so we need to treat that, to get the anxiety under control before we ask, how is she learning?"
at 7:17 AM