Children should spend at least three hours a day performing physical activities, according to the Finnish government. 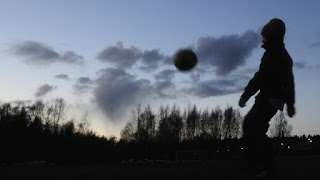 Parents have been advised to actively encourage their children to pursue hobbies and interests that require physical exertion.

Children aged eight and under have been targeted in the move.

Finland is known for producing some of the most physically fit children in Europe.

It also produces some of the highest academic results among schoolchildren in the developed world.

Finland's Minister for Education and Culture, Sanni Grahn-Laasonen, believes this is no coincidence.

"When children exercise together they develop interaction skills and connect socially, and it's healthy, too," she told local media.

How will it affect the school curriculum?


The minister's recommendation has been embraced by those who set the educational agenda, with the move expected to have a positive impact on results.

Anneli Rautiainen, head of basic education with the Finnish National Board of Education, told the BBC that schools would now be experimenting with new ways of teaching.

"In our new curriculum, we are looking at two to three hours a week of physical education and more outdoor activities. But we are also looking at non-traditional ways of teaching," she said. 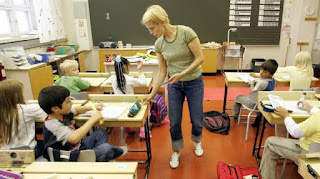 These include removing desks and chairs from some classrooms, so that children are not sitting as much while learning regular subjects.

"Some children learn very well sitting at a desk and listening, others would benefit greatly from moving around the room talking with their classmates," said Ms Rautiainen.

"The child has an active role. We will emphasise personalised learning. The learning environment should be modern and support different learners."

Finland is one of the first countries to put forward these recommendations, which will use classrooms to connect physical exercise with traditional learning.

What do young people think?

A report published last month by the child and family services change programme revealed that young people in Finland were in favour of more physical activity in schools.

The idea was widely supported among those questioned, who suggested using the school gym during breaks and increasing out-of-hours school club activities.

What is the current recommendation?

Guidelines issued by the World Health Organisation (WHO) suggest that children and young teenagers aged between 5 and 17 should perform at least an hour of moderate physical exercise a day.

But the public health body goes on to say that more than an hour will provide additional health benefits, including later in life.

Why are Finnish children so fit?

Finland's obsession with health dates back to the 1970s, when it had the highest rate of deaths from heart-related issues in the world.

This was largely due to a thriving dairy sector, which played a large part in the Finnish diet.

In an effort to tackle the issue from a young age, schoolchildren were weighed on an annual basis and the results were recorded in end-of-year reports.

If there was a problem, a doctor was called in. 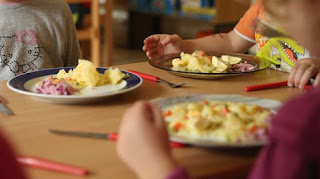 Schools in Finland are required to provide nutritional meals for young children.

This led to the Finnish National Nutrition Council, a government body that issues dietary guidelines, eventually introducing a directive that schools should not only provide free lunches, but that the food should be nutritional.

Why is more exercise needed?

According to the WHO, Finland's population is still among the healthiest, but economic, social and cultural developments through globalisation are having a detrimental impact.

As in many countries, health inequalities are on the rise in Finland.


Is Finland ahead of the game?

Finland introduced child health clinics way back in the 1940s, a pioneering move that was later introduced in other nations.

The primary focus at the time was on physical development and nutrition, early identification of abnormal conditions or disease and immunisation.

With this latest focus on physical activity among schoolchildren, Finland remains a leading nation when it comes to the health of its young citizens.
at 7:14 AM