Emerging Psychosis: When to worry about your teen’s thinking 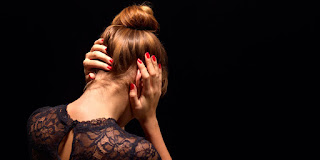 Emerging Psychosis: When to Worry about Your Teen’s Thinking

Teenagers are famous for incidents of bad judgment and poorly considered decisions; it is one of the rites of passage for parents and children to have had at least one “What were you thinking?” discussion before the teen leaves the family nest for college or employment. These events are often memorable, however, because they tend to be outliers, occurring simultaneously with instances of relatively accurate appraisals of situations and relatively adequate problem-solving as they navigate the expectations of school, family, friends, and community.

Some parents must confront a separate set of ongoing concerns about their child’s thinking that effect their assessment of the world and themselves. In this article, I will talk about the nature of psychosis, describe the changes leading up to an episode of psychosis and outline emerging models of treatment which aim to prevent the first acute episode or at least delay onset of the episode as much as possible. These findings emphasize the critical importance of early identification and treatment of symptoms to prevent or reduce future impairment.

The Nature of Psychosis
Psychosis refers to a condition in which a person has lost contact with reality and is unable to distinguish what is real and what is not. Psychotic symptoms include what are called “positive” (what is present) and “negative” (what is absent) symptoms.

Researchers have also identified subtle cognitive impairments that include:

The impact of these issues can result in severe functional deficits across a range of domains such as work, school, and relationships.


Psychosis is now thought to be a neurodevelopmental disorder, meaning that it is thought to be related to abnormalities in brain development that become apparent as the brain matures in adolescence. Psychosis is thus a condition that emerges gradually as the underlying dysfunction comes to the fore. It is also thought to be a neurodegenerative disorder, meaning that the disease causes physical changes to the brain that results in impaired functioning. These changes include, on average, slightly larger lateral ventricle and slightly less cerebral gray matter for people at the first psychotic break compared to controls. From a behavioral perspective, researchers have found that the longer people live with an untreated psychosis, the more likely they are to experience functional impairments, have a poor response to psychiatric medications, and experience a poor quality of life. These alarming findings have prompted researchers and clinicians to research the period of time before the first psychotic break, referred to as the prodromal period, where symptoms start to emerge, in an effort to discover a way to divert or slow this process.

The prodromal period is a time when “subclinical”, or milder symptoms of psychosis begin to appear. This period can vary in length from a few weeks to a few years. During this period, the adolescent or young adult may experience mild disturbances in perception, cognition, language, motor function, willpower, initiative, level of energy, and stress tolerance. These are differentiated from frank psychosis by lower levels of intensity, frequency or duration. The teen may complain of nonspecific clinical symptoms such as depression, anxiety, social isolation, and/or difficulties with school. They then may start to occasionally experience positive symptoms that are brief in duration and moderate in intensity. These events may become more serious over time, although they don’t happen often, last for only a few minutes to hours, and the person still retains some insight as to the unusual nature of the phenomena. However, this situation changes as the person comes closer to the initial psychotic break, signaled by the emergence of unusual thoughts, perceptual abnormalities, and disordered speech.

Who is most likely to move from the prodromal period to frank psychosis? Factors most predictive of this transition include people with a family history of psychosis and a recent deterioration of functioning, a history of substance abuse, and higher levels of unusual thoughts and social impairments. Other mediating factors include poor functioning, lengthy time period of symptoms, elevated levels of depression or other comorbid conditions, and reduced attention.

What factors appear to ameliorate risk of descending into psychosis? Risk/protective factors include higher premorbid cognitive skills and social skills and lack of a history of substance abuse.

How and When to Intervene

The information provided here about emerging psychosis underlines the critical importance of early intervention to address the serious and pervasive impact on functioning. Professionals who treat people at risk of psychosis are now beginning to use a clinical staging of treatment, meaning treatments should be tailored to the client’s needs, starting with safer and simpler interventions for the prodromal stages and increasingly intensive and aggressive treatment for people who are already contending with psychosis. This requires starting with what appears to be most problematic at the time for the person. For some people, this means treating the comorbid psychiatric conditions. For those who are experiencing difficulties with attention/executive function or reporting elevated levels of unusual symptoms, it may mean starting the person on an atypical antipsychotic. The use of targeted psychosocial interventions such as cognitive behavioral therapy, social skills training, and family therapy have all been found to be associated with reduced or delayed transition to first episode psychosis.

Where to Go for Help

Living in the Boston area, we are fortunate to have a wealth of resources in our hospitals and training sites that are engaged in cutting edge research and intervention to address the needs of young people who are contending with emerging psychosis. These include Beth Israel-Deaconess Hospital’s Center for Early Detection and Response to Risk (CEDAR) and the Prevention and Recovery in Early Psychosis (PREP) jointly run by the Beth Israel-Deaconess and Massachusetts Mental Health Center. Also, Cambridge Health Alliance offers the Recovery in Shared Experiences (RISE) program for the treatment of first episodes of psychosis.

Articles used for this blog:
About the Author: 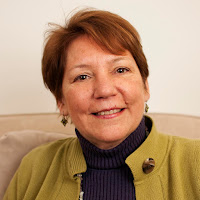 Formerly an adolescent and family therapist, Dr. Stephanie Monaghan-Blout is a senior clinician who joined NESCA at its inception in 2007. Dr. Monaghan-Blout specializes in the assessment of clients with complex learning and emotional issues. She is proficient in the administration of psychological (projective) tests, as well as in neuropsychological testing. Her responsibilities at NESCA also include acting as Clinical Coordinator, overseeing psycho-educational and therapeutic services. She has a particular interest in working with adopted children and their families, as well as those impacted by traumatic experiences.