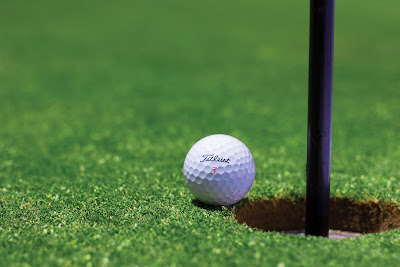 A five-year old boy, whom I will call Marcel, was referred by his parents for evaluation to determine if he had Autism Spectrum Disorder (ASD) because he isolated himself socially. With a great deal of effort, I got Marcel through the neuropsychological evaluation process and observed him at his pre-school. Results of the evaluation revealed a significant communication disorder but no other symptoms of ASD. He was socially isolated because he didn’t have the language skills to interact easily with others. Although his verbal abilities were limited, Marcel’s visual-spatial skills were superior, based on testing results. During my school observation, I was struck by his ability to focus intently, seemingly immune to distraction, on building an extensive highway system for his cars for more than an hour.

In thinking about treatment for Marcel, my top priority was to conceive of a plan for luring him out of his “own world” where he retreated much of the time to avoid the communication demands inherent in engaging his surroundings. Because the language skills of young children develop most rapidly in social contexts, increasing Marcel’s opportunities for interaction with others would be expected to improve both his language skills and his social confidence. Since people can be most readily induced to change by leveraging their strengths, I asked myself, “What activity requires superb visual-spatial skills, and the ability to concentrate for hours on visual stimuli?”, both conspicuous strengths for Marcel. I also wanted an activity that would provide ample opportunities for interactions with others but not demand it.

Deciding that Marcel was too young to become a pool shark, I recommended golf to his parents, explaining my reasoning. I told them that, in addition to using Marcel’s natural strengths to build a skill that would enhance his self-esteem, golf would provide a “controlled social arena”. Marcel could get away with socializing primarily about the game, which would require him to use a limited vocabulary (e.g. birdie, bogey, slice) whereas socializing in less controlled environments involves a broader range of topics and associated language demands.

Marcel excelled with golf, quickly mastering the game and often playing more than 36 holes during weekends, such that he was interacting with others throughout the day, instead of engaging in solitary pursuits, but still “having a break” from other people while he focused on his game. He and his family were rightfully proud of his tournament trophies and Marcel established relationships with his teammates and coaches. As he spent more time interacting with others, Marcel’s communication skills and self-confidence blossomed.

When I saw him recently for his two-year follow-up evaluation, Marcel told me that he wanted to switch from golf to tennis “because its more social”.

Leveraging a child’s strengths can be one of our most potent tools for remediating weaknesses. 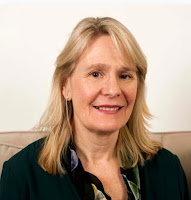 NESCA Founder/Director Ann Helmus, Ph.D. is a licensed clinical neuropsychologist who has been practicing for almost 20 years. In 1996, she jointly founded the  Children’s Evaluation Center (CEC) in Newton, Massachusetts, serving as co-director there for almost ten years. During that time, CEC emerged as a leading regional center for the diagnosis and remediation of both learning disabilities and Autism Spectrum Disorders.


In September of 2007, Dr. Helmus established NESCA (Neuropsychology & Education Services for Children & Adolescents), a client and family-centered group of seasoned neuropsychologists and allied staff, many of whom she trained, striving to create and refine innovative clinical protocols and dedicated to setting new standards of care in the field.

Dr. Helmus specializes in the evaluation of children with learning disabilities, attention and executive function deficits and primary neurological disorders. In addition to assessing children, she also provides consultation and training to both public and private school systems. She frequently makes presentations to groups of parents, particularly on the topics of non-verbal learning disability and executive functioning.
at 8:30 AM