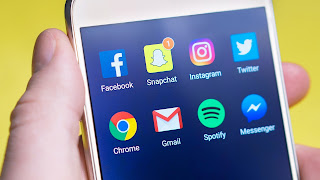 I recently had the opportunity to co-evaluate a young woman in high school who was recently suspended from school due to ongoing peer conflicts with classmates on a social media app called Sarahah. What initially started as an innocent question soon escalated into an online battle, fueled by a misunderstanding and magnified by an impulsive decision to post a verbal threat. Since that time, Sarahah has popped up in my social media feeds, particularly among parents, educators, and therapists on Facebook. Well-intentioned adults are scrambling to learn more about the app, how they can protect their children, clients, and students from the dangers of yet another social media platform which promotes anonymous bullying. This phenomenon highlights the significant and misguided, albeit well-intentioned, approach adults use to conceptualize social media and adolescent usage. It is March 2018, and Sarahah has been unavailable for download on iTunes for approximately two months. Teens have already begun to move on to the next app, while adults are only more recently learning about the obsolete app.

Some common misconception adults have about social media is that they need to know each of the apps that teens are using, an impossible feat considering the speed with which they become popular, trend on iTunes, and quickly become a relic of the past. As digitally competent adults, we are better served by understanding the types of social media apps teens use, how to talk to kids about which apps they should steer clear of and why.

Generally, there are four types of social media apps that are currently trending, moving adolescents away from typical texting to new social platforms. The first are new texting platforms, which include WhatsApp, KikMessanger, Telegram, and GroupMe. These types of apps allow teen to group chat for free in virtual “private chat rooms." Live streaming group chats are also popular because they allow multiple people to participate in a group “FaceTime” experience. Apps that offer these experiences are HouseParty, Live.ly, and Live.me.

Microblogging is another popular social media platform which allows teens to quickly post relevant information. Examples of this are classified into platforms such as Twitter or Tumblr, which allow teens to share text, GIFs, and videos, and photo-based microblogging, such as Snapchat, Instagram, and the now-defunct Vine. Of these, photo and video-based apps are more popular.

Lastly, there has been a huge shift from identifiable users to anonymous platforms, which include Yik Yak, Saraha, Spillit, Secret, Whisper, and AskFm, as well as meet-up and online dating apps. These apps include Monkey, Meet.me, Omegle, Yubo, and Tinder. Apps that promote anonymity are arguably the most dangerous, primarily because people (adults and adolescents) are more likely to say things online that they would never say to someone face-to-face, increasing cyberbullying. In a nationally-representative sample of 5,700 middle and high school students, the Cyberbullying Research Center found that over the last ten years, 27% of students had been cyberbullied at some point in their life. Further, anonymous social media apps and increased incidents of cyberbullying have been linked to multiple teen suicides around the globe.

As I mentioned in a previous post (http://www.nesca-news.com/2018/03/modern-parenting-part-2-what-are.html), talking to teens about their digital footprints is the first step in opening a social media dialogue about expected behaviors when using social media as a member of an online community, and the ramifications associated with engaging with others online. As a social media consumer, I have found CommonSense Media to be the best spot to access relevant information about not only apps but also other types of media, including movies and video games.

So, who’s right? When is it appropriate for a kid to use Instagram? A one-size-fits all approach is likely to mismatch kids, particularly those who may have complex cognitive or social-emotional profiles, with the appropriate social media platforms. Join me next week to learn more about how to start social media conversations with kids, pitfalls adults can make, and when to seek advice from a professional.

Read the rest of this series:

Modern Parenting - Part 2: What are Digital Footprints and Where Do They Lead?

Dr. Jacki Reinert is a Pediatric Neuropsychology Postdoctoral Fellow who joined NESCA in September 2017. Dr. Reinert assists with neuropsychological and psychological (projective) assessments in the Newton office and will join the Londonderry office in March 2018. In addition to assisting with neuropsychological evaluations, Dr. Reinert co-facilitates parent child groups and provides clinical consultation. Before joining NESCA Dr. Reinert worked in a variety of clinical settings, including therapeutic schools, residential treatment programs and in community mental health. She has comprehensive training in psychological assessment, conducting testing with children, adolescents, and transitional-aged adults with complex trauma.